The difference between Proud Boys and YPG 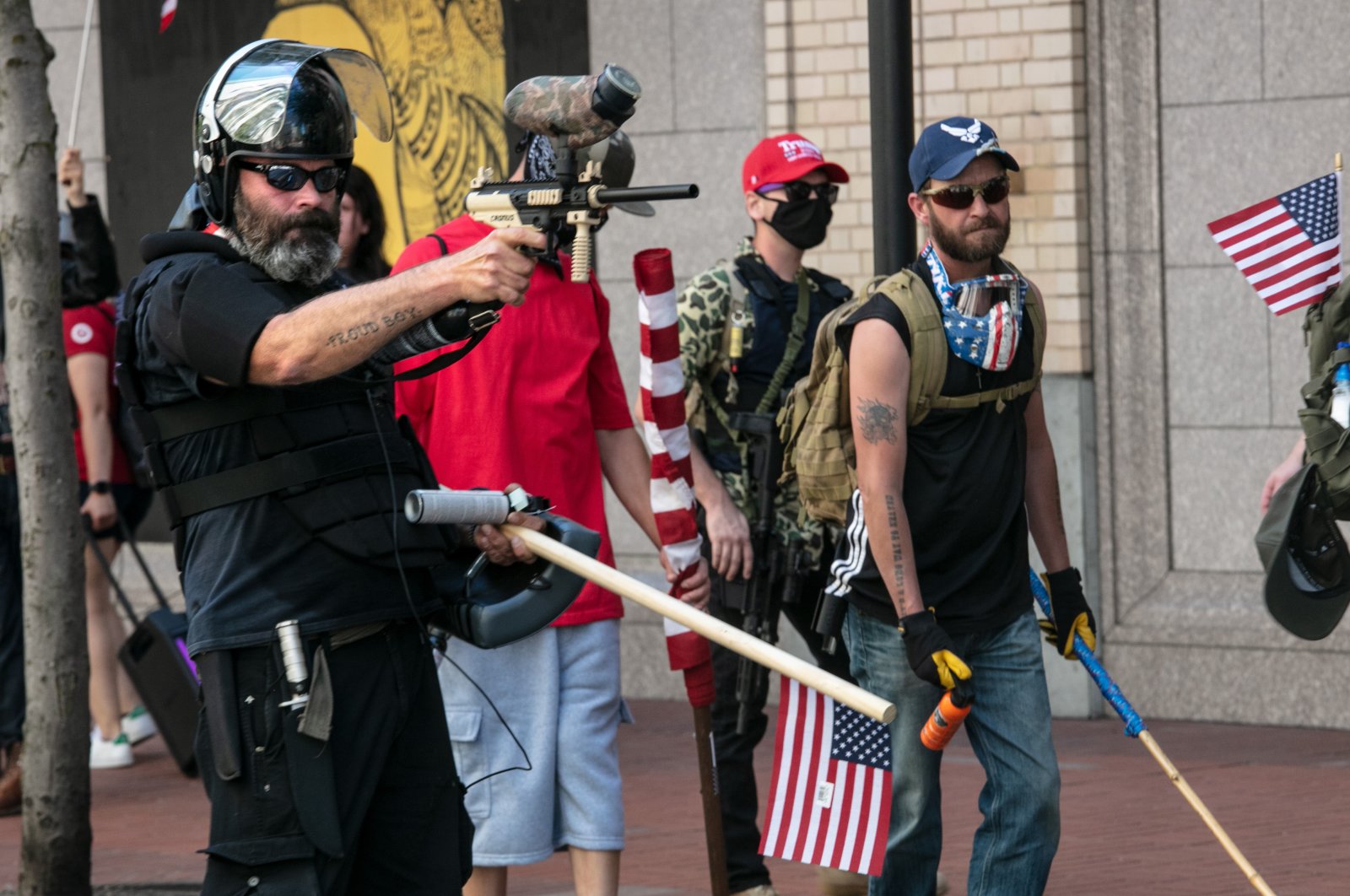 Folks living in the U.S. may have already been familiar with the name, but the world came to know the Proud Boys when they stormed the U.S. Capitol Building in Washington. According to media reports, the group played a leading role in the Capitol Hill invasion and riots. An interesting development involving the Proud Boys took place in recent days. But let me provide some information on the group first.

The Proud Boys was formed in 2016 under the leadership of Gavin McInnes, a Canadian far-right political commentator. It is one of many racist organizations that emerged out of rising xenophobia in Western societies, as the Syrian crisis triggered irregular migration and terrorist organizations like Daesh perpetrated shocking attacks in the West.

Needless to say, the social realities behind the rise of the Proud Boys are closely related to the political climate that resulted in Donald Trump’s surprise victory in the 2016 U.S. presidential election. Let me add that Western politicians nurtured such groups with their extreme rhetoric.

The group defines itself as a pro-Western fraternal organization. Their ideology is rooted in racism and white supremacy. Others say that the Proud Boys engage in chauvinistic, Islamophobic, nationalist and misogynistic acts and use such rhetoric.

Like the Trump administration, the group advocated sealing America’s borders to stop the influx of immigrants. Keeping in mind that Boris Johnson, the British prime minister, relied heavily on anti-Turkish rhetoric to win the election, it is safe to say that xenophobia was the dominant trend in politics at the time.

According to publicly available information, the Proud Boys believe violence to be legitimate. The vast majority of the group’s members are men, who allegedly participated in attacks against the Black Lives Matter (BLM) movement, which staged protests in defense of African American rights and against police brutality.

Let’s go back to that important development now: Canada has designated the Proud Boys as a terrorist entity. That’s significant, because – possibly for the first time ever – a movement that glorifies racism and violence but did not engage in violence collectively has been listed as terrorists in the West.

To make sense of what happened, I attempted to find publicly available information on the group’s criminal activities. I discovered that the organization’s members condone violence and that some of its leaders have been arrested over their alleged links to the Capitol raid. Two members of the Proud Boys, moreover, have been convicted of assaulting pro-Antifa protesters. According to sources, they regularly use knives, sticks and batons in such attacks.

There was, however, no information on other crimes involving the Proud Boys. Specifically, I could not find anything on ideologically motivated murders, bombings, intimidation or any attempt to terrorize the general population. Nor was there any reference to hundreds of armed members storming towns, killing people or attacking U.S. troops. There was no record of the U.S. military suffering losses due to the Proud Boys either.

Please correct me if I am wrong.

So, why exactly did Canada designate the Proud Boys as a terrorist organization? The authorities probably assessed that the group’s violent discourse and involvement in protests had the potential to create a serious problem down the road. In other words, they resorted to preemptive action. It seems that Canada wants to keep a lid on the Proud Boys by labeling the group a terrorist entity before it poses a more serious threat.

The question is whether the Canadian authorities were right to take such action. The glorification and encouragement of violence are considered a crime in democracies around the world. Governments occasionally resort to preventive measures to protect democracy. In this sense, I side with the Canadians.

Let’s turn our attention to the Middle East though. There, in northern Syria, an armed group that calls itself the YPG or the SDF continues its operations. It is the world’s worst-kept secret that the same group happens to be an affiliate of the PKK, which the U.S. and the European Union consider a terrorist organization. As a matter of fact, the U.S. Department of Justice highlighted that connection, in no uncertain terms, in a recently published report.

To make matters worse, that terrorist entity happens to command thousands of armed militants – who have been planting mines, killing civilians and carrying out bombings in Turkey and northern Syria. Subscribing to a radical leftist and Marxist ideology, they advocate and believe in the legitimacy of violence, murder, the kidnapping and forced conscription of children, and the production and trafficking of narcotics.

Ironically, the U.S. and Canada, which view the PKK as a terrorist organization, do not label its Syrian affiliate, the YPG, a terrorist entity. To add insult to injury, the U.S. government actively cooperates with the terrorist group.

The bottom line is that the listing of the Proud Boys is a step in the right direction. That attempt to defend democracy, however, is at odds with the West’s ties to terrorist organizations operating in northern Syria. Western nations, starting with the U.S., must drop their double standards and stop assuming that an armed organization that appears to be useful is not a terrorist entity.