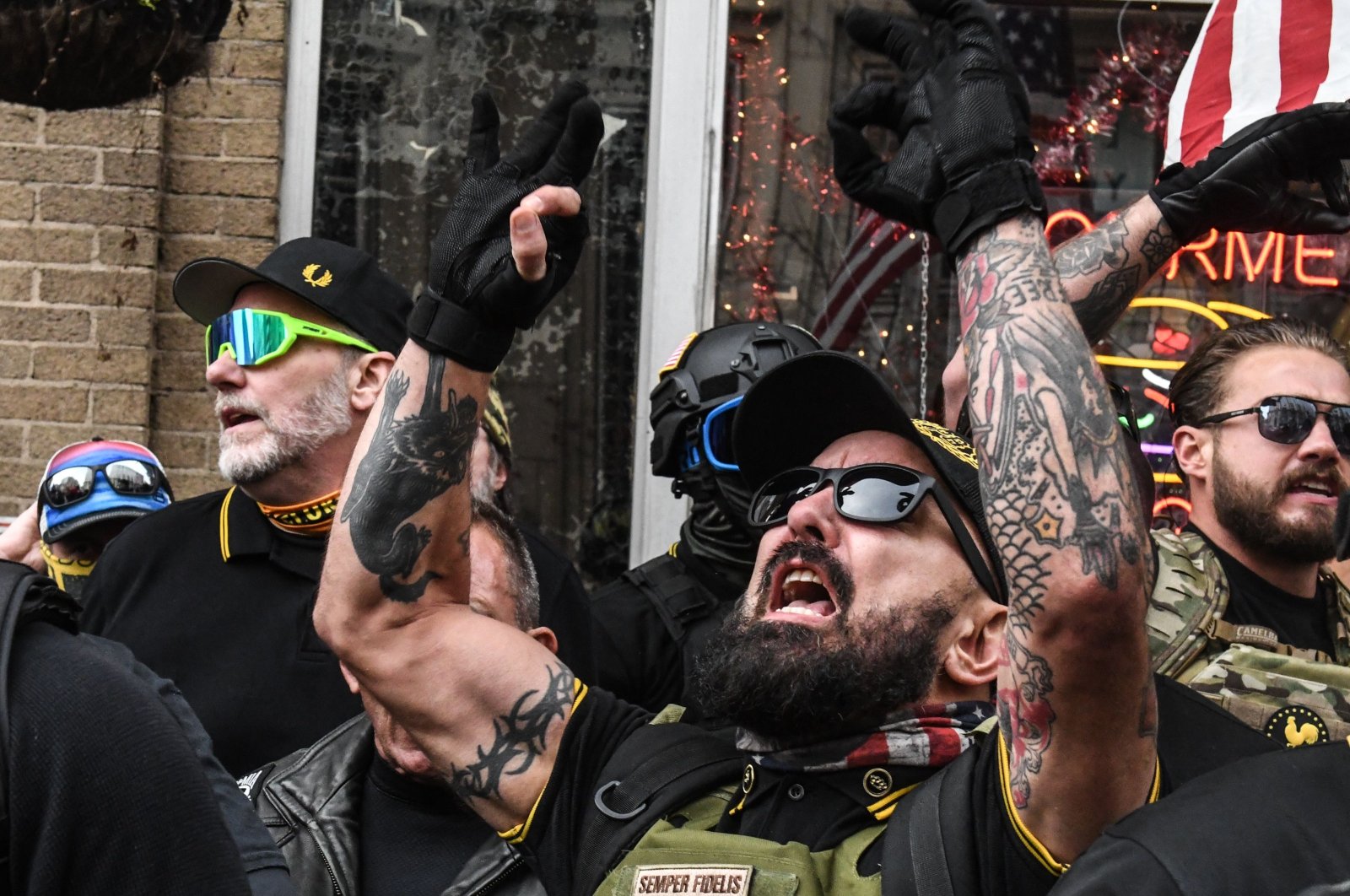 The Canadian government designated the far-right Proud Boys group as a terrorist entity on Wednesday, noting they played a pivotal role in the insurrection at the U.S. Capitol on Jan. 6.

The Proud Boys have faced increased scrutiny after seizing on the former Trump administration’s policies and the group was a major agitator during earlier protests and the Capitol riot on Jan. 6. The Proud Boys is a far-right, male chauvinist extremist group known for engaging in violent clashes at political rallies. Canada is the first country to designate them as a terrorist entity.

During a September presidential debate, Donald Trump had urged the Proud Boys to “stand back and stand by” when asked to condemn them by a moderator.

Senior officials speaking on a technical briefing said authorities had been monitoring and collecting evidence about the Proud Boys before the Capitol Hill insurrection, but confirmed that the event provided information that helped with the decision to list the organization.

“Their intent and their escalation toward violence became quite clear,” Blair said.

“There is no basis for it. It’s infringement of free speech rights. All the Canadian Proud Boys have ever done is go to rallies,” Tarrio said in a phone interview.

“They used what happened at the Capitol to push for this.”

Tarrio said the Canadian chapters are very quiet compared to their American counterparts. He estimated there are between 1,000 and 1,500 Proud Boys in Canada.

Tarrio was arrested in Washington shortly before the Capitol riot. He was accused of vandalizing a Black Lives Matter banner at a historic Black church during an earlier protest in the nation’s capital.

U.S. Federal authorities, meanwhile, arrested Wednesday a man who describes himself as the “Sergeant of Arms” of the Seattle chapter of the Proud Boys after he was charged in connection with the riot at the U.S. Capitol. He is at least the eighth defendant linked to the Proud Boys facing federal charges after thousands of pro-Trump supporters stormed the U.S. Capitol as Congress was meeting to certify Joe Biden’s presidential win

Asked whether the U.S. will follow Canada and designate Proud Boys as a terrorist entity, White House press secretary Jen Psaki said the U.S. has a domestic extremism review underway. “We will wait for that review to conclude before we make any determinations,” Psaki said.

The terrorist designation in Canada means the group may have assets seized and face harsher terrorism-related criminal penalties. A government official said just because they are a member doesn’t mean they will be charged with a crime, but if they do engage in violent acts they could be charged with terrorist crimes.

Sending money to the organization or buying Proud Boys paraphernalia would also be a crime.

“The group and its members have openly encouraged, planned, and conducted violent activities against those they perceive to be opposed to their ideology and political beliefs,” the Canadian government said in briefing materials.

The government calls the Proud Boys a neo-fascist organization with semiautonomous chapters located in the United States, Canada, and internationally. It said it engages in political violence and that members espouse misogynistic, Islamophobic, anti-Semitic, anti-immigrant, and white supremacist ideologies.

“Since 2018 we have seen an escalation towards violence for this group,” Blair said.

Blair said four right-wing groups including a white supremacist group called The Base that espoused using violence to accelerate overthrowing the U.S. government and Neo-Nazi group Atomwaffen Division were also designated as terrorist entities. They are a part of 13 additions to the list which also include three groups linked to al-Qaida and four associated with the Daesh terrorist group.

The Proud Boys were formed in 2016 by Canadian Gavin McInnes, who co-founded Vice Media. Tarrio said McInnes is no longer a member.

Nelson Wiseman, a political science professor at the University of Toronto, said Trudeau’s Liberal government is trying to attach their star to the anti-Trump sentiment prevalent in Canada.

“Since the Proud Boys are identified with Trump, they are an easy target. Had Trump won the election, I’m confident the Liberals would not have gone after the Proud Boys,” Wiseman said.

“There is right-wing extremism in Canada but much, much less than in the U.S.”