The incurious case of Donald Trump 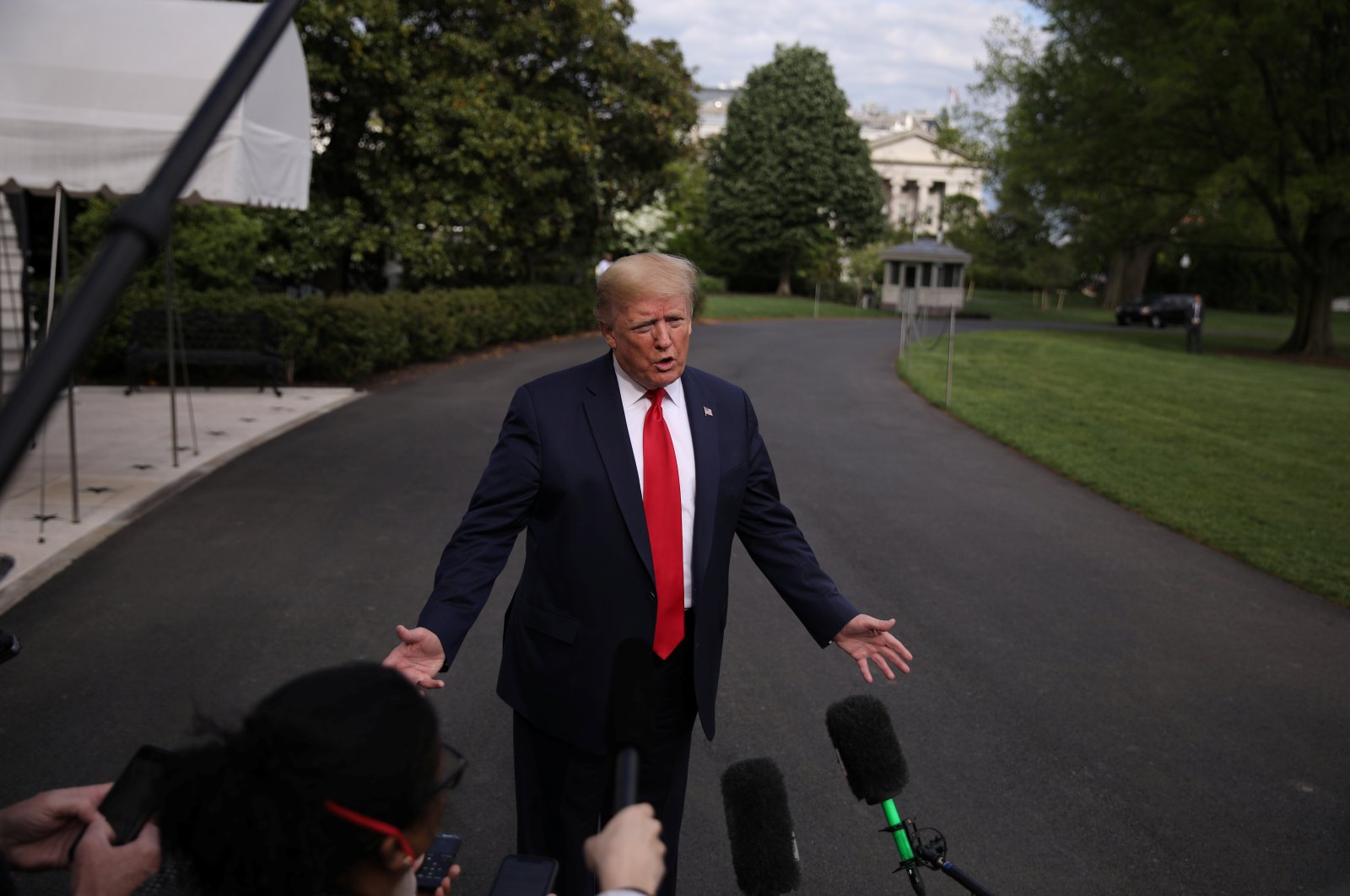 U.S. President Donald Trump knows one thing for sure: Even if the U.S. opens for business as usual, the economy will not likely bounce back fully in time for the November elections. And, with 30 million people on the list for government dole-out payments, no sitting president could hope to make it back from the ballot box.

Perhaps this very fear is what is propelling the recent bout of nervous jokes conjuring up sorcerous solutions to the COVID-19 nightmare, not to mention the whole Bleachgate affair. As with any panicky politician, Trump has a tendency for two things: Blaming others for his problems and giving the impression of being fully in control of a situation over which he has little. He claims to have seen evidence giving him a “high degree of confidence” that the Chinese manufactured the new type of the coronavirus in a laboratory in Wuhan, subsequently releasing it either accidentally or on purpose. Even his latest press secretary – the fourth in four years – couldn’t help but blurt out that the intelligence report was nothing but “an estimate.” So, Kayleigh McEnany keep your resume handy.

The claim that the Chinese are manufacturing viruses for which there is no known cure in a lab that was founded and co-operated by a French institute is so outrageous that the director of national intelligence, head of the U.S.' top spy agency, made a rare public statement invalidating the claims and backing the international scientific community's consensus that COVID-19 had natural origins. Trump should have asked the U.S.’ own biological warfare labs whether they would produce infectious agents before developing a vaccine against them.

But Trump strongly believes that China wants him to lose his reelection bid in November. Four years ago, it was Russia. Previously, he has accused Chinese officials of covering up the fact of the virus early on, claiming they could have stopped the disease from spreading.

Believing yourself to be a perfect being whose only shortcomings can be blamed on others is another psychological flaw Trump displays strongly, according to various psychiatrists and mental health experts who assessed him three years ago. In the end, he was deemed to be “dangerous” by the end of the 360-page report. Perhaps, in his mind, had the Chinese warned him in time, even before the outbreak, he would not have wasted one good month golfing around.

It used to be hard to imagine a U.S. president going around blasting the media with a barrage of insults, coining the terms “Lamestream Media" and "fake news.” He gets into acrimonious rows with reporters who, displaying mutual feelings in turn, interrupt him unceremoniously and rudely. As Conrad Clack wrote in the National Review Online: “He detests most of them, and most of them detest him.”

A lack of leadership at the White House has led to a lack of consensus on state reopenings in the U.S., as well as a number of missteps worldwide. The second and strongest comebacks of the virus – namely, in Hokkaido, Japan's second-largest island, and in Germany – are the result of the atmosphere created by the untimely rush to reopen the U.S. economy.

Trump seems to be imprudently rushing people to go back to work as soon as possible, filling metros and trains, restaurants and cafes to the brim. Americans may not be as naturally prone to bending rules as those in the Mediterranean and Middle East region – but they are not exactly Swiss, either. Over the last couple of weeks, they have proven that social distancing is not their strongest point when fighting contagious diseases – ignoring both the risk posed by the virus and logic itself.

With much at stake, the grown-ups in the room – minus the vice president – should do their best to allow the largest economy in the world to resume its role as a global leader.

What the U.S. needs is to assign as many health workers as possible to the task of tracing all individuals who have been in contact with those infected over the past two weeks and isolate those who test positive in hospitals. Many EU countries are not doing this because they do not have the resources. But for the U.S., this is feasible.

Now more than ever it is clear: When America sneezes, the world catches a cold.