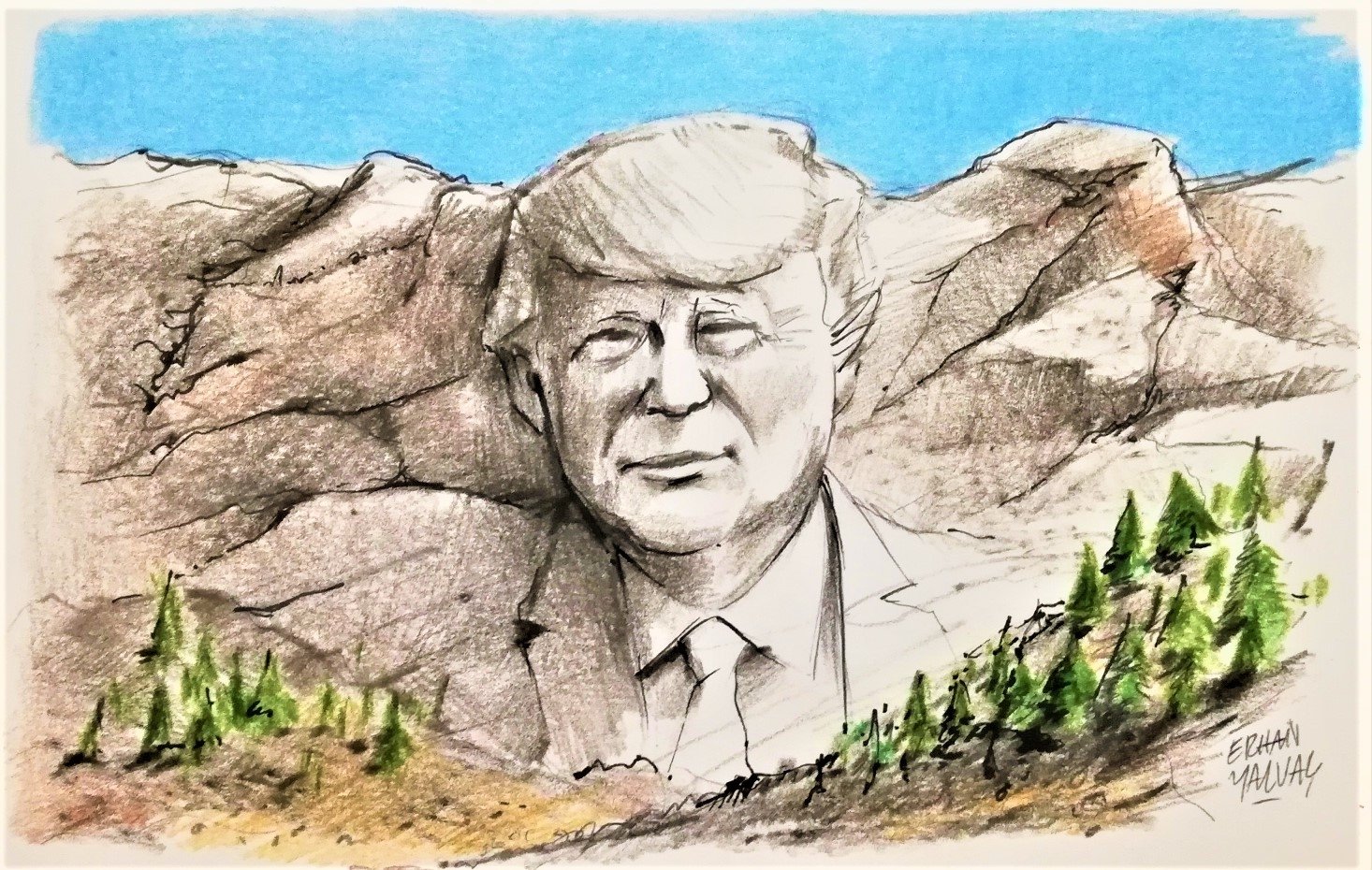 U.S. President Donald Trump has been out on a limb since the U.S. Capitol storming, reminiscent of a Western movie.

In the wake of the bizarre incident, just days before Jan. 20, when his opponent, Joe Biden, is set to take office, the country now debates Trump's impeachment. Trump staying in the White House for another week is said to be one of the greatest dangers to the U.S. and global democracy.

Actually, “debate” is too weak a word to describe the situation, given that the criticisms of Trump following the Capitol incident have snowballed into a global lynching campaign.

The topic of democracy has dominated conversations about the Capital storming, which provided a synopsis of what the Trump era was like. Now, everybody is on board to target the outgoing president.

This does not just apply to politicians but to financial circles that managed to seemingly remain neutral over the course of Trump's presidency.

Imagine, a spokesperson for Signature Bank, where Trump has $5.3 million stored, announced the closure of his personal accounts and called for his resignation. This was soon followed by Deutsche Bank, which announced its decision to half business with Trump.

Demonizing a politician for losing an election is an unprecedented move, especially for the U.S., which claims to “export democracy” to the world and accuses many other countries of being “banana republics.”

Moreover, as the reactions to Trump escalate, people get distracted by the cover-up.

No one wants to hear or discuss Trump’s reaction to what happened. His warnings when a group of strangely dressed men headed for the Capitol building after the rally are being ignored.

Trump recently released a video message on his Twitter account. He called the Capitol incident a “heinous attack,” saying, “Like all Americans, I am outraged by the violence, lawlessness, and mayhem.”

Noting that he deployed the National Guard and federal security forces to ensure public order shortly after the events began, he added that the U.S. has always been and should continue to be ruled by law. His words to the rioters were strong, saying: “You do not represent our country. And to those who broke the law: you will pay.”

Some argue that Trump should have taken into account the consequences of calling his supporters to rally in the streets.

Although the argument is justified, it fails to explain why the global mainstream media, Democrats and software companies banned Trump's accounts on social media platforms, silencing him and creating the perception that he was the mastermind behind the Capitol storming.

Many questions remain unanswered. For instance, you can be detained for simply passing the Capitol building twice, so why was the responsibility placed on a few police officers to shoulder the burden of a mass demonstration?

Moreover, warnings had been made days in advance.

Above all, why would a politician who secured half of the country's vote stage a coup led by confederate flag-waving, half-naked protesters dressed in animal hides and horns?

Regardless of the popularity of the witch hunt against Trump and however tempting it may be to participate, thanks to the systematic campaigns made against him throughout his term, it is time to let our questions go.

It has become apparent that certain circles, hoping to stop "Trumpism" in its tracks, have focused their efforts on destabilizing global democracy.