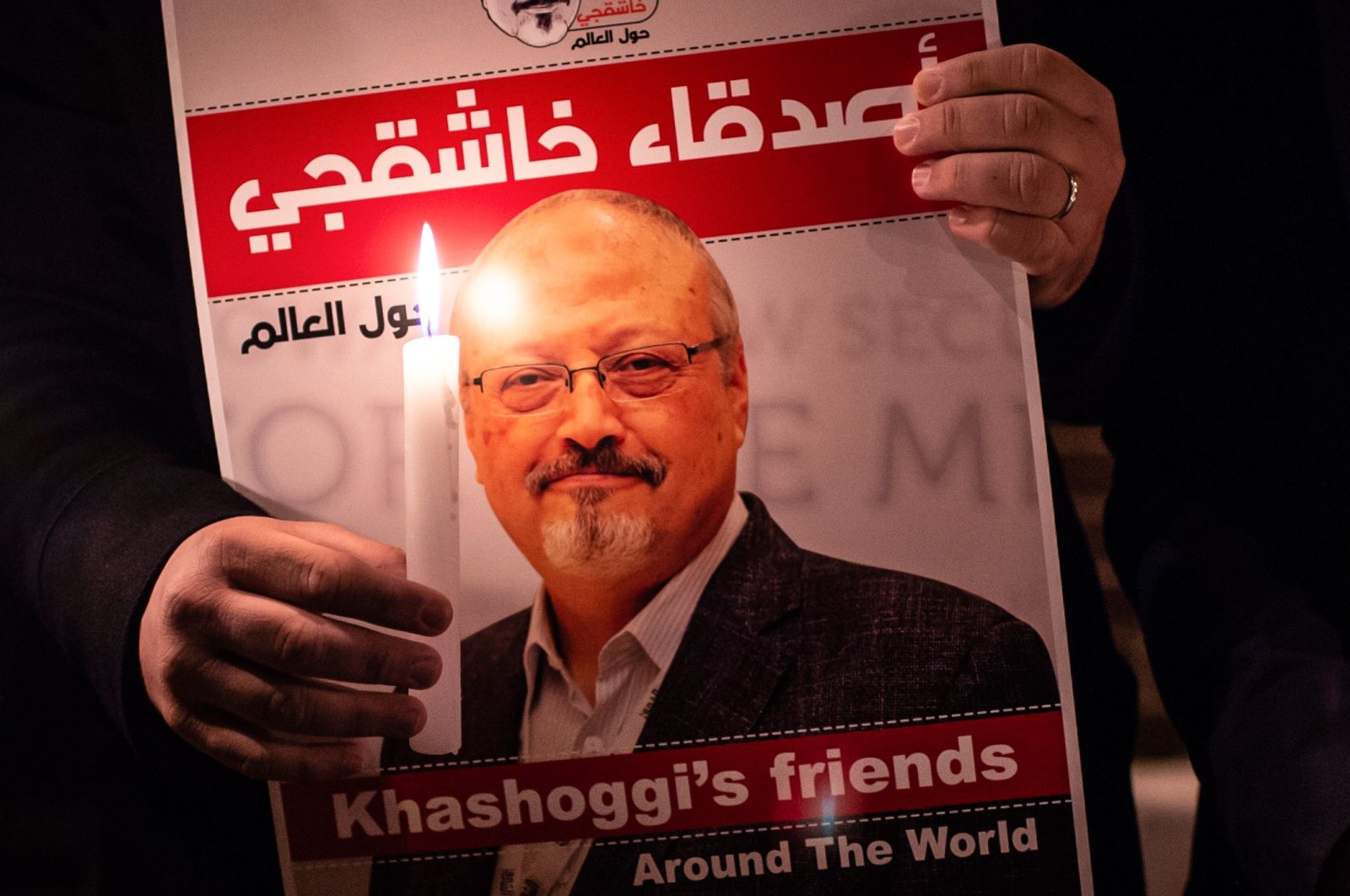 On Friday, 20 Saudi nationals went on trial in absentia in Turkey for the brutal murder of Saudi journalist Jamal Khashoggi on Oct. 2, 2018, inside the Saudi Arabia consulate in Istanbul. Since the Saudi government has refused to extradite the suspects, none of the accused were present in the courtroom.

Khashoggi, a Saudi Arabian dissident, author, columnist and prominent critic of Crown Prince Mohammed bin Salman (MBS), was killed by a squad of Saudi agents. Lured to the consulate building under the ruse that he would receive legal papers for his upcoming wedding, he was ambushed, suffocated and dismembered by 15 Saudi assassins who had traveled to Istanbul specifically to commit this murder. As Khashoggi's final moments were captured in audio recordings, the Turkish investigation concluded that Khashoggi had been strangled as soon as he entered the consulate building and that his body was dismembered and disposed of.

Some of the members of the squad are closely connected to MBS. The Saudis made an extensive effort to cover up the killing, but it was the worst cover-up of all cover-ups. They tried to destroy the evidence inside the consulate and the consulate general’s residence before letting the investigating team enter the crime scene. This all happened in front of the cameras which were filming the story outside the consulate and the residence. Days after the Saudi government’s denial and false claim that Khashoggi had left the consulate, Riyadh finally admitted that Khashoggi had been killed in a premeditated murder.

However, the kingdom denied that the killing took place on the orders of MBS and that it was a premeditated, planned murder. MBS later said that he was responsible for the killing “because it happened under my watch.”

A mockery of justice

As the murder prompted intense international criticism of the Saudi government, the U.N. special rapporteur on extrajudicial executions, Agnes Callamard, launched an investigation into the murder and concluded that it was “a brutal and premeditated killing, planned and perpetrated. Callamard's November 2019 report also detailed the role of the Saudi consul general in Istanbul in the coordination of the killing, rebutting Saudi’s latest claim that the murder was an unauthorized act by rogue operatives. The special rapporteur called for a criminal investigation by the United Nations, and, given that Khashoggi was a resident of the U.S., she said the FBI should also investigate the murder. By November 2018, the CIA had already concluded that MBS had ordered Khashoggi’s assassination based on multiple sources of intelligence, The Washington Post reported.

In January 2019, the Saudi government began trials of 11 Saudis accused of involvement in Khashoggi's murder. In December 2019, following secret proceedings, a Saudi court acquitted three defendants, and sentenced five defendants to death and the other three to prison terms.

One of the acquitted defendants was Saud al-Qahtani, a media consultant, close adviser and friend to crown prince MBS, and the other was Ahmed al-Asiri, a close confidant and adviser to the MBS. Al-Qahtani had reportedly overseen the killing of Khashoggi, among other interrogations and torture, while it was reported that MBS assigned al-Asiri to the mission to execute Khashoggi inside the consulate. The U.S. intelligence community identified al-Qahtani as the ringleader of the assassination of Khashoggi.

On the other hand, the five men sentenced to death were “essentially foot soldiers in the killing,” according to reports. They were eventually legally pardoned in May 2020 by Khashoggi’s children. It is highly possible that the family was threatened by the Saudi government. The children’s pardon was a step toward the killers' release. So, we can say that this was the final act in the Saudis' parody of justice.

According to Istanbul’s chief public prosecutor, Saud al-Qahtani and Ahmed al-Asiri are also charged with Khashoggi’s murder in the lawsuit in Istanbul.

Among those who testified at the opening session on Friday was Zeki Demir, a Turkish citizen who worked as a handyman at the Saudi consulate. Giving a piece of crucial evidence, Demir told the court that he was called to the consul general's residence on the day Khashoggi disappeared and asked to light an oven used for barbecues.

“There were five to six people there,” he said. “There was an air of panic ... It was as if they wanted me to leave as soon as possible.”

Demir’s statement confirms my claims in a column on Oct. 18, 2018. I had written that I had talked to one of the neighbors close to the consul's residence who had observed an unusual barbecue party, and I had suggested that it might have been to mask the smell from the incineration of the dismembered corpse:

"We have been living here for 12 years, but I have never seen them having a barbecue party. That day, they had a barbecue party in the garden,” the neighbor had told me.

Meanwhile, in April 2019, Turkey arrested two Emirati citizens who were accused of spying for the United Arab Emirates. One of the two committed suicide in his cell, but the investigation is still ongoing. Along with accusations of their spying activities in Turkey, they were also suspected of being involved in the murder of Khashoggi as they arrived in Turkey right after the murder on Oct. 2, 2018. I do not think that those spies were directly related to the horrific murder. However, they probably gathered information about Turkey’s investigation into the murder, or maybe they even tried to help the Saudi consul cover up the crime. The Emirati consulate in Istanbul is almost 30 meters (98 feet) away from the Saudi consul’s residence, which is around 200 meters away from the Saudi consulate.

Did the UAE help Saudi Arabia cover up the murder?

On the other hand, we should not forget that one of the private jets that brought the killer team to Istanbul and carried them back landed in Dubai before heading to Riyadh. Although the UAE was not in on Khashoggi's murder, Abu Dhabi has tried its best to support MBS in the aftermath and gave advice on how to get away with Khashoggi’s murder, in my opinion.

The sham trial in Saudi Arabia might have been the idea of Muhammed bin Zayed (MBZ), the crown prince of Abu Dhabi and the de facto ruler of the UAE, who is a close friend and the mentor of MBS. Here, let’s note that UAE Minister of State for Foreign Affairs Anwar Gargash said that the kingdom’s handling of the trial confirmed “the independence, integrity and efficiency” of the Saudi judiciary after the verdict, although the rest of the world knows that it was a disgrace. It was also reported in 2018 that Saudi Arabia and the UAE had possibly hacked Khashoggi’s phone, with the assistance of an Israeli firm and knowledge of the Israeli Ministry of Defense. Moreover, in 2019, Saudi Arabia appointed former media chief Turki Aldakhil as its ambassador to the UAE just days after it was revealed that MBS told him he would “use a bullet” on Khashoggi if he did not return to the kingdom, according to The New York Times report.

There are quite a lot of intriguing facts that cause one to suspect the UAE’s support to Saudi Arabia in the kingdom’s efforts to silence Khashoggi and whitewash its horrific crime, and it is not surprising as the UAE is the closest ally of Saudi Arabia. As a matter of fact, the UAE does not hide that it stands strongly with Saudi Arabia in all efforts, and it rejects all the accusations of the international community. According to the UAE, these are all attempts to exploit the case of Khashoggi to interfere in the internal affairs of Saudi Arabia.

Before Khashoggi's murder, MBS was spending millions of dollars on his image to be portrayed as the new revolutionary leader of the Middle East. He was said to be counseled by MBZ, with Jared Kushner, U.S. President Donald Trump's son-in-law and senior adviser, enjoying their company very much. All the Westerners were somehow ready to ignore the country's horrific human rights records and help him shine in his “liberal savior” image. There was a race in the Western world to declare him a leader reforming and modernizing Saudi Arabia. He had toured Western capitals and dined with European leaders. It looked as if he had all the wind that he needed. Glossy magazines put him in the headlines as the face of the “New Kingdom.” His pictures were on billboards, buses and taxis in capitals such as London and Washington as if he were bringing promising changes to Saudi Arabia.

But the open secret behind the crown prince's huge public relations campaign was that the human rights violations in Saudi Arabia were worse than at any time in the country's history. Not only human rights activists or the opposition to the Saud dynasty, but also even people who had good relations with the kingdom in the past and had started to criticize the crown prince's policies were not feeling safe in their homeland. The brutal killing of Khashoggi at the Saudi Consulate in Istanbul proved that their fears were true: They were not safe even if they left Saudi Arabia.

With Khashoggi’s death, all the efforts of MBS, advised by MBZ and Kushner, came to nothing. The short-term “poster-boy” image of MBS in the West was tarnished. He tried everything to get rid of Khashoggi's mark on his image. He declared new social reforms even though he had lost his charm for many around the world. But what he has done to regain his good reputation is in vain.

No matter what, he will eventually become the king of Saudi Arabia, though we have not seen him recently smiling with confidence in front of the cameras. That is why the UAE has stepped in to gloss over what had happened. Lobbying in Western countries, Abu Dhabi tries to bring MBS back on stage. I have bad news for them: Even if he spearheads further reforms as a crown prince, achieves the goal of making Saudi Arabia a modern country as king and lives very long, the ghost of Khashoggi will continue to haunt him throughout his whole life, and he will never be able to wipe this shameful mark off his chest.