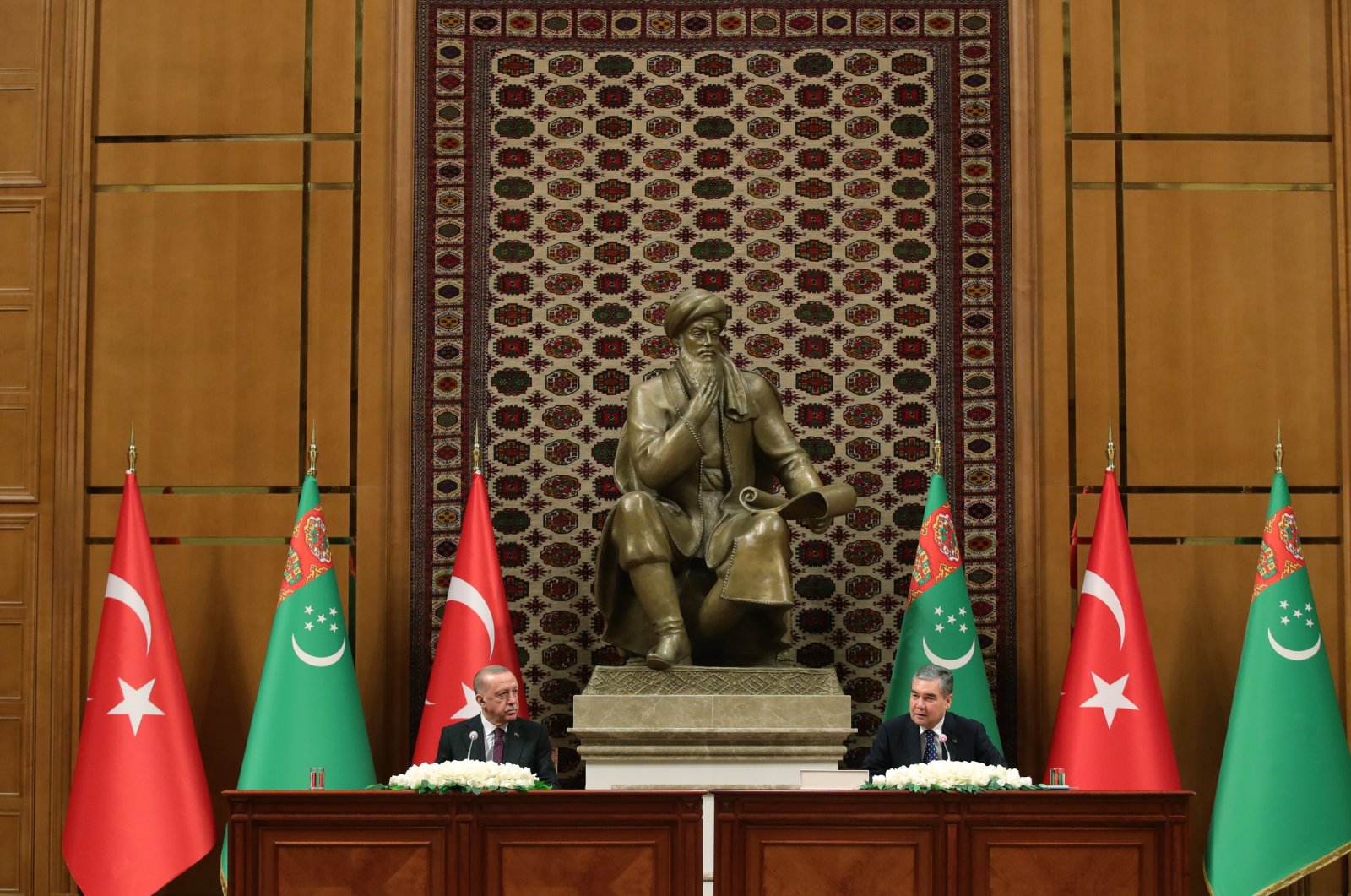 President Recep Tayyip Erdoğan recently attended the Economic Cooperation Organization (ECO) summit in Ashgabat, Turkmenistan. The event, whose theme was "Together into the Future," focused on its Vision 2025 and increasing the ECO’s annual trade volume to $100 billion. Noting that major transport routes connected Turkey with Azerbaijan, Iran, Central Asia and Pakistan, Erdoğan stressed the importance of fighting terrorism, regional cooperation and rebuilding Afghanistan’s economy to prevent another refugee crisis.

On the flight back from Turkmenistan, he spoke with a group of journalists, including myself, and expressed his satisfaction with the increasing frequency of his meetings with leaders from the Turkic world. Recalling the Nov. 12 summit of the Organization of Turkic States in Istanbul, Erdoğan praised Turkey’s strengthening cooperation with the Turkic world as follows: “We are taking steps toward making a quite unique organization a reality. That is obviously a source of pride for us all. Back in 2013, I said that the 21st century was going to be Turkey’s century. That, of course, meant that Turks around the world were going to make it such a century themselves. At this time, we find ourselves in that situation.”

Turkey has recently attached special importance to the Caucasus and Central Asia. Changes in the geopolitical environment have encouraged those regions to reciprocate Turkey’s interest and the Turkic republics to redouble their integration efforts. Although history, culture and ethnic ties factor into that pursuit, the driving force has not been ideology, e.g., nationalism or Turanism. The change that Azerbaijan’s victory in Nagorno-Karabakh brought about, coupled with the United States withdrawal from Afghanistan, were far more significant. It goes without saying that the U.S. retreat and the Taliban’s quick recovery created a new balance of power in Central Asia. Afghanistan’s neighbors are concerned that the Taliban’s victory may embolden radical movements and terrorist groups. It is possible to argue that that concern expedited the rapprochement between the Turkic republics and Turkey.

Moreover, Turkey’s growing influence in the region serves to counterbalance Russia. As such, the ability of those two countries to make a new kind of relationship, a combination of competition and cooperation, in the Caucasus is widely viewed as a stabilizing factor. In this sense, it would be wrong to treat Turkey’s growing interest in the Caucasus and Central Asia as anti-Russia or anti-Iran. Indeed, Erdoğan does not believe that Russia has any reason to worry about the Turkic world’s integration, even though the Russian media pushes the narrative that his country threatens to almost meddle in Russia’s internal affairs by becoming more influential over the former Soviet republics. Instead, he recalls the accomplishments of his leader-to-leader diplomacy with President Vladimir Putin.

At a time when the world keeps heading toward more disorder, it serves the interests of Russia, Turkey and all other Caucasus and Central Asian countries to ensure the stability of those regions, to facilitate trade and to promote security. At this time, middle powers need to take initiative to address nearby crises and launch cooperation attempts. Turkey was one of the first nations to realize that.

Some observers thought that the normalization between Turkey and the United Arab Emirates (UAE) represented a return to traditional foreign policy. Putting diplomacy first is an indispensable method against the backdrop of tensions. To suggest that one ought to speak to anyone, avoid tensions at all costs, and enter into negotiations with any party is not enough to look out for the national interest. Pushing back against maximalist demands, for example, is inevitable. Indeed, normalization occurs when the balance of power shifts and rival powers come to terms with the limits of their own power. Turkey boosted its regional influence by using both soft and hard power in Syria, Libya, Nagorno-Karabakh and the Eastern Mediterranean. All those steps have clearly encouraged the rest, including the UAE, to go over their original calculations.

One thing is clear: In a world, where great power competition intensifies, foreign policy without hard power does not amount to a realist alternative.