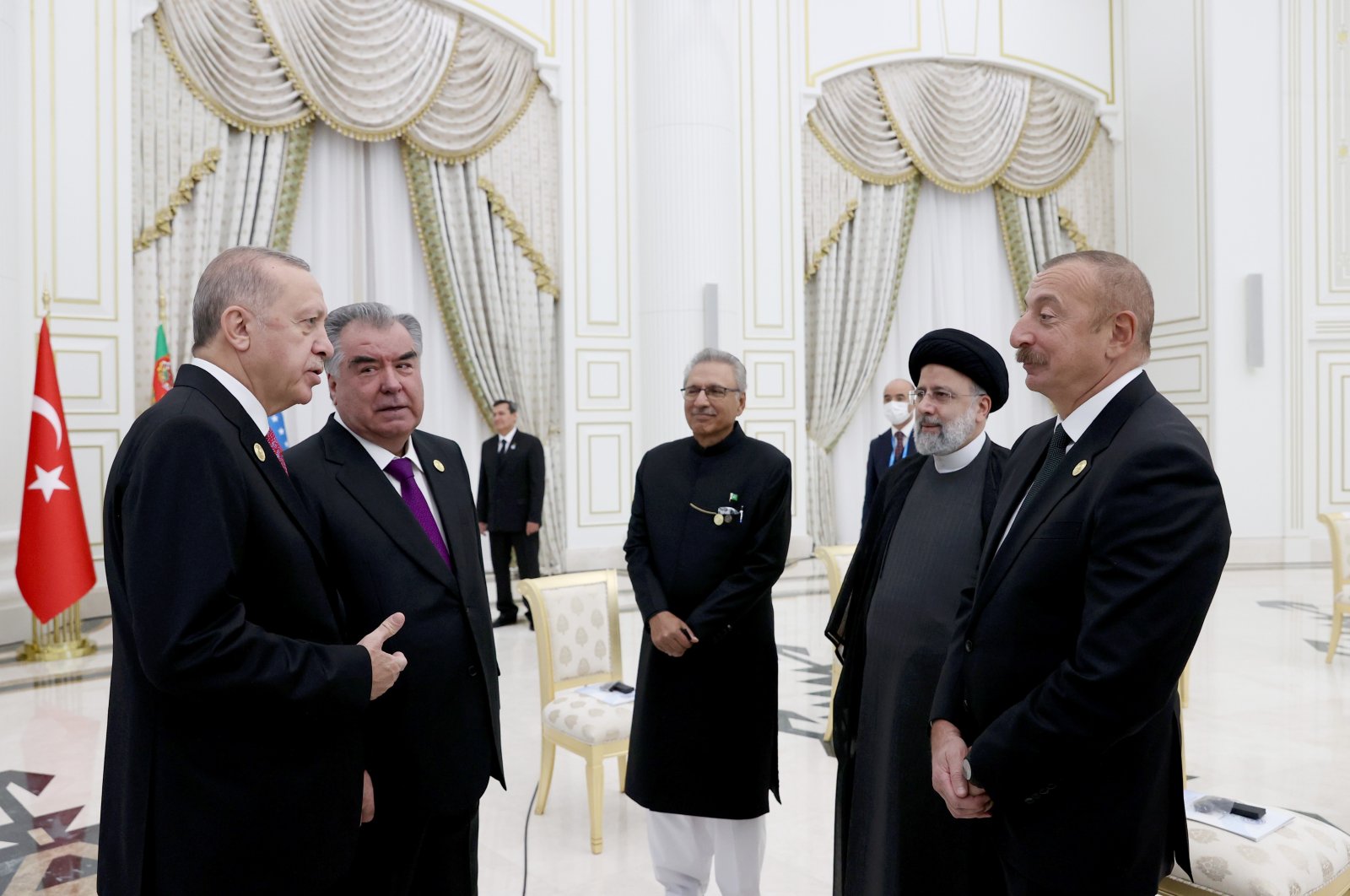 Speaking at the 15th summit of the ECO at Turkmenistan's capital Ashgabat, Erdoğan spoke about the economic potential of the region, the impact of COVID-19 worldwide, the issue of Cyprus and terrorism.

"We should make more use of the high potential offered by our geography, which has a population of approximately 500 million in an area of 8 million square kilometers (3.09 million square miles)," Erdoğan said.

"We must intensify our efforts to increase our trade volume to the level of $100 billion (TL 1.2 trillion); in this context, we must first implement the ECOTA trade agreement, which is among the strategic goals of the 2025 Vision document," he added. The Economic Cooperation Organization Trade Agreement (ECOTA) is a trade agreement that was signed in 2003 between 10 countries, including Turkey and Turkmenistan, to form a preferential trade region.

Stressing that the agreement, which has not been implemented for 17 years, was the main instrument that could help reach intra-regional goals, Erdoğan said that the Istanbul-based ECO Bank could function efficiently to develop member countries once its institutional and financial capacities are enhanced.

Furthermore, the president noted that the improvement of the transport infrastructure within the region along with efforts to revive the Silk Road continued at full pace.