What's next after Minneapolis? 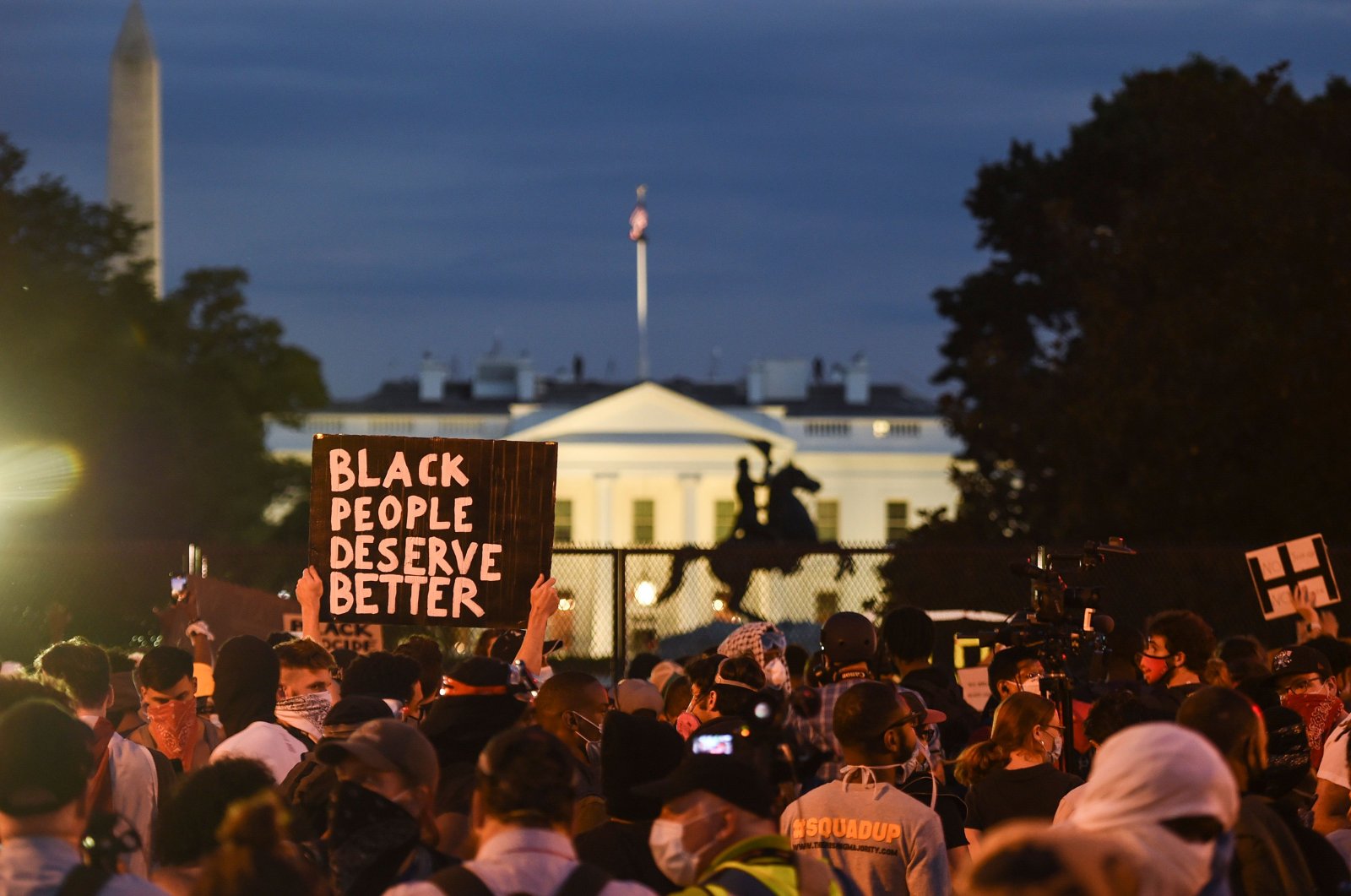 Demonstrators protest the death of George Floyd near Lafayette Square across from the White House, Washington, D.C., June 2, 2020. (AFP Photo)
by Burhanettin Duran Jun 04, 2020 12:05 am
RECOMMENDED

A wave of protests has been shaking the United States for the past week. The riots, which started in Minneapolis when a white police officer caused an African American's death by kneeling on his neck for more than nine minutes, spread to 25 major cities. As the initially peaceful anti-racist protests took a violent turn, the United States government deployed the National Guard and military units. The media reports, depicting streets on fire, luxury stores being looted and soldiers on the ground, make the U.S. seem like a Middle Eastern or African nation grappling with civil war.

Obviously, racism and police brutality is not new in the U.S. George Floyd shared the same fate as a number of African Americans, including Breonna Taylor, Freddie Gray, Philando Castile, Alton Sterling, Sandra Bland, Laquan McDonald and Tamir Rice, who died at the hands of police officers.

The main cause behind America’s problem is its inability to root out racism. Against the backdrop of the fabled American dream, most blacks are unable to find a way out of unemployment, drug abuse, poverty and systemic racism. The bloody history of race relations indeed casts a long shadow. Although opponents of slavery won the American Civil War, which claimed 750,000 victims, in the 1800s, racism has never been eradicated, nor did the civil rights movement of the 1960s, despite the criminalization of institutional discrimination. On top of the ever-deepening income gap, police brutality often made daily life insufferable for African Americans. Racism reared its ugly head yet again in the Democratic stronghold of Minneapolis. That the police officer, who killed George Floyd over a suspected counterfeit $20 bill, wasn’t arrested until the public outrage, too, was a disaster.

Throughout history, there has been no shortage of anti-racist protest movements in the U.S. either. But why did the country’s oldest and deepest fault line rupture this time? Why did the Minneapolis riots spin out of control – unlike Detroit (1967) or Los Angeles (1992) or Missouri (2014) – to turn into “the American Spring” or a second civil war?

Although U.S. President Donald Trump’s statement did little to calm down the protestors, the amount of violence and looting is indeed frightening. Some observers even looked for Russian involvement in the riots.

Many people expected domestic turmoil and social upheaval in countries that managed the coronavirus outbreak poorly. That the first such phenomenon manifested in the United States, whose population has been severely distressed under lockdowns and skyrocketing unemployment, was hardly surprising. The United States, where tens of millions have claimed unemployment benefits in recent weeks, is home to the world’s most brutal brand of capitalism and the weakest welfare state among democracies. It would seem that the elites of the U.S. won’t just debate their country’s global role in the post-pandemic period. They will also be preoccupied with socioeconomic and ideological fault lines, including racism and income inequality.

With the U.S. presidential election just months away, racist violence and anti-racist protests are likely to make their mark on the campaign period. Notwithstanding criticism of his handling of the crisis, Trump will certainly exploit the torching of police headquarters and the looting of certain stores for political gain. He will also blame the poor living conditions of African Americans on the Democrats. We cannot rule out that "black anger" won’t provoke "white anger" – which was influential in Trump’s 2016 victory. American politics will be extraordinarily tense until November. Neither Trump nor those trying to remove him from office will give up easily.

Governments around the world must draw the right lessons from the U.S. protests. The post-coronavirus period has kicked off with new normals and masked protestors. All societies must remain vigilant to ensure that their handling of the crisis won’t trigger any fault lines.