Which alliance will the Felicity Party side with? 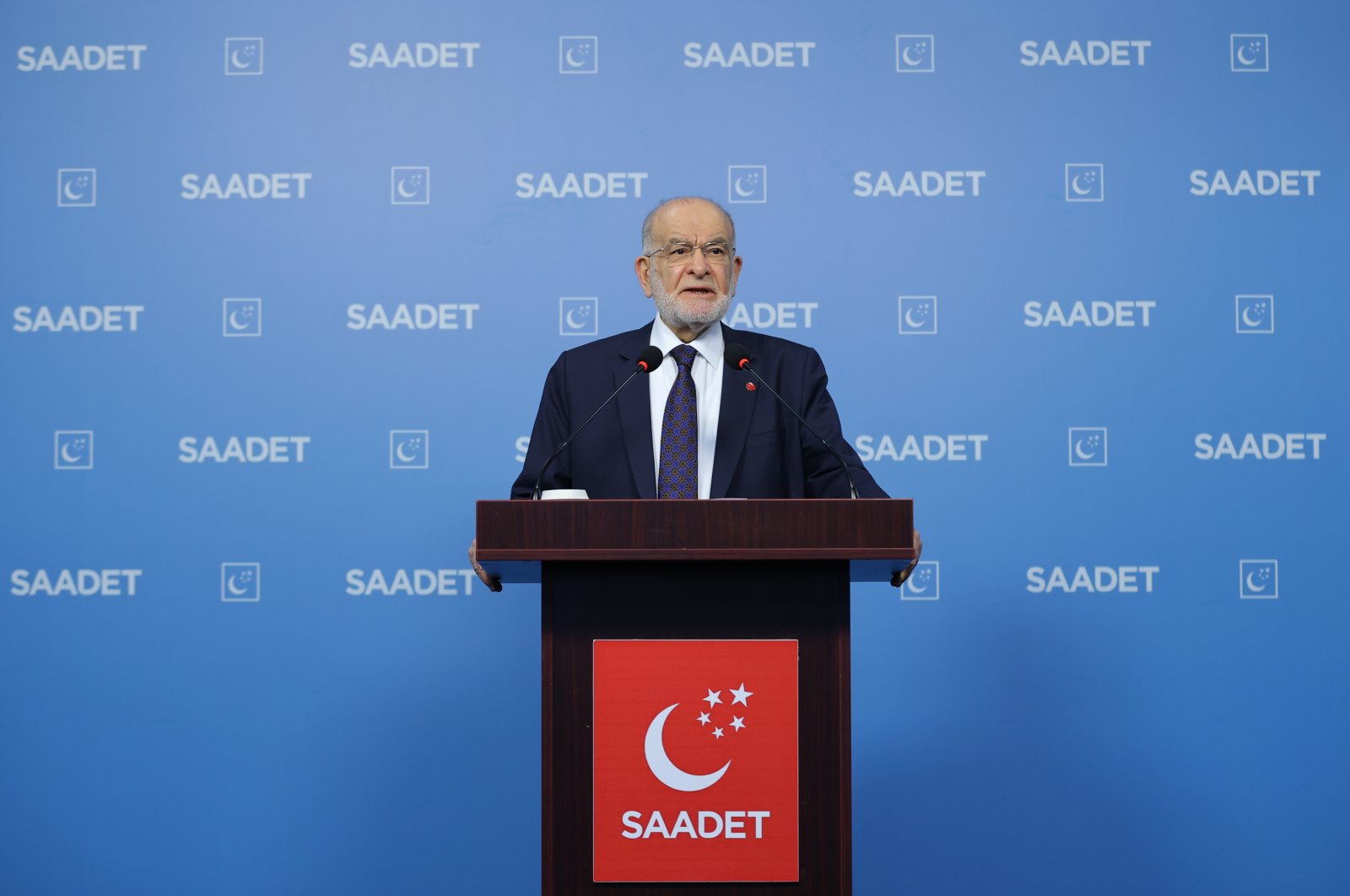 The conservative opposition party is on the brink of a major political choice. Either way, it will impact both the party and the upcoming 2023 elections as well

The question of who the Felicity Party (SP) will side with came up in light of President Recep Tayyip Erdoğan’s most recent meeting with Temel Karamollaoğlu, who chairs the SP, that lasted for more than two hours. Maintaining that it is too early to decide which electoral alliance to join, Karamollaoğlu seems closer to the pro-opposition Nation Alliance (without shutting the door on the pro-government People’s Alliance), judging by his public statements. He says that he does not oppose the presidential system “from scratch” and views the strengthening of “checks and balances” within the current system of government as a kind of precondition for talks with the People’s Alliance.

Still, there is every reason to expect Erdoğan and Karamollaoğlu will maintain closer dialogue in the future. Certainly, it is nobody’s business but the SP’s leadership, members and voters what alliance they will end up joining. That decision will obviously reflect overlaps between policy choices and what the movement stands to gain. For the record, the SP leadership shook hands with the main opposition Republican People’s Party (CHP) in the last two elections for a fraction of what it asks of the ruling Justice and Development Party (AK Party). Therefore, keeping in mind that political decisions are not always rational, I deem it useful to assess what each option could entail for the SP.

'We are the opposition'

It goes without saying that Turkey’s current system of government requires any given presidential candidate to achieve a simple majority in the first round – which adds to the importance of fringe parties like the SP. Both electoral alliances are fully aware of that fact, as they attempt to expand ahead of the 2023 elections. Indeed, Nationalist Movement Party (MHP) Chair Devlet Bahçeli said in his most recent parliamentary address that “we are responsible for checks and balances in Parliament” and “we are the opposition.”

That statement was interpreted in two ways: The MHP chairperson either highlighted his party’s importance to distance it from the AK Party or paved the way for additional opposition parties to join the People’s Alliance. Obviously, Bahçeli is expected to favor the pro-government alliance’s expansion, seeing how critical the 2023 elections will be. In particular, the MHP leader realizes that there is a growing challenge against Turkey’s national security, in light of the CHP’s opposition to military operations and recently adopted policy of treating the pro-PKK Peoples’ Democratic Party (HDP) as a “legitimate player.” Taking such great risks in an attempt to win over the HDP, the main opposition party attempts to unite all opposition parties, including the SP. At the end of the day, the whole point of talking about “restoring the parliamentary system” is keeping those parties together.

The SP was part of the Nation Alliance in the previous election. It received two parliamentarians (one of whom resigned) and could not boost its popularity. Considering that voter volatility is quite high within electoral alliances, it is almost impossible for the SP to win over the CHP or Good Party (IP) voters. At the same time, the National Vision (Milli Görüş) movement, a conservative political tradition the SP represents, is unlikely to be favored by the supporters of either party – despite opposing Erdoğan.

Moreover, being part of an alliance that includes the CHP alone stops the SP from attracting conservatives that could turn their back on the AK Party. Indeed, CHP Chairman Kemal Kılıçdaroğlu’s pledge to “make amends with religious people” may boost the CHP’s legitimacy in the eyes of conservative voters to some degree, but it won’t benefit the SP in any way. Here’s why: as long as the SP collaborates with the CHP-led Nation Alliance, voters are encouraged to support the IP – as opposed to the SP. Indeed, the same rule applies to the Future Party (GP) and the Democracy and Progress Party (DEVA) despite their “liberal” discourse.

In truth, the SP’s commitment to the National Vision ideology pushes it closer to the People’s Alliance when it comes to foreign policy and national independence. If an agreement is reached to “update” the presidential system, all other disagreements could be managed by what Bahçeli describes as “remaining in the opposition despite joining the alliance.” Moreover, the SP’s potential decision to join the People’s Alliance could result in some level of volatility between that movement and the AK Party – which would mean more seats at the Parliament and a greater share of the national vote. At the same time, by joining the People’s Alliance, the party could send a positive message to Kurdish voters.

To sum up, being part of the Nation Alliance, whose policy and discourse is dominated by the CHP, could only create a legacy that National Vision politicians will find it difficult to explain in the future – both in terms of a rational assessment of potential gains, and identity and ideology.