Why Turkish opposition CHP's no vote is critical 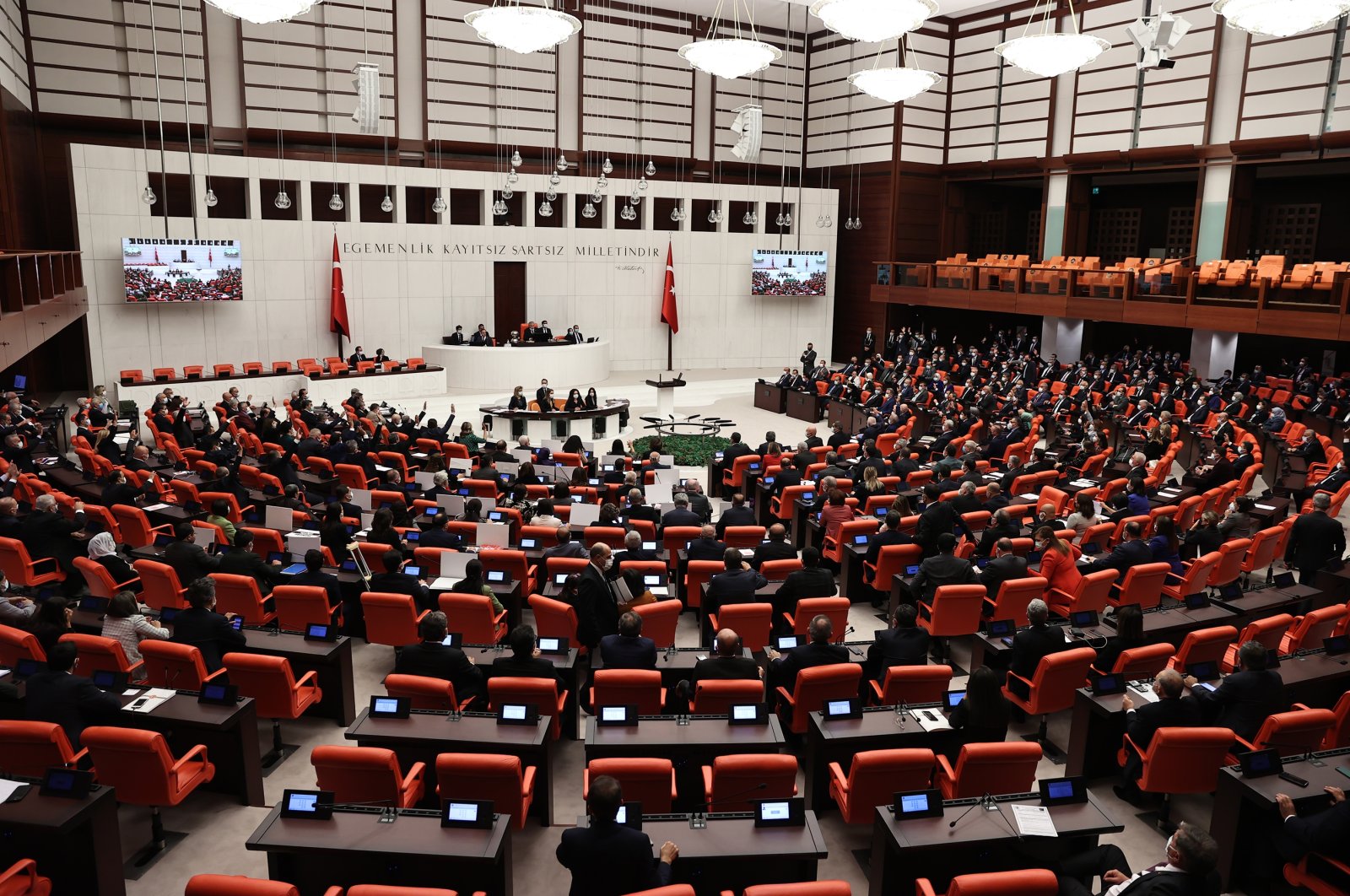 Turkish lawmakers during a session to vote for the extension of a mandate to conduct cross-border military offensives in Parliament, capital Ankara, Turkey, Oct. 26, 2021. (AA Photo)
by Burhanettin Duran Nov 01, 2021 12:05 am
RECOMMENDED

The main opposition Republican People's Party's (CHP) resistance to a bill to extend the government’s mandate to conduct military operations in Syria and Iraq was no ordinary change of heart or surprise. The CHP bowed to pressure from the Peoples’ Democratic Party (HDP), which said that the vote represented “the first litmus test” for a new endeavor. Thus the party, which has supported similar bills in the past “for the safety of our troops,” reversed its position. As such, the CHP’s opposition to military operations in Syria and Iraq realigned its “perception of national security and threats” closer with the HDP.

Ironically, the main opposition party, which boldly says that “a nation’s border is its honor” when it comes to migrants, had no problem pretending that the PKK terrorist organization and its Syrian affiliate the YPG do not pose a threat. For the record, the CHP went above and beyond its earlier claim that “the YPG does not threaten us” and its call on the military not to enter Afrin’s urban center. There is no more double talk from that movement regarding those aspects of Turkey’s counterterror agenda that relate to the PKK and the YPG. It firmly positioned itself next to the HDP and against the ruling Justice and Development Party (AK Party), the Nationalist Movement Party (MHP) and the Good Party (IP) regarding threats emanating from Syria and Iraq.

Neither the CHP’s list of 14 questions nor the verbal attacks of its chairperson are enough to cover up that major shift in policy. The main opposition party, which attempted to break the HDP’s isolation by saying that it was a “legitimate counterpart” in attempts to resolve the Kurdish question, took that relationship to the next level by adopting a common policy.

It would be hardly surprising if that policy shift were to boost the HDP’s self-confidence or encourage that movement to make extreme demands or statements. That movement, which already talks about “coming to power,” could come up with more audacious proposals to shape the republic’s second century. The IP, too, will presumably face pressure from the CHP, directly, and the HDP, indirectly. It is no secret that Istanbul’s mayor, Ekrem Imamoğlu, for whom the IP’s Meral Akşener has been campaigning, has made a few statements that could appeal to the HDP base. Let us note that the CHP’s opposition to military operations in Syria and Iraq encouraged the Democracy and Progress Party (DEVA) to “abstain” as well.

Moreover, the IP faces an uphill battle in the “national survival” debate, which takes place before every single election over military operations to neutralize the PKK/YPG threat. After all, it will come up more and more that the CHP shares the same views as the HDP regarding “national survival.” MHP Chairperson Devlet Bahçeli already talked about it yesterday: “Those politicians, who object to counterterrorism measures and open our ‘national survival’ to discussion, represent the antithesis of the Republic and a threat to our love of liberty. Unfortunately, those folks that raided the legacy of Mustafa Kemal Atatürk are now aligned with Turkey’s enemies.”

One cannot help but wonder what the CHP’s new position could end up legitimizing. Is it possible for CHP and IP voters to stomach the HDP's co-Chairperson Pervin Buldan’s following statements, which were part of her address to Parliament? “Northern and Eastern Syria represent a ‘peace corridor’ between peoples. It is a corridor of stability and democracy. No attacks emanate from there, but the hand of peace.” Considering that YPG terrorists carried out dozens of car bombings in Turkish-controlled safe zones, will CHP voters buy into that nonsense? Since the government and the entire opposition, including the CHP, viewed the YPG presence in northern Syria as a “terror corridor,” will the CHP base be on board with the HDP’s so-called peace corridor? Will they support the pan-Kurdist agenda of the HDP, which talks about “the peoples of Turkey” and “the peoples of Syria”? How will the main opposition party, which openly works with the HDP on national security policy, respond to the demand for so-called autonomy in Turkey’s eastern and southeastern provinces? How will IP supporters feel about that alignment?

As Turkey prepares to launch a new military operation against YPG militants in northern Syria, the CHP leadership will find it difficult to explain why it opposed the authorization bill. It would be hardly surprising for the CHP’s Kemal Kılıçdaroğlu to adopt a more aggressive tone to counter mounting criticism over his cooperation with the HDP.