Who is responsible for the chaos in Afghanistan? 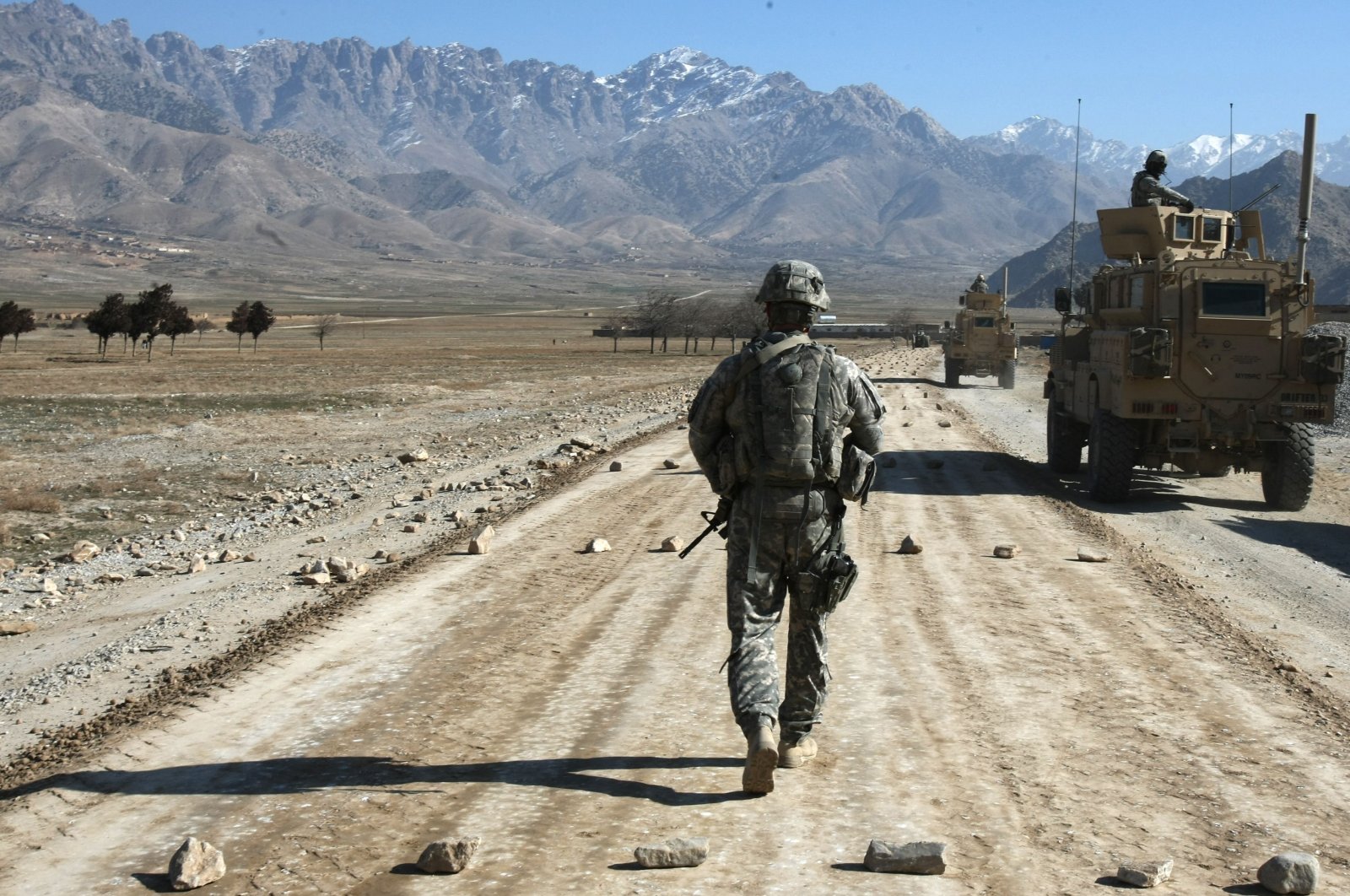 The U.S. withdrawal has shown that the Afghan war is never-ending and meaningless

The withdrawal of the United States from Afghanistan has intensified the chaos in the country as the Afghan government and the Taliban reinitiate fighting over control of the country.

After the failure of negotiations between the Afghan government and the Taliban, the militant group has seized many villages, towns, cities and provincial centers from the government forces.

The Taliban, which controls most of the northern regions on the Uzbekistan and Tajikistan borders, is nowadays stronger than ever as the two-decade U.S. invasion did not increase the capacity of the state institutions.

The Taliban have even captured Sheberghan, a city with a Turkmen and Uzbek majority and under the stronghold of warlord Abdul Rashid Dostum. With this, it has passed yet another threshold to control the whole country.

Reaction of the US

In reaction to the expansion of the Taliban forces, the U.S. has been bombing the troops of the militant group to slow it down and halt the group from advancing further. However, the military activities of the U.S. will terminate by the end of this month and the Taliban will most probably capture the whole country and establish a new government in Kabul.

As a matter of the fact, the Taliban claims that it has already seized 80% of the country. The U.S. and some of its allies have begun asking their citizens to leave the country as soon as possible since the violence has erupted and is spreading all over the country.

The American withdrawal has demonstrated that the Afghan war, which started in the second half of the 19th century, is never-ending and meaningless. As a result of the military intervention of great powers, Afghanistan has never achieved political stability and economic development throughout its modern history.

All invasions are bad

Fragmentation in domestic politics and societal structure and the persistent interference of external powers prevented the nation-building process and political stability. Every external interference made things worse in the country, and the American invasion is no exception.

When you look closely, it becomes clear that the three colonial Western countries, namely Britain, Russia and the United States, are responsible for the Afghan wars throughout the modern period. These great powers have been exploiting domestic differences and using domestic social and political factions for their national interests.

First, the Afghan territories served as a buffer zone between the British Empire and the Czarist Russia during the last quarter of the 1800s. To put it correctly, modern Afghanistan is an artificial creation of the British, which drew artificial boundaries.

Ultimately, the British who cut the bond between the ruler and the ruled created a dependent regime in the country. In addition, there is an ethnic stratification in the country. Pashtuns, who control both the government and the Taliban, generally dominate the other ethnic groups. The British provided weapons and money to the regime, which had no strong societal support, to rule the country in their name.

The rules of the game did not change over time. First the Soviet Russians, then the United States replicated the same rules in order to control Afghanistan. The Soviets invaded the country after the invitation of the regime in Afghanistan.

The majority of the population resisted the Soviet invasion. With the support of some regional and global powers such as Pakistan and the U.S., the Soviets had to withdraw from the country.

The U.S. invasion of Afghanistan in 2001 was a repetition of the two previous invasions. Similar to the British Empire, the U.S. was unable to stay in the country and realize its declared objectives. There were two main declared reasons for the U.S. invasion.

The first objective was to expel al-Qaida militants from the country and/or punish them due to their involvement in the 9/11 terrorist attacks. Second, the U.S. officials declared that Washington attempted to end the despotic Taliban regime and contribute to the nation-building and democratic consolidation of the country.

After the two decades of invasion, the Taliban, which is known as the main ally of al-Qaida, elevated its power and became the strongest military power in the country. Nowadays, al-Qaida militants support the Taliban in its fight against the government.

In addition, neither the nation-building process nor consolidation of democracy was achieved. Both societal and political structure is still in chaos. That is, the U.S. has failed to realize its two declared targets.

Many claim that the real objective of the U.S. is to create proxy actors in the country. Even if it withdraws its troops from the country, its proxy actors will continue to pursue its national interests. It is known that the U.S. has spent about $2 trillion in Afghanistan, mostly for the recruitment of soldiers or militias to fight on their side, during its two-decade-long invasion.

It is estimated that more than 300,000 militias have been working for the U.S. In other words, the loyalty of these recruited persons is not to their tribes or other institutions, including the government, but to the U.S.

One can claim that Afghan societal and political actors are deprived of their strength and resources. Ultimately, due to the lack of financial resources and sociopolitical unity in the country, no Afghan government can stand on its own. Any government established in the country has to depend on external powers.

As a result, the state was left to the Taliban, which clearly cannot bring societal peace, economic development and political stability to the country. Unfortunately, civil war, political instability and chaos will continue for an indefinite period.

It seems that almost all global powers, such as Russia and China, have benefitted from the American invasion of Afghanistan and its withdrawal. Furthermore, global powers such as the U.S., Russia and China will continue to be involved in this crisis and support their local and regional proxies. Thus, these external powers will assure that the Afghan civil war and its dependence on others will carry on.

However, the Afghan people have lost both their lives and their wealth. It does not matter which external power intervenes and controls the country; the Afghan people will continue to pay the price and thus suffer.

In other words, global powers will continue to play the great game at the expense of the Afghan people. In addition, the civil war and chaos in Afghanistan will cause political instability in its region, including Central Asian republics.

The Afghan crisis will have a direct or indirect impact on neighboring countries. For instance, Turkey has been negatively affected due to an increasing number of Afghans taking refuge in the country. That is, regional countries will also continue to pay the price for the policies of the great powers.