Whoever escapes from the EU will survive 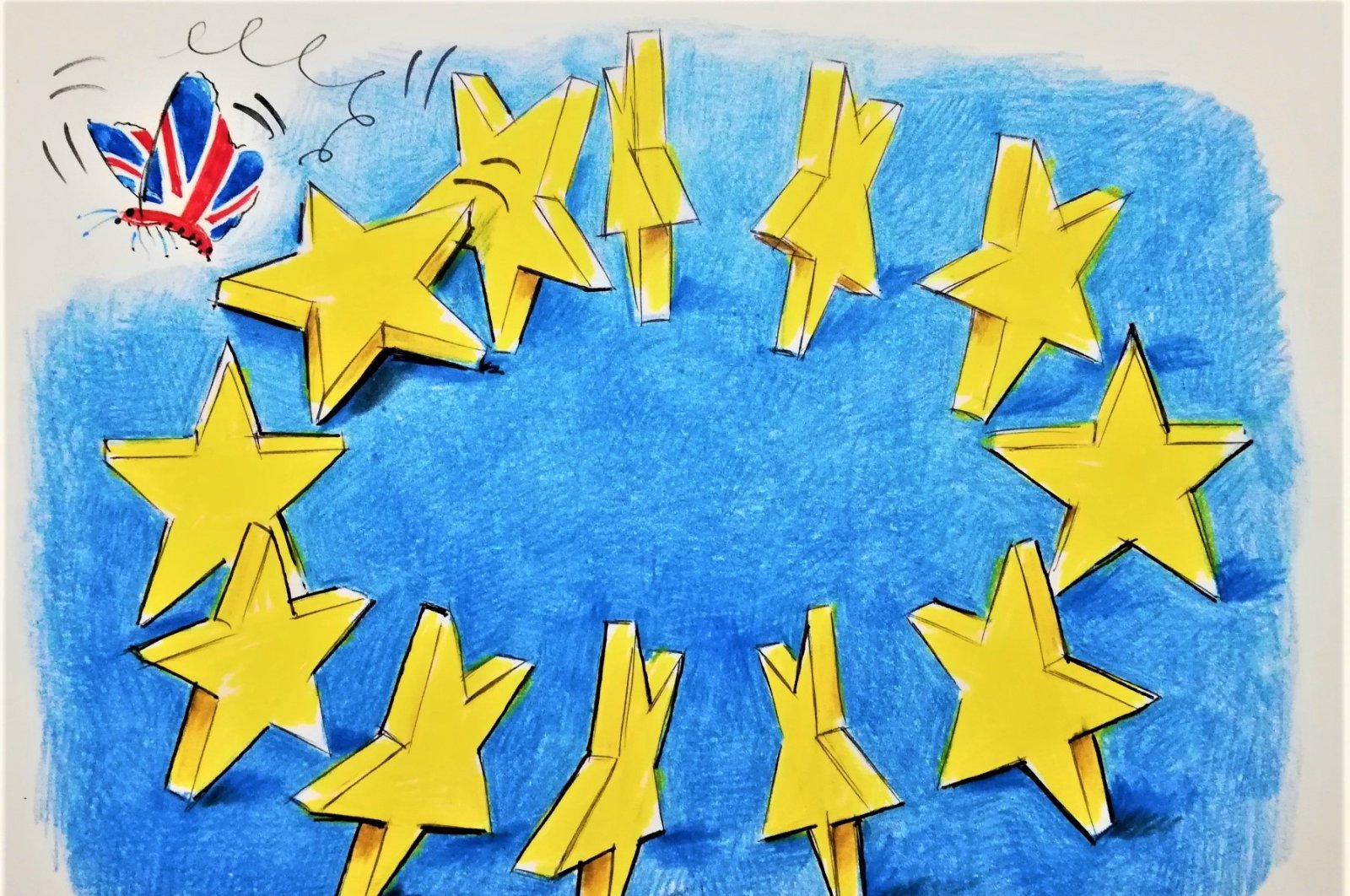 The June 2016 Brexit referendum in the U.K., consisting of England, Wales, Northern Ireland and Scotland, resulted in 52% of the votes cast being in favor of leaving the European Union.

The U.K., which officially left the EU on Jan. 31, held extensive negotiations with the bloc on bilateral relations, particularly trade. Even the prime minister was replaced during this time. This week, the U.K. and the EU finally signed the Trade and Cooperation Agreement.

It seems the U.K. has taken much of what it wanted from the EU, with the EU agreeing on zero tariffs and zero quotas. It has gotten rid of the devastating dues.

Besides, rather than the provisions of the European Court of Justice (ECJ), international law will be binding for the U.K. So, as Brexiteers argue, we can easily say the U.K. has regained its political and economic independence by seceding from the EU.

Taking full control of its trade, including fishing territories, London has strengthened its hand considerably for future bilateral political and commercial agreements with other countries.

The day before the signing of the agreement with the EU, the U.K. took its first step on this issue with Turkey. A free trade agreement (FTA) was signed between the two countries.

As Turkey continues accession talks with the EU and is involved in the European Union Customs Union (EUCU), Turkey’s relations with the U.K. under the EUCU deal will be terminated as of Jan. 1.

As per the new FTA, customs duties on industrial products have been removed. Also, the existing concessions to the EU on agricultural and processed agricultural products will be scaled back and reflected in new trade relations.

Trade relations between the U.K. and Turkey have already been very strong. Last year, the U.K. accounted for $11.2 billion and $5.6 billion of Turkey’s exports and imports, respectively. U.K. investment in Turkey is also around $11.6 billion.

We can expect bilateral relations to improve further as the EU bureaucracy's retarding and at times blocking role disappears.

Trade Minister Ruhsar Pekcan emphasized that the FTA is a new and very special milestone. The British secretary for international trade, Liz Truss, who signed the deal on behalf of her country, said they are confident that Turkey's dynamism and the U.K.'s role as a global service provider will further increase trade potential.

But it is not just about trade relations. This perspective will certainly pave the way for new and creative collaborations in the political sphere as well.

The U.K. had lost its clout in many regions, especially in the Middle East, as it made way for the U.S. in the new world order, established after World War II. Now, that it is out of the EU's shadow, the country will have greater opportunities. Its biggest advantage is its deep-rooted political experience from the days when it was called "the empire on which the sun never sets."

Britain's new adventure excites me as a citizen of a country that has been kept waiting at the door of the EU for various excuses for half a century and has been asked to settle for the EUCU.

After all, it seems the world will maintain its multipolar outlook for some time, while it is likely that it will settle on a bilateral balance once again in the future.

In this intervening period, the horizons of countries that have escaped from the shackles of multiple alliance projects, such as the EU, will undoubtedly be broader.