Why poke the bear if you are not a grizzly? 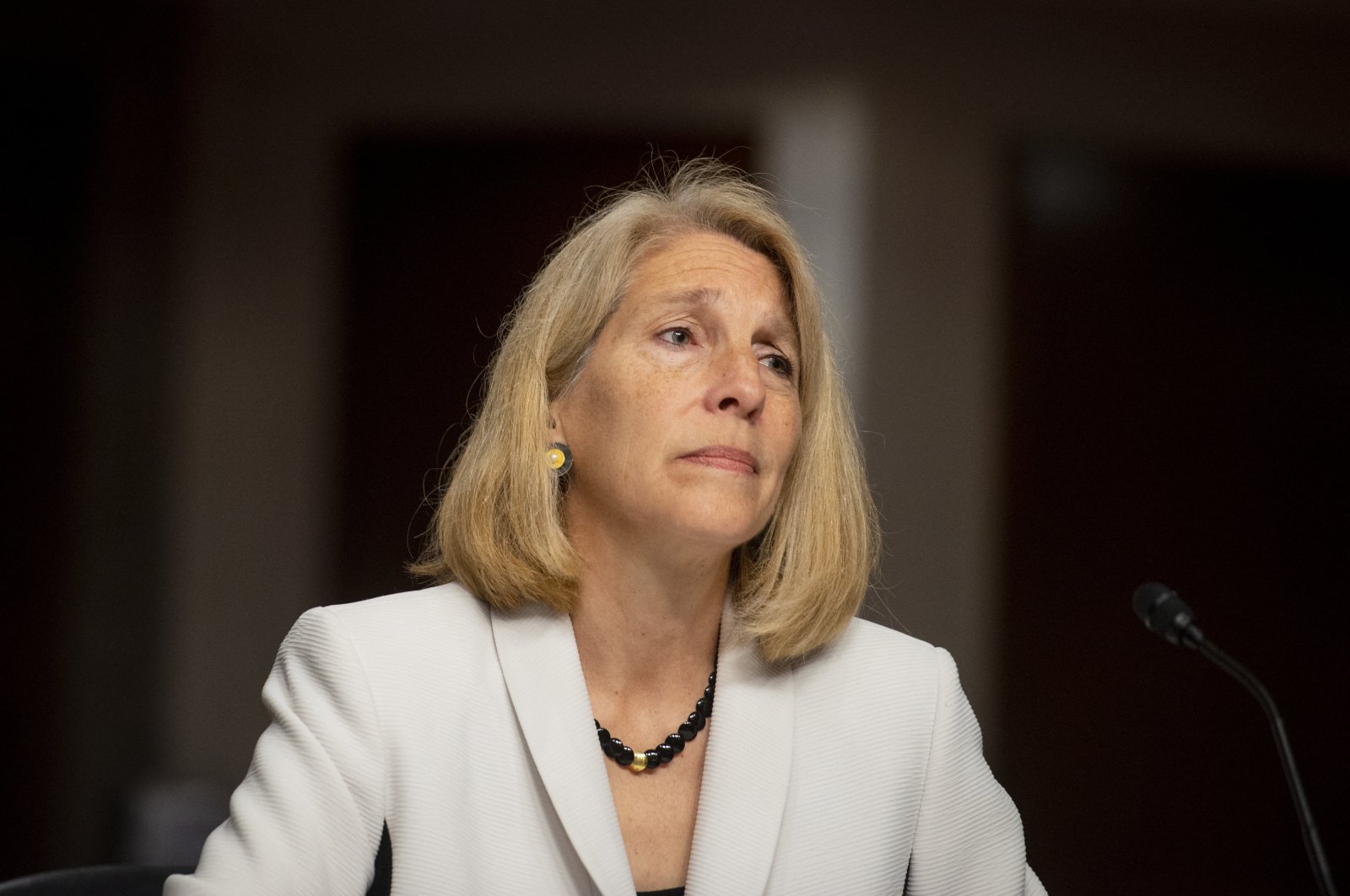 Dr. Karen Donfried appears before a Senate Committee on Foreign Relations hearing for her nomination to be an Assistant Secretary of State, in the Dirksen Senate Office Building in Washington, D.C., U.S., July 20, 2021. (Reuters Photo)
by Hakkı Öcal Nov 29, 2021 12:05 am
RECOMMENDED

“As you can appreciate, all options are on the table, and there’s a toolkit that includes a whole range of options.”

The term “all options” is a not-so-diplomatic nomenclature for war. Donfried was recently in Turkey and, speaking on tensions between the two NATO allies Turkey and Greece, said she regretted that the U.S. presence in Greece caused uneasiness in Ankara. Like “all options,” the term “regret” in diplomatic parlance is a very subtle way to accuse the other party. You made me put all my options on the table. If you hadn't threatened Ukraine, I wouldn’t be considering all these options ... or – Why are you making so much fuss about our turning practically one third of the dry land in Greece into our military base? See what you did? Now we are so sad, so disappointed in you ... Shame, shame...

Donfried has worked at several intelligence and strategy offices and agencies that are open to civilians in the U.S. government. She collected as many academic degrees and honors, awards and praises as possible. Her last stint was at the German Marshall Fund. She belongs to the cohort appointed by U.S. President Joe Biden to the White House and State Department that allegedly represents new American militarism (national security adviser Jake Sullivan, Secretary of State Antony Blinken, Wendy Sherman the former adviser to secretaries of state Madeleine Albright/Hillary Clinton, Under Secretary of State for Political Affairs Victoria Nuland, et. al.)

As all International Politics-101 students around the world know: (a) The U.S. cannot attack Russia as long as Mutually Assured Destruction (MAD) is there as a military doctrine that warrants “a full-scale use of nuclear weapons by two or more opposing sides would cause the complete annihilation of both the attacker and the defender” and (b) Russia has nothing to win in occupying Ukraine. Yet Donfried uttered the “all options” idiom, which was not used by the chairperson of the Joint Chiefs of Staff, Gen. Mark Milley, after talking to his Russian counterpart about Ukraine a few days earlier.

Milley, after discussing with Gen. Valery Gerasimov the increasing tensions over the Ukraine conflict and Black Sea region, went back to his business of defusing the tension by saying nothing. But, no! The White House and State Department faction was not satisfied, and Donfried had to bring every option to the table. This is only helping a Kyiv regime that has been amassing $3 billion worth of arms since 2014. They even bought Turkish aerial attack drones and tested them in a provocative assault against Russian-backed separatists in eastern Ukraine, causing a Kremlin spokesperson to warn Turkey about its arms sales to Ukraine.

Turkey’s only motive in those sales was hot cash; yet its NATO membership was immediately misused by Russian (as well as the U.S.) media as if Turkey was taking part in this new scheme of American militarism, which, unlike Turkey's policies, has many motives unrelated to foreign trade. They want to poke the Russian bear, as Cunningham points out, by interpreting “the menacing formula of words” that Washington deploys to mean a military attack on targeted nations like Iran, North Korea and Venezuela.

American movie maker Bill Standish used to warn that one should not poke the bear unless one is a grizzly oneself! The U.S. is not a bear, let alone a grizzly, yet. Former U.S. President Donald Trump played along with Bush and Barack Obama's leftovers for a while, but he never invested billions of dollars in the Pentagon as his predecessors did. Biden himself has been complaining about the overspending in those endless wars that have actually deprived the U.S. of its vital striking power. Biden’s $2 trillion spending bill will eventually restore that power as well as the infrastructure, but the U.S. is not there yet. Besides, the 1998 evaluation of the “flexible response” defense strategy, authored by John F. Kennedy in 1961, showed that the U.S. can hardly fight multiple wars simultaneously. Now, on the one hand, conscripting India and Australia against China, and on the other, agitating poor Volodymyr Zelenskyy, a Ukrainian comedian-turned-politician who is still wondering how he became the president against the Russian bear, would be too much for Biden.

It is plausible for the people at the White House and the State Department to ignite the fuse before Vice President Kamala Harris and like-minded progressives take over in case Mr. Biden retires unexpectedly. We know how easily a brushfire on the shores of the Black Sea could easily engulf the entire democratic establishment, liberal and socialist alike; Kamala, the "squad," even Bernie Sanders and others will be on the war wagon eventually.

But there are grown-ups in the U.S. Senate, the Pentagon and other places who aren't aware that Ms. Donfried's reckless rhetoric towards Russia needs to be stopped before it leads to war hysteria. One only hopes that if Biden really has a phone conversation with Russian President Vladimir Putin that this provocation will come to an end.