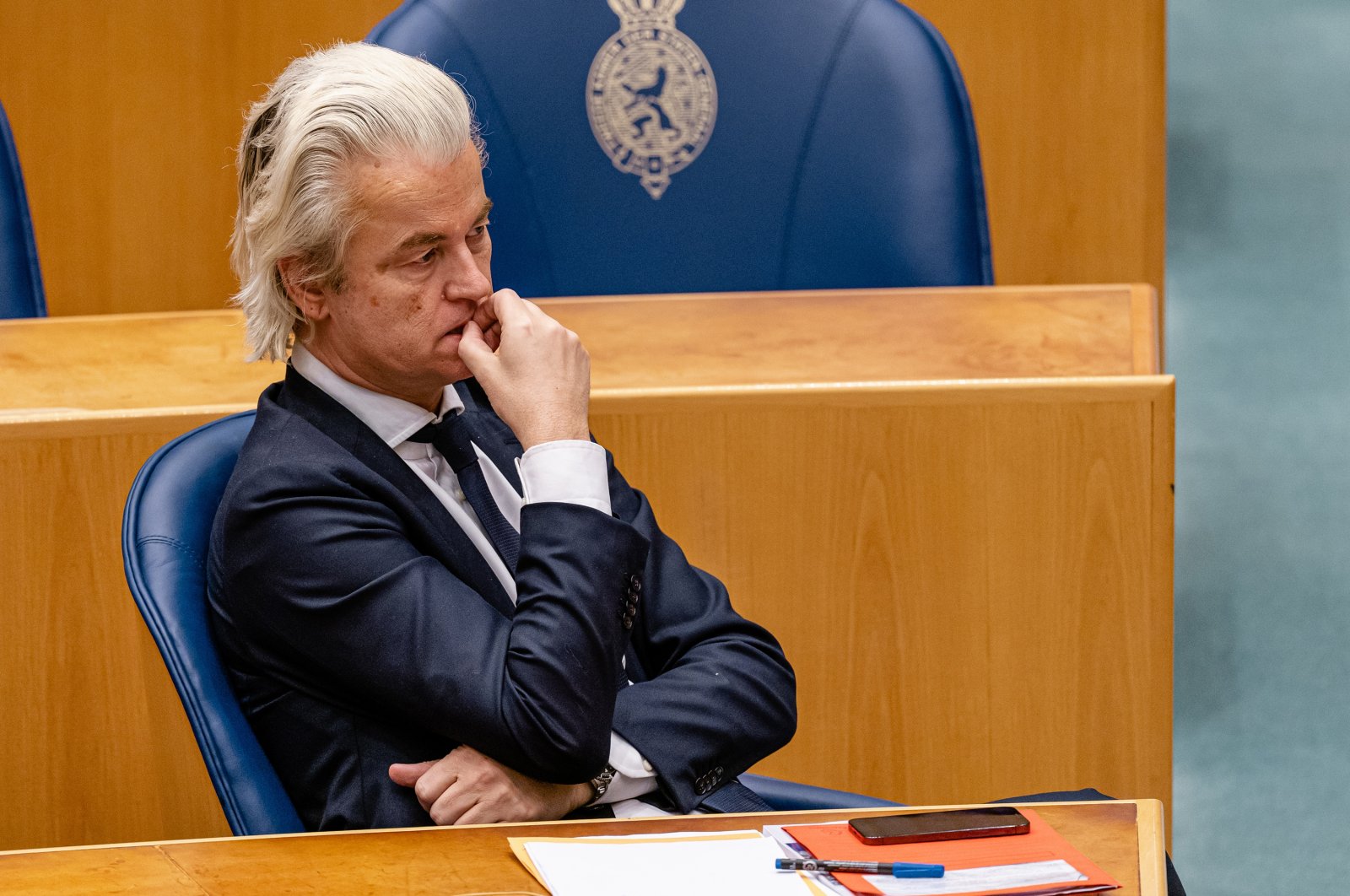 This message is obviously meant to malign, divide, differentiate and provoke the Muslims.

Dear readers, I am a secular person but Ramdan is a widely shared religious tradition in Turkey, even for those who identify as secular. Most of the population, at least 60% maybe even 70%, fast in the country. It is a shared common practice that is highly anticipated every year.

So, posts calling to "stop Ramadan" not only provoke practicing Muslims but the nation as a whole as well. Ramadan is a powerful tradition across all Muslim societies.

"They are enemies of humanity with a racist and fascist mind. That is why enmity against humanity lurks where there is hostility to Islam," Çelik said.

Wilders’ words are unfortunately a huge contradiction to post-World War II Europe. Theoretically, post-war Europe was supposed to be built on pluralism and liberal democracy.

The Netherlands, Wilders’ homeland, was a good example of this ideal. Once a strong battleground for the Nazis, the Netherlands transformed into a multicultural nation that was accepting of a wide range of lifestyles and home to many immigrants.

Hence, it is a pity to see such racist attitudes coming from a tiny country that managed to achieve harmony for a long time.

But, on the other hand, I wonder if Wilders’ ideology actually stems from the Netherlands' colonial past. In South Africa, the Dutch were known to be a brutal colonialist power who sow the seeds of the Apartheid era that was institutionalized after World War II.

In South Africa today, the Apartheid era is condemned by all but Dutch rulers and their descendants are blamed far more than the British colonialists

However, on the mainland, the Netherlands was as welcoming to "outsiders" as possible until the 9/11 attack in the United States sparked a new anti-Islam stance in the country.

Radical anti-Islam writer Ayaan Hirsi Ali wrote a provocative film and the director was assassinated. Ali could not live in the Netherlands so she moved to Washington, D.C. and started to make anti-propaganda targeting Muslims.

Pim Fortuyn, another far-right Dutch politician, who was extremely anti-Muslim, died very suspiciously in a car crash. From then on, a very strong Islamophobic line was rooted in Dutch politics.

But I should remind you that the Netherlands is not solely comprised of extremists. It is quite the contrary actually. The nation's liberal soul is alive and well and there is a strong belief in plural democracy. I know this from my Dutch friends, journalists and the country's internal debates.

So, Wilders only represents a marginal line in Europe. However, it is a dangerous line and whether these kinds of provocations are within the limits of freedom of expression should be questioned. I don't believe it does given that Wilders' message featured dangerous ideas and called for people to mobilize against innocent citizens.