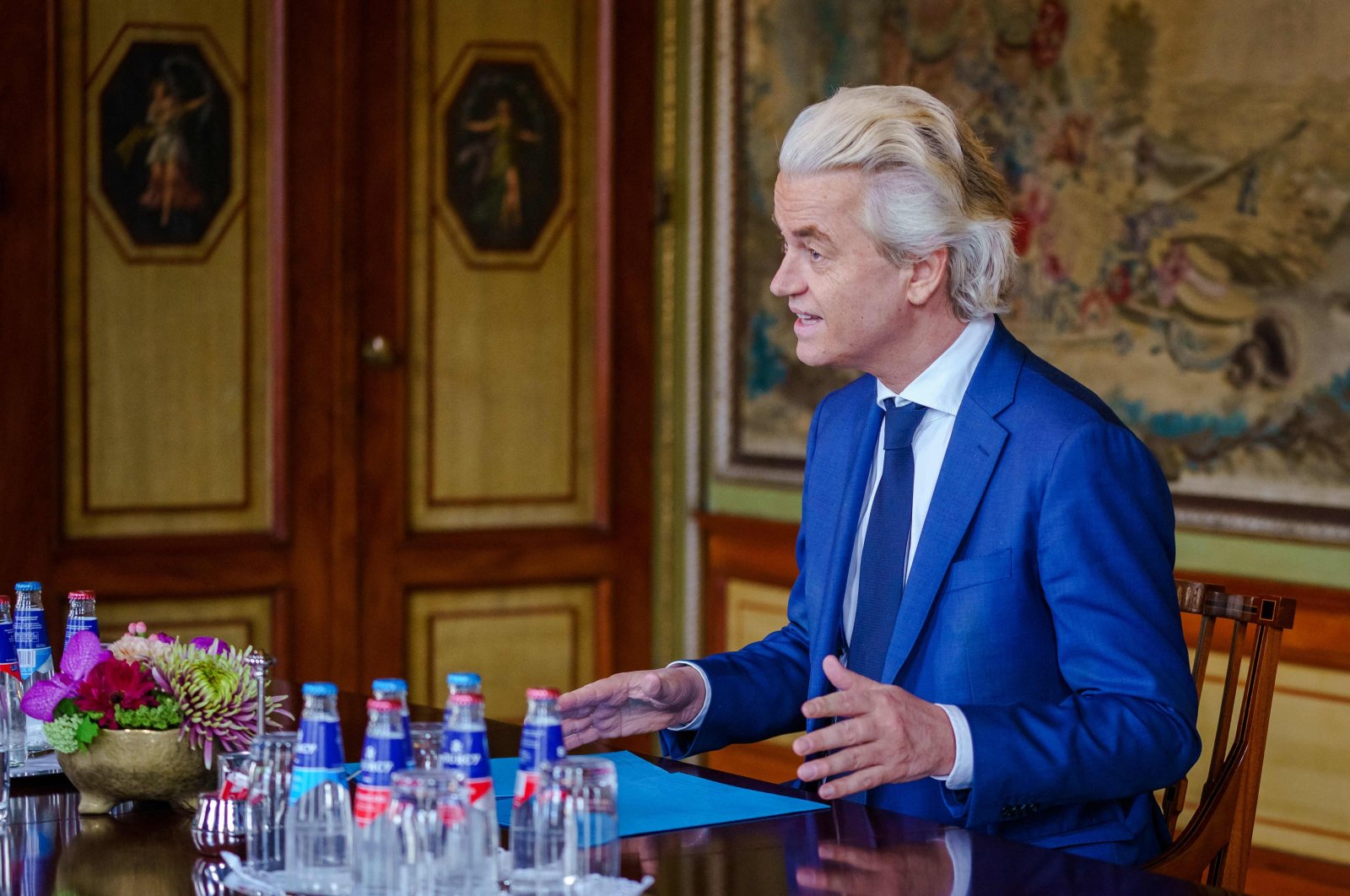 Dutch far-right Party for Freedom (PVV) leader Geert Wilders is received by Dutch informateur Herman Tjeenk Willink (not pictured) to discuss the constitution of a new government following the legislative elections, in the Lower House of the House of Representatives in The Hague, Netherlands, April 9, 2021. (AFP Photo)
by DAILY SABAH Apr 13, 2021 11:49 pm
RECOMMENDED

“Islam does not belong in the Netherlands,” Wilders said.

Turkey's Communications Director Fahrettin Altun in a series of Twitter messages called Wilders a "racist, fascist and extremist" and urged the international community to stop racism.

Stating that Wilders "represents the textbook definition of extremism, racism and violence, which Islam condemns," Altun added: "Who, other than a fascist, would dare to attack Islam – the religion of peace with 2 billion followers?"

Referring to Wilders as a fascist, the ruling Justice and Development Party (AK Party) spokesperson Ömer Çelik also said in a Twitter post that Wilders actually attacks humanity when he attacks Ramadan.

"They are enemies of humanity with a racist and fascist mind. That is why enmity against humanity lurks where there is hostility to Islam," Çelik said on Twitter.

Ali Erbaş, the head of the Presidency of Religious Affairs, condemned Wilders' remarks as "unacceptable."

"I invite the international community to a conscious struggle against the racist mentality that incites Islamophobia and targets social peace," Erbaş said.

In 2019, he canceled a Prophet Muhammad cartoon contest that sparked protests in Pakistan. The outspoken anti-Islam party leader said he decided to “let the contest go” following death threats and concerns other people could be put at risk.

In the event, Wilders planned to display caricatures of the Prophet Muhammad at the tightly guarded offices of the Party for Freedom (PVV) in the Dutch parliament building. He said he received “hundreds” of entries.

He also faced charges of discrimination and inciting racial hatred at a rally in 2014, where he led supporters in chanting that they wanted fewer Moroccans in the Netherlands. In a televised incident on March 19, 2014, Wilders asked supporters whether they wanted more or fewer Moroccans, to which the crowd replied, “Fewer! Fewer! Fewer!” A smiling Wilders responded, “We’ll take care of that.”