A glimpse of the change happening in Britain 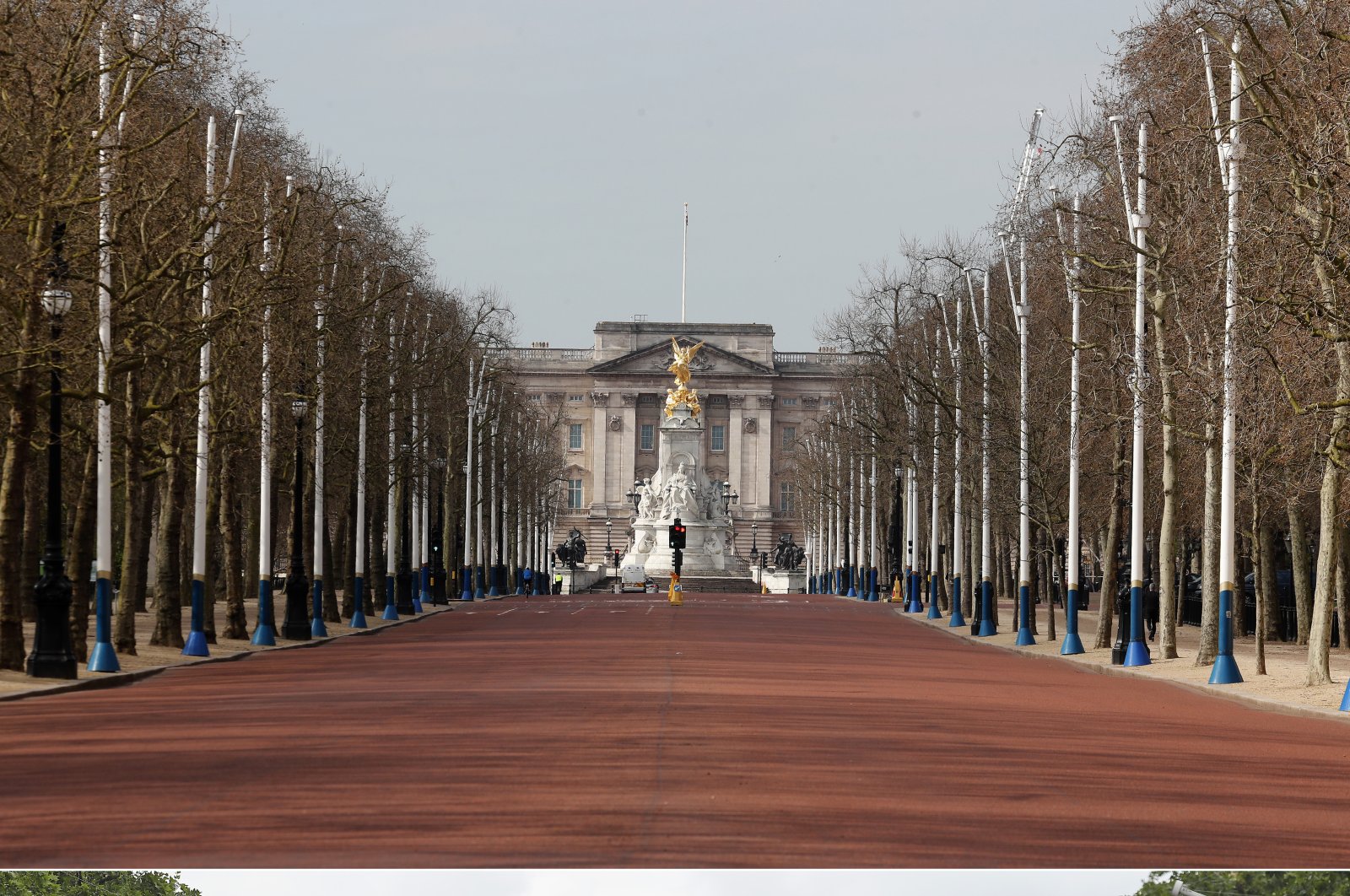 Since the spread of the coronavirus pandemic, Europe has changed in many ways. Lockdowns and isolation have left the busiest shopping malls, religious and touristic places, universities and restaurants either fully or partially empty. When was the last time you saw London so quiet? A city of over 9 million people, and you could hear a pin drop on the roads.
Much has changed in the last few weeks, including people’s shopping habits, work lives and means of entertainment to name just a few. Imagine being isolated, housebound and with no weekend gatherings or carousing.
Although Brits are more reserved in nature in comparison to their fellow Europeans, it will be interesting to see what isolation and lockdown mean for them in particular as social distancing settles in.

Everyone has a story to share. We have seen everything from the fighting of panicking shoppers in supermarkets, to violators of social distancing calls. How did Europe respond to previous pandemics, and was it different from what is happening now? Perhaps too many questions need answers.
A visible rise in public fear
Europe has overcome numerous such calamities in the past. Of these, the most deadly was the Spanish flu pandemic that infected 500 million people globally, almost one-third of the population at that time.
A century ago, there were no effective drugs or vaccines for the threat of a killer strain of influenza that killed over 50 million. But despite such an onslaught, Europe survived. So what has changed since then?
For now, the spread of yet another fatal disease, COVID-19, has jammed life across the globe, leaving everyone wondering what we should do to overcome the crisis.
Europe is not exceptional in this catastrophic time. It seems that everyone is rightly scared and that anxiety, depression and fears are sky-high across the world as the killer virus spreads at the speed of lightning.
Media worldwide is showing us live coverage of the global spread of coronavirus 24/7 on our TV screens, offering a flood of information that is mostly very frightening. Is it real or yet another round of the media’s fearmongering campaigns as usual? Just look at the minute-by-minute live streaming, updates, podcasts, news bulletins, radio programs and newspapers reporting on the coronavirus in the British media and decide for yourself:
Almost all British broadsheets and tabloid newspapers, including The Independent, The Daily Telegraph, The Guardian, Daily Mirror, The Sun and Daily Express are reporting on the damaging effects of the coronavirus on people’s health and everyday affairs.
Furthermore, several domestic abuse charities across the U.K., including ChildLine, have raised concerns in recent reports that there had been a “huge spike” in COVID-19-related calls about incidents affecting children in particular.
As a result, it seems the British are facing two challenges while in quarantines. First, the psychological impact of being in isolation and compromising on individual freedoms; and second, the sacrificing of British traditions. For the latter, with summer only around the corner, many are looking to scrap their annual holidays. Not just this, but there are currently no signs of partying or pub visits resuming anytime soon.
Today, scientists, politicians and the media are constantly reminding us that it may take at least a year or more to find a vaccine to treat the coronavirus. Fine. That means our modern world is still not capable of combating such deadly pandemics, calamities and natural disasters. It has served as an overwhelming reminder that we humans are not so super-duper and that there is no such thing as absolute power.
The reality is of course different. That there is indeed an absolute power, a real owner who does not like a corrupted planet, a planet engulfed in wars, genocides, conflicts and all sorts of manmade viruses in the shape of arms and lethal weapons solely made to kill fellow humans and nothing else.
In these testing times, many are turning toward God, that absolute power some call Allah. Several newspaper reports, comment pieces, features and live feeds are showing an extraordinary development. That is how so many people in Britain, Europe and beyond are renewing their faiths and using beliefs as a source of power to deal with the coronavirus. The Muslim Council of Britain (MCB) is sourcing religious authorities to deal with the ongoing fallout from the pandemic.
In contrast, for practicing Christians, Muslims, Hindus and Jews, the crisis poses another challenge: isolation means no congregational prayers. Islam's holiest places, Mecca and Medina, are now banned for foreign pilgrims, including Europeans Muslims. One BBC report even asked: “Is Coronavirus coming between people and their faith?”
But as mass prayer congregations have been suspended across Europe and beyond, churches have turned toward web-based worship, including using Facebook. And so, as they say: necessity is the mother of invention.
While the higher authorities in the Vatican have growing confidence in the virtual religious community, British Muslims are using WhatsApp and Facebook groups to pray for mercy, an ease to the hardships suffered by fellow Muslims and to stop the spread. Considering the isolation, it is certainly a safer idea to create such virtual communities.
A growing sense of inequality
While many other Europeans are questioning their governments for not having enough resources in place, ill-preparedness, causing a furthering of the pandemic and dealing with the crisis with economics in mind, for a sizeable portion of the British public, there is concern about how the British government has made economic decisions and been unequal in its treatment of those affected, particularly the National Health Service (NHS) staff. This mood is shaping the public mindset in the post-coronavirus period of austerity and struggle.

George Turner’s piece “Tax avoiders will receive coronavirus bailout – we must redress this injustice,” Martin Kettle’s “We simply don’t know what kind of Britain will awake from all this” and Gaby Hinsliff’s article “Anger over Prince Charles’s COVID-19 test is a warning sign of divisions to come” are all admonitory pieces that point to rising tensions.
Fear and lack of trust can be seen in the clear inequalities between how those working in different industries have been affected, with a distinction for those that are vital and running the show, such as supermarket workers and carers. These workers are now being shown the respect they deserve, even if their pay packets don’t reflect the value of their work.
These complaints can be settled, but what will remain will be how a pandemic changed the course of life in Europe, where personal freedoms mean nothing but at the same time everything to a common person in the street. The lockdown has been enforced mostly voluntarily with little use of force, and opposition has declined. Imagine what it will bring if this lockdown continues over the summer. We hope it won't.
A developing sense
Outside the window, the world is changing for good. I hear wonderful tales of community spirit in various parts of Britain. Of the many storytellers, I embrace Chelsey Needham and Nicola Clarke's eye-witness accounts as a sign of hope. These ladies have witnessed a true sense of collectiveness, a genuine community spirit
In Leeds, London and beyond, Muslim and non-Muslims are getting together to reach out to the vulnerable and elderly. These aid groups are run by countless people devoted to spreading the common good.
Everyone is talking about rainbow drawings on windows. An emerging trend offered as a sign of thanks to NHS staffers, bin collectors and all frontline workers across the U.K. Thousands of volunteers are out to help the vulnerable, with yet more considering taking part every day.
One of the most beautiful things about self-isolation has to be having families at home. Moms and dads finally having enough time to see their kids. Britain may be moving back to its traditional values and a family-oriented society. But the question is whether this continues or not in the post-COVID-19 era.
*British-Pakistani political analyst and human rights activist based in the U.K.