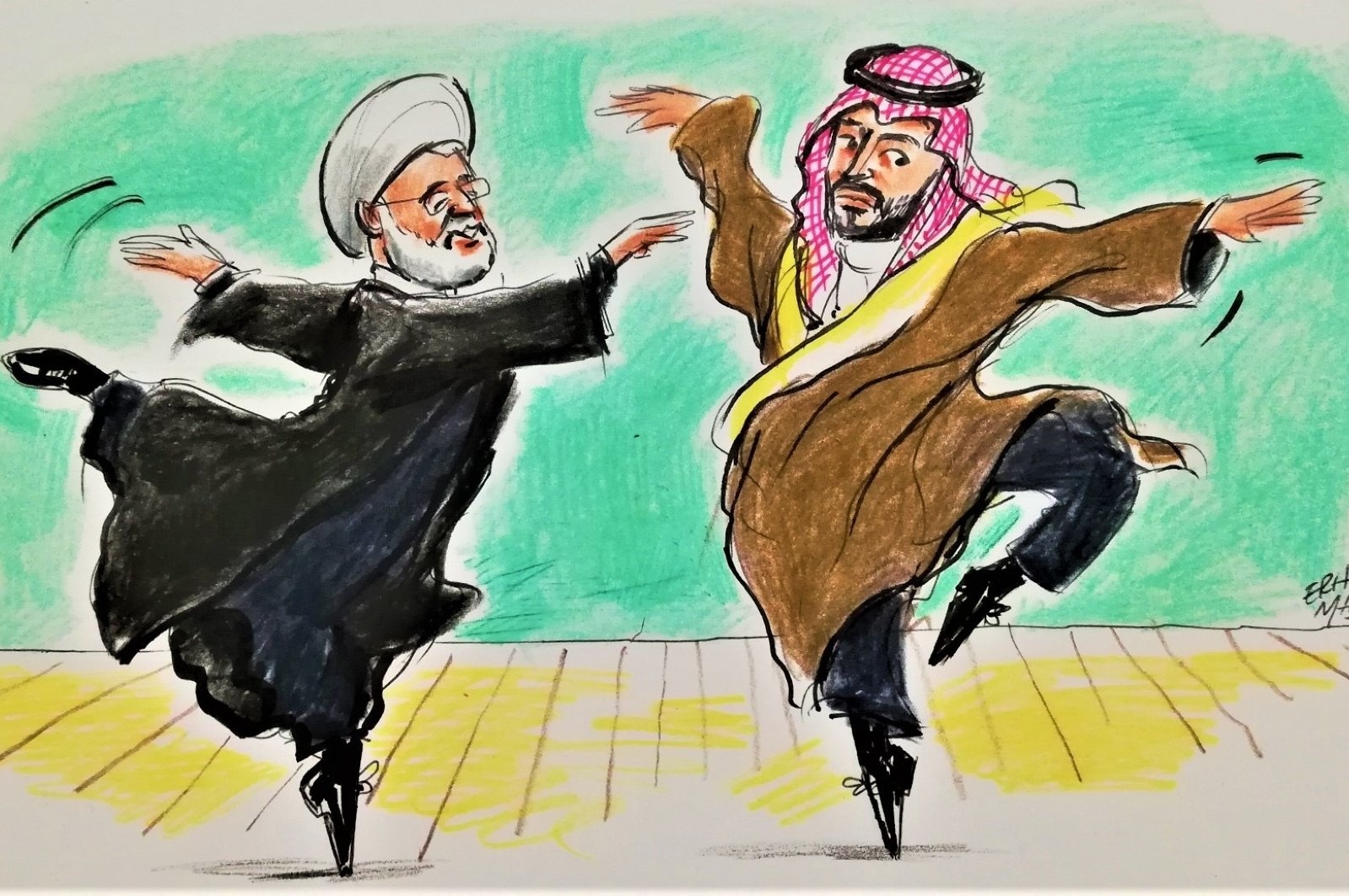 One of the most important items on the Middle East's agenda recently is the alleged talks between Saudi Arabia and Iran. Reportedly, Saudi and Iranian officials gathered in Baghdad on April 9 to participate in talks facilitated by the Iraqi Prime Minister Mustafa al-Kadhimi.

Until now, neither Saudi Arabian nor Iranian officials confirmed or denied that the meeting in Baghdad took place.

The most important reason why the alleged talks are newsworthy is that they are seen as a very rare development both in Saudi-Iranian relations and in the region.

After all, according to the narrative, Saudi Arabia and Iran have been in a political, economic and geopolitical cold war since 1979.

The reason why prominent Middle East experts such as F. Gregory Gause famously called the rivalry between Saudi Arabia and Iran “the New Middle East Cold War” seems to be partially based on this narrative.

What is the dimension?

According to the narrative, with the Iranian Revolution in 1979, Iran and Saudi Arabia entered into a religious, political and geopolitical competition that is fierce and mutually destructive.

Looking at the religious dimension, the desire of both actors to be the leader and the protector of the Muslim world is a fundamental part of the process of creating their political identity through a vibrant and intentional otherization mechanism.

In this narrative, in the political sense, both actors have political structures that imply that religion is the genuine source of rights and duties of the government and its citizens. Therefore, the desire for and the quest for the attainment of the leadership of the Muslim world is derived from this context.

Firstly, it is important to analyze the reason behind the instrumentalization of this discourse of rivalry without denying that there is a struggle between the two actors.

Secondly, the issue that ought to be raised is that the political struggle between the two actors seems to suffer severely from ahistoricism, also depending on its political utilization as a foreign policy legitimizing discourse.

Thirdly, it is the question of whether the discourse of rivalry and how it is reflected contributes to a better understanding of the Middle East today.

Along with the revolution in 1979, the establishment of the Gulf Cooperation Council (GCC), the protracted and exhausting eight-year Iran-Iraq war, followed by the U.S.-led invasion of Iraq in 2003 and the 2006 Lebanon War are the main issues used in this discourse.

Looking at this whole issue, it may be indicated that a sectarian narrative served as the building block of the discourse of rivalry.

In the period following the 2003 invasion of Iraq, the "Shiite Revival," as preeminent Middle East expert Vali Nasr called it, occurred and the Shiites began to take their political future into their own hands.

In the following period, the political and military consolidation of Shiites within countries and within the region accompanied the simultaneous emergence of concepts that directly characterize it in a political sense.

The "Axis of Resistance" and "Shiite Crescent" are the two concepts that emphasize a certain political and geopolitical issue, they emerged as imaginative realities and produced discourses.

However, the rivalry phenomenon in the region that the unshakable sectarian view tried to explain imperfectly can also be explained within the framework of ideological motives and geopolitical concepts.

In this way, the fact that the actors utilize the discourse of rivalry as a means of legitimizing foreign policy aims, makes them fall into a “trap of sectarianism” both in literature and in the region.

In this sense, it needs to be stated that in addition to the primordial and ancient narratives of sectarianism, there can also be an instrumentalization approach where identities are mobilized through narratives by the state agents, as has been offered by the prominent voices in the scholarly community.

Another dimension of the metanarrative of rivalry besides sectarianism is the emphasis on its historicity.

In the basic narrative, the struggle between the two actors, which supposedly goes back to the Sunni and Shiite division in early Islam, does not provide the characteristics of being a historical phenomenon.

Most of the time, being historical refers to being social and alterable and changing. Historical, to put it simply, came to refer to the ability to adapt to social and structural changes.

However, saying that the struggle begins with the first divisions in the religion and carried on until now unchanged, seems to be ahistorical.

In addition to all these, there are important arguments to support the ahistoricism of the narrative.

There are plenty of times before and after 1979 when Saudi and Iranian leaders had positive political and religious relations.

Especially in the periods of Ali Akbar Hashemi Rafsanjani and Mohammed Khatami in Iran, diplomatic relations with Saudi Arabia and political linkages between them began to ease and continued throughout the U.S.-led invasion of Iraq in 2003, roughly.

Following the same logic, although it is accepted that there are serious problems from time to time, the presence of Sunni and Shiites in both countries reveals the ahistorical nature of the struggle.

The presence of Sunni and Shiite communities in Iran and Saudi Arabia upset the homogeneity that is immanent to a sectarian narrative.

The third issue is whether this discourse of rivalry contributes to a better understanding of the Middle East. In this sense, there must be serious doubts about the singularity of this rivalry. Political, geopolitical and ideological rivalries and struggles are common in the region.

In addition to the competition between different actors stemming from different reasons, the fact that the region cannot be understood only in the climate of conflict, war and security upsets this singularity narrative of the Saudi-Iranian rivalry.

Reflecting on the Saudi-Iranian rivalry as a static, monolithic and unchanging phenomenon decreases the explanatory power of the rivalry in understanding the Middle East.

Therefore, rather than drawing on and counting upon ahistorical leanings, comprehensive ways that dwell on multi-source reasoning need to be established for a healthy understanding of the Middle East and its rivalries.