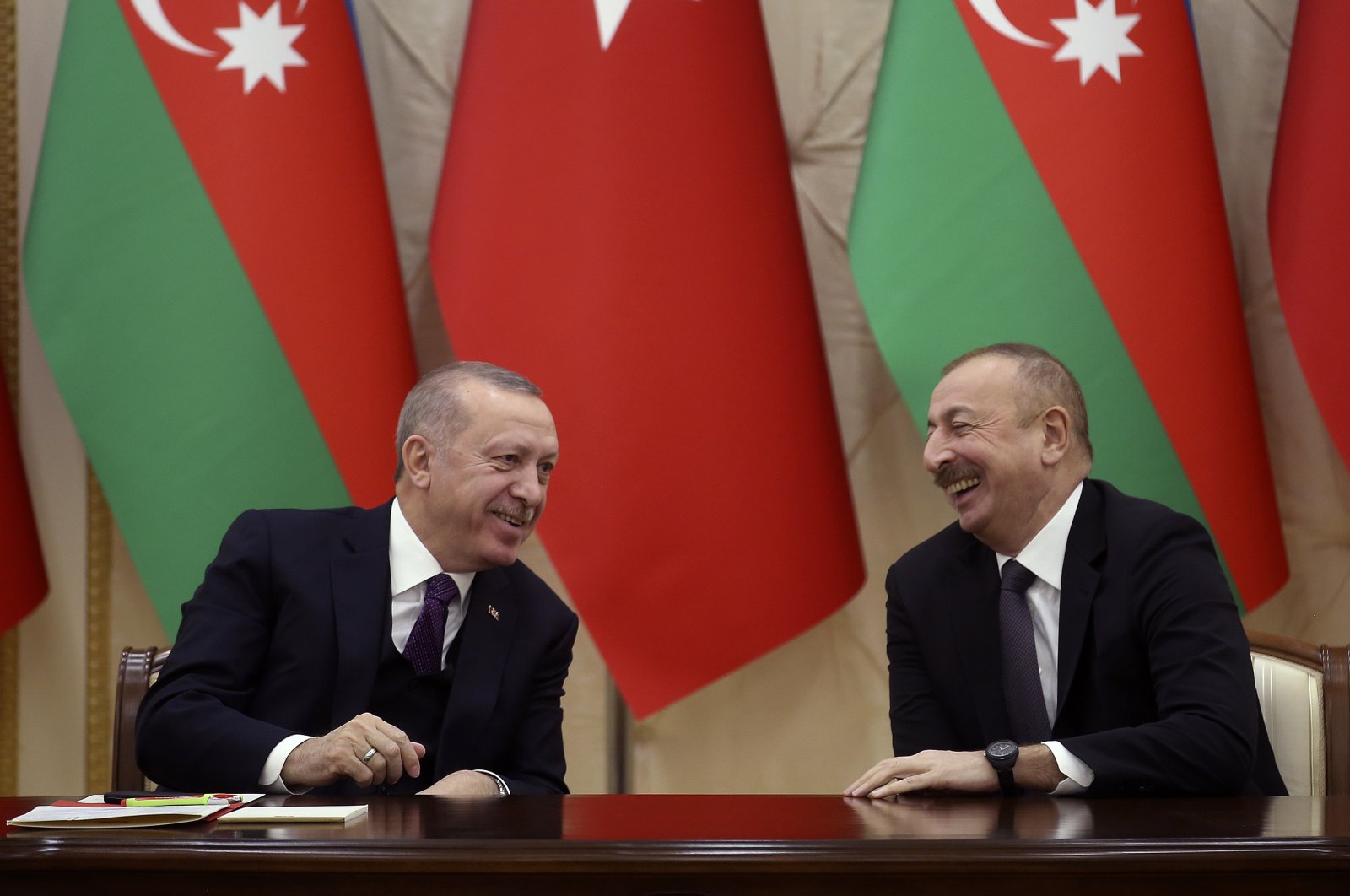 The world has been experiencing a serious geopolitical crisis in recent years. The reaction of the international community to the ongoing processes in various regions has raised questions. In an environment where there is no hegemonic power, all major powers implement different criteria for the political processes happening around the world.

Furthermore, their methods are not as effective as they once were. Namely, the world has faced a serious leadership crisis that has deepened current problems waiting to be solved.

During the lack of true leadership, Turkey's, with the efforts of President Recep Tayyip Erdoğan in particular, initiatives are noteworthy in the South Caucasus, which has suffered security threats since the collapse of the Soviet Union due to occupation and ethnic conflicts.

The collapse of the Soviet Union left the South Caucasus countries facing serious problems. The world order changed, and the international system was reshaped. The process of forming the new order remains the same in the context of power politics with dominance taking precedent over rule-based constraints. Coupled with the leadership crisis, the South Caucasus became a scene of injustice, massacres and other serious issues.

Turkey’s status directly impacts the region's countries and can play a key role to provide peace and cooperation in the region. As Azerbaijani President Ilham Aliyev recently stated, Turkey is a stabilizer and balance provider in the region.

Playing a crucial role in the ongoing conflicts in the Middle East region, Turkey has already become a regional power and an influential actor in the South Caucasus region. Rather than following a policy against Moscow, Ankara seeks the cooperation of all countries related to the region.

In this respect, Turkey’s policy is twofold: First, Ankara supports regional countries’ economic strengthening and gaining more independence. Second, Turkish foreign policy in the region aims to provide stability and seeks agreement for regional cooperation with the participation of Russia.

Although Turkey has only more recently become involved in regional issues, mainly after the Justice and Development Party (AK Party) governance, its power to influence the issues has increased sharply.

In the first decade of Armenian, Azerbaijani and Georgian independence, Ankara was not an active participant; however, foreign policy under the AK Party government has transformed Turkey into an important actor in the region. Energy pipelines running through Turkey to Europe have increased its importance.

Naturally, Turkey's role in the Nagorno-Karabakh conflict, which is one of the largest threats to permanent peace in the region, is currently one of its most significant moves in the region.

The resultless peace talks over the years and the deepening status quo for the Nagorno-Karabakh tension required a daring move to solve the conflict and facilitate the implementation of U.N. Security Council (UNSC) resolutions. Only then can peace and territorial integrity be established in Azerbaijan.

Of course, a peaceful solution is preferred, but how it can be achieved under the mediation of France, one of the co-chairs of the Organization for Security and Co-operation in Europe's (OSCE) Minsk Group, who has allied with the aggressor?

French President Emmanuel Macron's statements not only reflect irresponsible leadership by ensuring the continuation of the conflict, but they also contradict France's official position. In the past, Paris traditionally played an important role in the UNSC resolutions as a member, demanding the immediate withdrawal of Armenian forces from the occupied territories.

On the other hand, Erdoğan has openly and repeatedly criticized the double standards of international organizations and powers, including their approach to the Nagorno-Karabakh conflict.

Similarly, Aliyev signaled that the peace talks to ensure the territorial integrity of Azerbaijan were ineffective due to the irresponsible and insincere position of the Armenian leadership and the indifference of the international community, and thus, Azerbaijan would secure its internationally recognized lands through force, which is not against international law.

Changing the status quo is risky in international politics. It demands acts of will from the leadership, serious calculation, rationalism and bravery. Today's world needs such leaders to implement what international laws and norms demand for the sake of peace and prosperity.

In this context, the decisions made by Aliyev and Erdoğan's leadership will provide justice in the region and teach a lesson to irresponsible leaders who fueled the conflict with their speeches and actions.

Azerbaijan's recent successful operations, clearing illegal separatists from its lands, would have been virtually impossible without this leadership. Because when the demands of society are reflected in the strategic thinking of leaders, they are moving in the right direction.

Aliyev and Erdoğan's leadership in the Karabakh issue will not only play an exemplary role in the solution of other issues but will also contribute to long-lasting peace in the South Caucasus, as well as a change in the balance in regional and global issues.