ASEAN must step up its role in Myanmar crisis 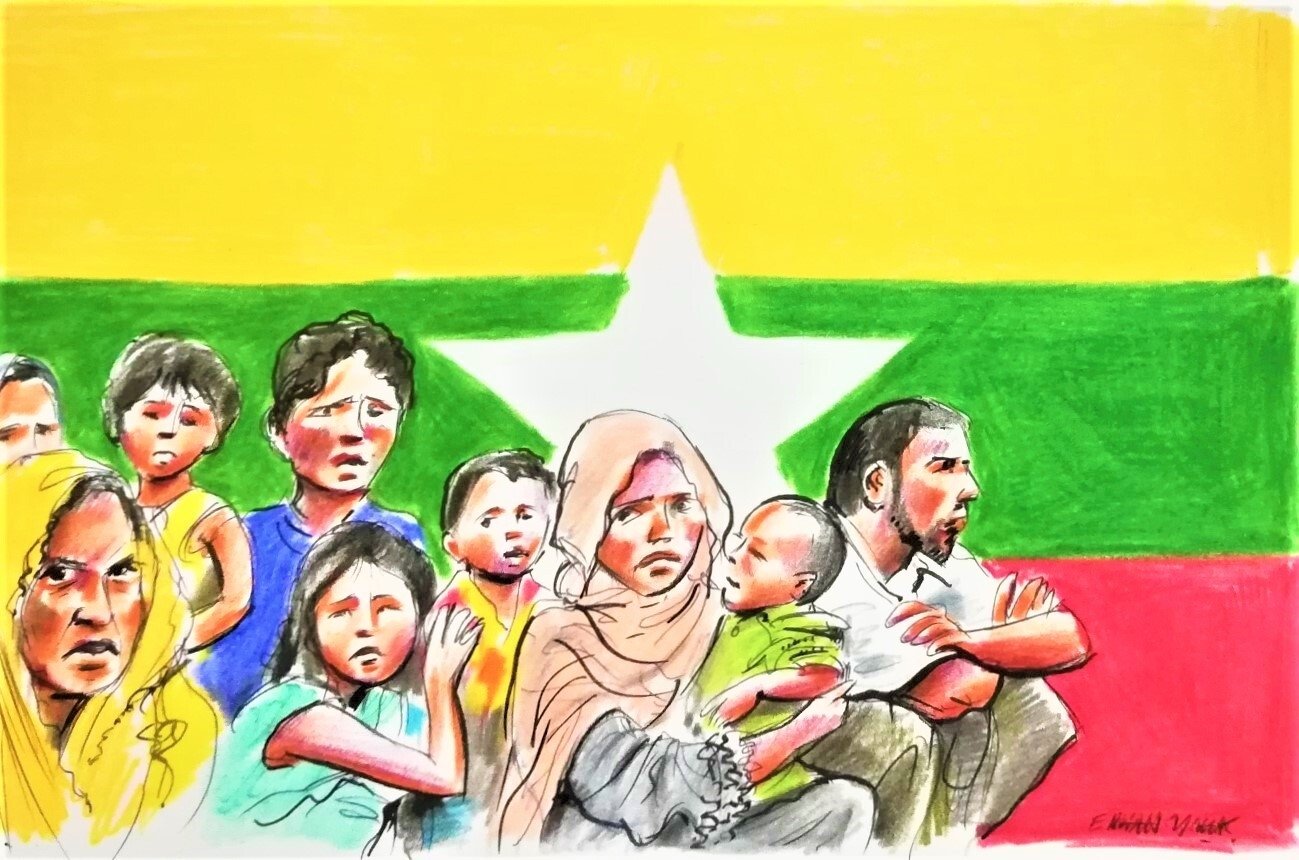 ASEAN offers a framework that unites 10 different Southeast Asian nations, regardless of race or religion. In this context, ASEAN needs to take more responsibility and implement intelligent measures regarding the Rohingya refugees in Myanmar

The special summit over the Myanmar crisis was the right move for the Association of Southeast Asian Nations (ASEAN) countries, and Myanmar has reached a five-point consensus to lessen the violence and monitor the crisis, including deploying an ASEAN special envoy to Myanmar.

This is an unprecedented move as, in many cases, ASEAN member countries have been unwilling to interfere in the internal affairs of other members. However, Malaysia and Indonesia have been exceptional in their stand over the disaster in Myanmar for some justified reasons.

ASEAN was established on Aug. 8, 1967. Subsequently, all countries in the Southeast Asian region became ASEAN members with the participation of Cambodia in 1999. The Treaty of Amity and Cooperation in Southeast Asia (TAC) of 1976 established that ASEAN countries cannot interfere in the internal issues of any of its member states.

The essential goals of ASEAN are as follows: first, to accelerate ties among members; second, to promote regional peace and stability and, lastly, to cooperate with international and regional organizations. ASEAN’s main goal could be briefly described as “One vision, One identity, One community.” With this idealist and supreme concept, ASEAN presents a framework that unites 10 different nations in Southeast Asia regardless of race, belief and religion.

In terms of religions, Indonesia and Brunei are predominantly Muslim nations. Meanwhile, in Malaysia, despite being Muslim, people from other religions live harmoniously with each other, with Buddhism practiced by approximately 20% of the population.

Despite religious differences, ASEAN serves as an "umbrella" bringing together Buddhist majority nations (Laos, Cambodia, Myanmar and Thailand), Muslim majority countries (Indonesia, Malaysia, Brunei) and a Christian majority country (the Philippines). Therefore, one could argue that ASEAN is more compatible and comprehensive than the European Union in terms of inclusivity and diversity. In this regard, ASEAN represents a marvelous and praiseworthy union that differs from the EU, which could be perceived as a union of Christian majority countries.

Economic and trade ties are also of utmost importance in realizing those euphonic, inspiring and, at the same time, challenging goals to maintain peace and stability in the region. As a result, ASEAN member countries have become strong economic partners. For instance, the total volume of trade between Indonesia and Singapore was almost SG$60 billion ($44.3 billion) in 2019, while the trade between Malaysia and Thailand reached a total volume of $25 billion.

The crisis in Myanmar has left millions of people displaced and thousands killed since 2017. Furthermore, the military junta’s coup against Aung San Suu Kyi sparked huge pro-democracy protests across Myanmar, leading to thousands of civilian casualties since Feb. 1, 2021.

Indonesia is the largest economy in ASEAN. Moreover, it is the most populous Muslim nation in the world and a G-20 member. Therefore, looking at it from the perspective of the Islamic world, it is no surprise that Indonesia, a regional powerhouse, would try to propose a solution for the internal conflicts in Myanmar, which have lead to the continued persecution of the country's Muslims. While some may view Indonesia’s foreign policy as less aggressive, as one of the largest Muslim nations in the world, Indonesia’s actions and stance certainly carry influence and weight, something that will be taken into consideration when it comes to Muslim world affairs.

Indonesian President Joko Widodo stated on March 19 that “Indonesia also urges that dialogue and reconciliation must be carried out immediately to restore democracy, to restore peace, and to restore stability in Myanmar.” Indonesia's call for an emergency ASEAN meeting over the Myanmar crisis demonstrates Indonesia's positive role as an initiator of resolution for conflicts in the region.

Malaysia is more vocal than Indonesia regarding the issue in Myanmar. This is because Kuala Lumpur is one of the nations affected tremendously by the conflict, as many refugees from Myanmar tried to escape to Malaysia. According to the United Nations High Commissioner for Refugees (UNHCR), there are over 150,000 Rohingya Muslims in Malaysia, the highest number in the region.

Over the years, internal conflicts in Myanmar have forced Rohingya Muslims to flee the country and seek protection in nations like Bangladesh, Pakistan, India, Malaysia and Indonesia. The conflict has displaced millions of Rohingya within the region and all over the world. Undoubtedly, the exodus of Rohingya has created a regional humanitarian crisis. In this regard, internal issues in Myanmar have become a regional problem that needs to be addressed by ASEAN countries.

Past Prime Ministers of Malaysia Najib Razak and Mahathir Mohamad and the current Prime Minister Muhyiddin Yassin have criticized the violence in Myanmar and called on international and regional organizations to find a permanent and effective solution to the crisis. Mahathir and Najib have described Myanmar’s actions against Rohingya Muslims as genocide. Mahathir declared that: “let’s start by calling a spade, a spade. What happened in Rakhine state is genocide,” at the 74th Session of the United Nations General Assembly (UNGA).

Recently, Prime Minister Muhyiddin warned that Malaysia could not afford to take in Rohingya refugees anymore due to economic concerns brought upon by the COVID-19 pandemic. This indicates that this regional disaster causes unexpected burdens on other ASEAN members unless there is a lasting solution for all.

In this regard, the five-point consensus reached by ASEAN members is a success for the region. The next step is to intensify the pressure on Myanmar to implement these actions and take prudential measures to prevent the displacement of more people from Myanmar and the flood of refugees to other countries.