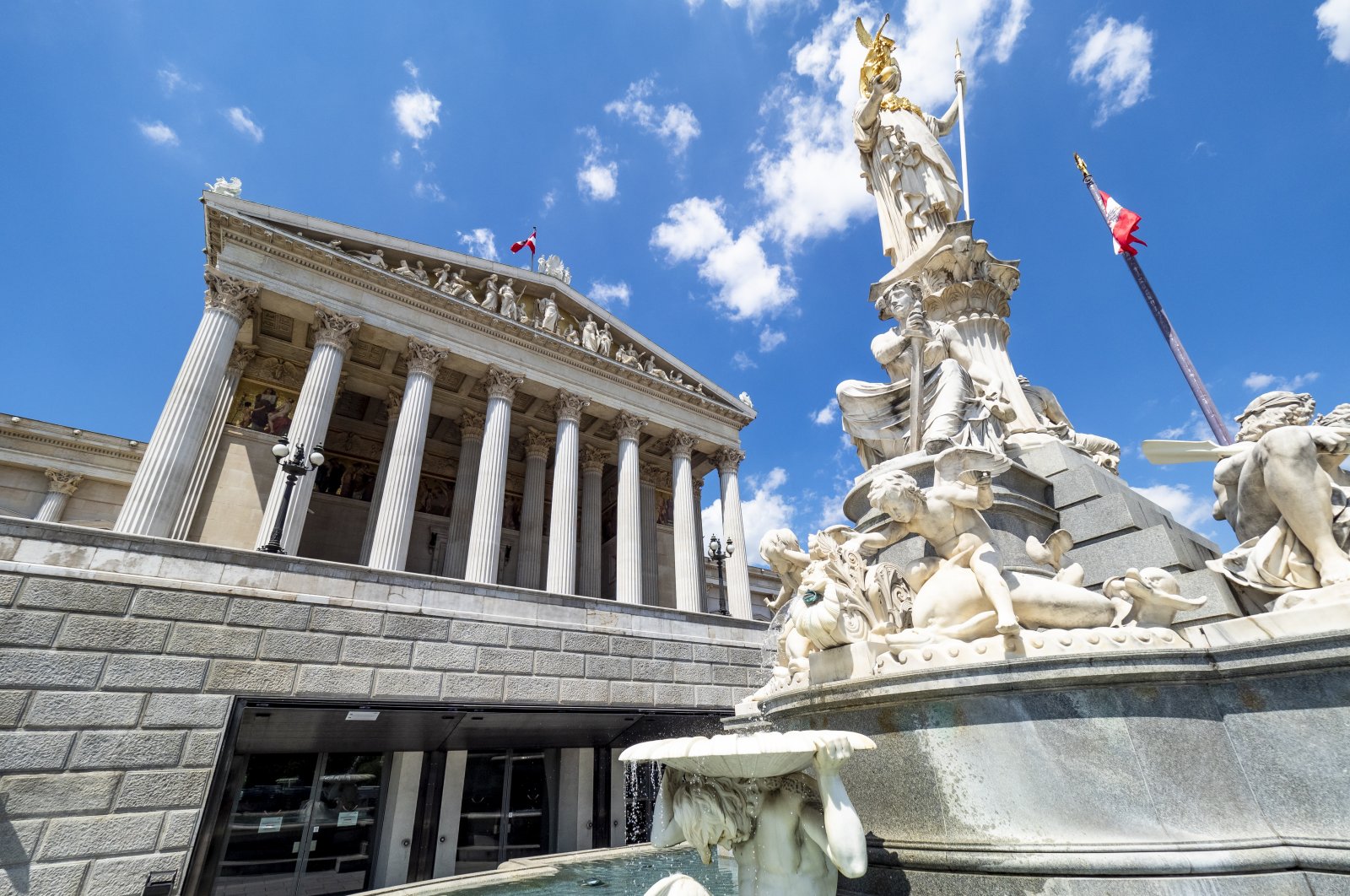 A view of the Austrian Parliament building in the capital Vienna, Austria. (Photo by Getty Images)
by Klaus Jurgens Dec 06, 2021 12:05 am
RECOMMENDED

Every observer with a keen interest in all things Austria is having a difficult time watching a fine and proud nation of enterprising, welcoming people experience such political upheaval. At stake: the governing conservative Austrian People’s Party (OVP) confusing the nation and electorate as if the country is a self-service check-out for political ambitions and not a world-leading democracy with influential seats at United Nations agencies.

First, some weeks ago and in light of serious corruption accusations, Sebastian Kurz stepped down as chancellor; of course, every citizen is innocent until found guilty. His successor was Alexander Schallenberg. Second, late last week on an otherwise uneventful mid-morning at precisely 11:30 a.m., Kurz announced his resignation from all party and political offices, including as the influential parliamentary party group chairperson. Third, and as the rollercoaster continued, Schallenberg quit his job as chancellor, too. And there was more in store as the big reshuffling at the top of the OVP kicked off in earnest and Schallenberg was succeeded by former minister of the interior, Karl Nehammer. Confused?

Jokes are already making their rounds in the capital Vienna with 18 days left until Christmas about whether or not there will be a further 18 chancellors presented to a bewildered public.

To top it all off, just as citizens needed a break from breaking news, Finance Minister Gernot Blümel called it a day as well. By late Saturday, the list of names was circulated among the media regarding who will take over which ministry and who might stay. This has perhaps been the most shocking state of affairs Austria has faced since the end of World War II.

It all started so promisingly. Kurz, the former foreign minister and a shining star in the world of Austrian politics, declared a complete overhaul of the political system, ending what many perceived as an outdated, clique-like managing of the nation’s affairs. The voters appreciated his approach and sent his team back to office at the end of 2019. He had been chancellor since 2017 but then his coalition with the far-right Freedom Party of Austria (FPO) collapsed over the Ibiza corruption scandal. The 2019 figures speak for themselves – 37.5% of the public votes for Kurz and his revamped party are no small fry at all. It was a rock-solid victory at the ballot box indeed. Regional party bosses (we shall return to this point further below) were very satisfied that such a relative newcomer to the political scene grabbed a majority of votes and very comfortably so with an enormous swing.

The writer of this article watched it firsthand in 2019 as during one of the final election campaign events a huge crowd gathered in Vienna; Kurz staged a U.S.-type election show with gigantic screens projecting popstar-like images to both an audience on location and to voter’s televisions all across the nation. A leading German conservative politician, Manfred Weber, had traveled to Austria to lend his support to Kurz. After all, he had become the darling of Western Europe’s political classes.

In retrospect it was "(former U.S. President Donald) Trumpesque," if that formulation makes sense. The voices got louder and louder the longer the party convention lasted, candidates for public office were almost shouting to and into the assembled party aficionados. But it was one-way communication, just a show.

What was the content? "Mangelware" as a nice German expression says, or in a personal and not professional translation, a scarce commodity. Stylish young women, coiffured young men and a few more mature personalities shipped in for good electioneering measure.

It was personality over the program, one feels inclined to point out, but then we must be fair to Kurz, too. There was a time before he became chancellor when everyone cherished his way of doing things. He traveled by train instead of motorcade, for example, and the number of bodyguards was minimal, if there were any. Ordinary citizens warmed up to him, ready to give him not only the benefit of the doubt but a serious chance.

It was most definitely not just the one occasion, not simply one incident that must have made Kurz believe in his self-perceived faultless, free-from-judgment, towering above the electorate and in principle, a real Mr. Teflon attitude to think that any scandal surrounding him or his entourage, no matter which ill-fated political decision, would not stick.

The term Mr. Teflon had been used in politics with reference to former British Prime Minister Tony Blair who managed to survive both small and big crises, hence his nickname "Teflon Tony."

But a U.K. prime minister who would in all likelihood be at the helm of his political movement, too, has far greater standing among party members than an Austrian chancellor. Commentators in Austria already speculate that it may have been not only Kurz deciding to call it quits but that influential regional party bosses (see above, too) afraid of losing big time in a future election prompted his decision.

The interesting thing is how quickly a role model democrat flirted with becoming an authoritarian leader; normally, this takes many years, if not decades. Did being in power overwhelm him, or did he have a master plan all along? Or was the pandemic simply too much to handle for a leader with relatively less experience when compared with other, older statespeople?

Neutral commentators would have expected Austrian President Alexander van der Bellen to step into the ring and use his constitutional powers to relieve the chancellor and Cabinet from their duties. It is a rare occasion but indeed enshrined in the Austrian Constitution. Apparently, the president preferred to wait and let the governing coalition made up of OVP and the Greens propose their very own solution to the crisis.

The problem is, however, that such an attitude basically endorsed the OVP and it clinging on to power no matter what.

The consequences for the trust in the political system might be dramatic, giving further rise to extreme political movements and an ever-increasing protest vote. Alternatively, younger voters might prefer to skip politics altogether.

Will there be snap polls? Probably the last thing on any OVP politician’s mind. Likewise, the Greens could be catapulted out of power. Would Socialists and Liberals plus Greens copy the new German model? And what about the FPO?

Penning these lines on Sunday and one day before theoretically a new Cabinet has been sworn in, only one thing is certain: Pandemic or no, elected office holders should not gamble away hard-earned public trust by putting personal career interests first instead of duly serving the entire nation.

Kurz may have quit politics, but the more than questionable legacy of his short reign will probably haunt Austrian politics for years to come.