Deepening relations in time of crisis: Turkey and the African continent 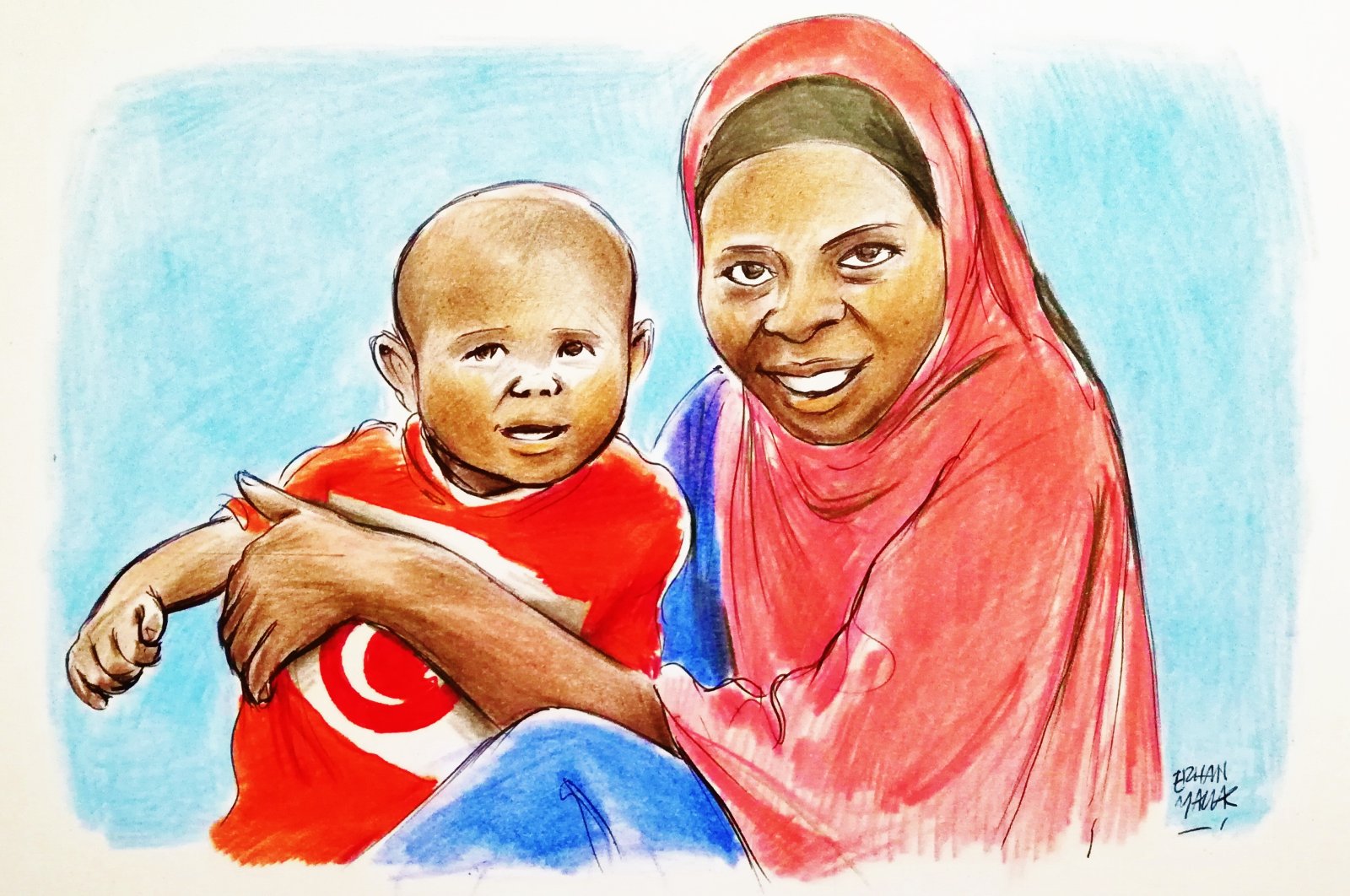 “These are no ordinary times.” These were the words of Ghana’s president, His Excellency Nana Akufo-Addo, when addressing the Ghanaian people for the very first time on steps being adopted by the government to mitigate the harsh impact of the COVID-19 pandemic. Similar expressions have been used by global leaders facing similarly grim circumstances as the world struggles to get a grip on this deadly pandemic. Only world wars have wreaked the kind of havoc COVID-19 has caused to human life and the global economic order. Desperate times, as they say, call for desperate measures – as governments the world over continue to struggle to adopt sound health and economic policies in order to protect the lives and economic well-being of their people.

Social distancing has become the order of the day, and rightly so. The Chinese experience has taught every one of us that this is the best way to severely limit the rapid spread of the virus. Yet, one cannot help but notice the self-centered and unduly nationalistic policies that have become rampant in modern politics. Neither can it fail one to note the presence of this trend in the approach of many countries in their battle with the pandemic – a perfect example being the almost pirate-like diversion of shipments of personal protective equipment (PPE) by the United States and other European countries.

While it is crucial for governments all over the world to focus heavily on the situation in their own countries, history teaches us that desperate times also offer rare opportunities to build new friendships and deepen old bonds. The special relations between the European Union and the U.S. today is a case in point. Those bonds were deepened exponentially in the darkest hours of the world wars, especially in World War II. Not only did the U.S. fight and lose hundreds of thousands of young men in what was largely a European war, but it also heavily aided the subsequent European economic recovery via the Marshall Plan.

COVID-19 has not as yet impacted the African continent as it has Europe, the U.S. and Asia. Yet only time will tell if the situation will deteriorate further or not. Be that as it may, the fact remains that the African continent, with its fragile health and economic structures and infrastructure, is probably the worst-prepared for such a pandemic. We will thus need all the help we can get.

Turkey, especially after President Recep Tayyip Erdoğan’s ascension to power, has truly asserted itself as one of the leading allies of the African continent. Turkey’s unique policy of mutual cooperation, seeking friendship with Africa on a win-win basis, is ideal at a time when other countries are primarily looking for opportunities to "milk" the continent. Over the years, the relationship between Turkey and sub-Saharan Africa has seen significant growth. However, given the sheer potential both sides possess, it is imperative to work harder to grow this relationship even further.

It was thus heartwarming to hear the Turkish government’s plans to focus heavily on Africa in 2020. No doubt the current pandemic and especially its economic impact will force it to reassess many of its original plans, but it nonetheless offers a rare opportunity for Turkey to work with more African countries, especially in sub-Saharan Africa, to deepen its economic ties with one of the fastest-growing regions on the African continent and indeed the world.

I offer a few ideas as to some ways to achieve this goal.

Turkey has already shown its altruist policy direction via its aid to hard-hit NATO allies such as Spain, Italy and more recently the U.K., when many other much wealthier allies couldn’t be bothered. This gesture, coming especially at a time when Turkey itself has experienced a spike in confirmed cases and deaths, speaks volumes about the forward-thinking nature of the current Turkish government. It’s important that the Turkish government adopts a similar policy of friendship and support toward the African continent in these crucial times.

Most African countries are currently only looking to China for the necessary medical supplies and PPE needed in fighting the pandemic. Yet, many now have cold feet after news that several such technologies procured by European countries from China turned out to be defective. Many countries need a plan B in this regard. Being a keen follower of all events in Turkey, I am well aware of major exploits by Turkish companies in the production of such items as ventilators and other crucial medical technology. It will mean a lot to many African countries if such technology and, crucially, Turkish health expertise can be shared with targeted countries on the continent that need it most. Such a move will indeed deepen the level of friendship between Turkey and sub-Saharan Africa.

A move like this, however, shouldn’t be seen merely as an act of kindness but rather an investment. It could prove highly strategic as it will expose many countries in sub-Saharan Africa to superior Turkish medical technology and expertise for the first time. Such knowledge could lead to deeper economic bonds and boost medical tourism to Turkey long after this pandemic has passed.

Turkey has over the years invested and supported key African institutions, such as the African Union (AU), the Economic Community of West African States (ECOWAS), the African Development Bank (ADB) and others. Such investments and support underline Turkey’s commitment and solidarity to African development. At a time when most traditional multilateral supporters have pulled back for obvious reasons, Turkey has not necessarily taken the same approach. This was especially evident in the strategic move by the Turkish government to increase its capital subscription to the ADB from $358 million to $800 million. This move was necessitated by the ADB’s decision to increase its capital from $90 billion to $200 billion in late 2019. While this move may obviously have been very difficult to make given the prevailing economic conditions, it will clearly prove strategic in the medium to long term, as such a move underlines the seriousness the Turkish government attaches to its relationship with the African continent.

The economic potential of the African continent simply cannot be overemphasized. It is thus no surprise that almost every western country wants a piece of it. Yet, most Africans – and especially those in the private sector – are generally very skeptical of such foreign interest, given what we have experienced from imperial powers in the past. A move such as that made by the Turkish government puts Turkey's intentions beyond reproach. It is no wonder that the image of Turkey as an economic partner as well as Turkish companies and brands continue to soar across the continent by the day. For an export-driven economy like that of Turkey, the potential market Africa offers for its goods and services and also as a source of raw material would be crucial moving forward. Thus, the goodwill the Turkish government is cultivating will in the near future pay huge dividends, boosting its economic relationship with the continent substantially.

As can be seen all over the world, COVID-19 isn’t merely a health disaster but also a major economic nightmare. Currently, many African countries have several of their key business and economic centers on lockdown as people are encouraged to stay home to avert the spread of the virus. This has created a major problem for the vast majority of temporary workers who can only earn money from working day jobs, as well as the huge slice of the populace that is homeless. Many African countries need all the help they can get. Items such as canned foods, educational supplies and medical aid are in high demand. Many Turkish companies have strong expertise in these areas and, fortunately, the Turkish Cooperation and Coordination Agency (TİKA) has extensive reach and networks in Africa as far as delivering aid is concerned. The Turkish government and the private sector can work together to deliver life-saving aid to targeted sub-Saharan African countries in a bid to deepen its relationship even more with the whole continent.

In supplying such aid, along with continuing to make moves such as those mentioned above, the focus should not only be on Turkey’s already-strong friends on the African continent. More effort needs to be made to shore up the friendship and economic relationship between Turkey and African countries with which Ankara has weaker ties.

Thus, despite the dark clouds the COVID-19 pandemic has cast over the economic order, there are some silver linings, as Turkey could come out of all of this with a stronger and even more economically viable relationship with the African continent.

The relationship between Turkey and Africa will be crucial to the Turkish economy moving forward – especially at a time when the EU, Turkey’s biggest market, faces its worst economic fallout since World War II. Furthermore, the Donald Trump-led U.S. administration is increasingly looking inward and quickly becoming an unstable economic partner. Also, with the Middle East is in a state of political and economic turmoil and most Asian countries in recession, the African continent could well emerge as one of Turkey's most important economic allies in the next decade.

To achieve this, however, it is crucial for the Turkish government to keep up its pro-Africa policies – especially in these times of crisis – safe in the knowledge that whatever expense is made in building this relationship further will be paid back many times over in the coming years.