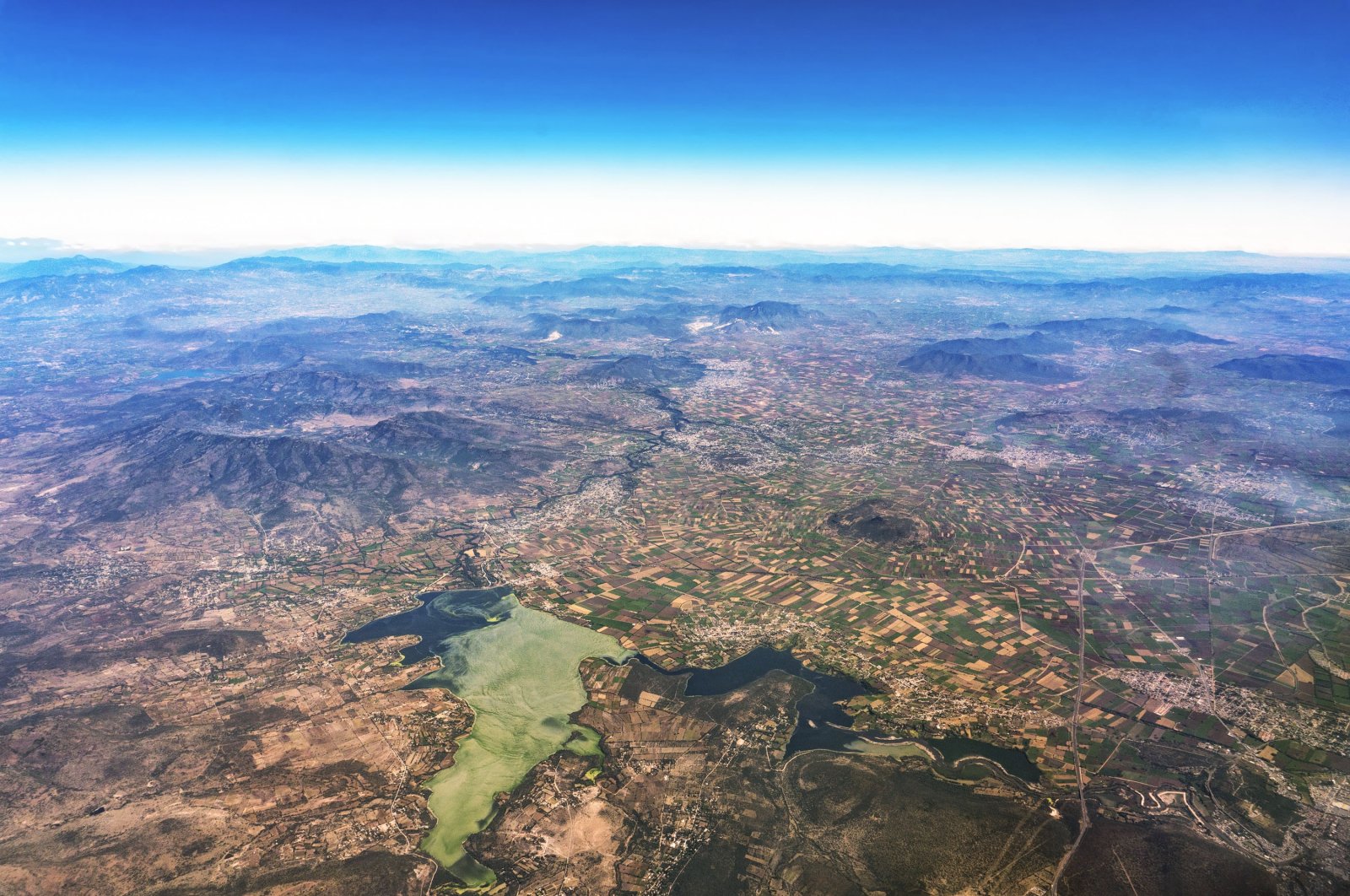 There is an ancient Turkish saying: “Does the one who reads a lot or the one who travels a lot know better?” Similarly, when someone comes from afar, the first thing people ask is “Save what you have eaten or drank for yourself, share with us what you have seen."

Traveling has profound value for Turks, who spent much of their history as nomads. The Turkish word for “nomad” comes from the verb for “to walk, wander or run.” Walking is to be alive, to be united with nature and its wisdom.

Why do we need to travel?

The earliest humans existed as hunter-gatherers for more than 200,000 years in history. Sedentary farming as a way of life is only some 12,000 years old. But while our genes remain the same, our current lifestyle has been altered, settling somewhere between 12,000 years of farming and 220 years since the Industrial Revolution.

Hunter-gatherers used to walk around 10 kilometers (6.2 miles) each day and wander more than 1,000 square kilometers over a lifetime. They tried to acquire food, spent their life in the pursuit of discovering new places, new food resources and shelter. They always minded their surroundings and tried to adapt to new environmental conditions varying from arctic deserts to tropical forests.

People in the 2020s, on the other hand, walk less than a few hundred meters a day, face almost no surprise or danger in their daily life, unlike their ancestors, discover nothing new and don’t usually pay attention to their surroundings. Moreover, modern humans work two and a half times more than their ancestors in settings like offices or factories. These are the reasons behind ongoing and never-ending depression, early aging or high stress, as the temporary relief of the last vacation we took does not last long.

Our hunter-gatherer bodies surely object to how we live now! It does not really matter whether we live as a farmer or an industrial worker – our bodies evolved as hunter-gatherers.

What's wrong with the way we travel?

People try to relieve themselves by taking a few days of vacation once a year. Does it still mean that a person who travels more knows more? Do we still travel this way? Or do we just enjoy, exploit, eat, drink and ignore all the little details that make a city or people what they are.

Do people really pay attention to the very land they walk on, people they speak to, the food they eat, the weather they feel? Or are these just the insignificant elements that serve our pursuit of pleasure? What can the average person tell about a 5,000 year-old city that hides at least a dozen civilizations and a few religions within its walls? That the food was nice or the nightlife was not vibrant enough?

The need to travel is driven by different motivators now. Humans used to travel to survive, explore and expand their knowledge. They pushed their limits so hard that they crossed over the icy deserts of the Bering Strait, Siberian forests, the towering Andes and countless other obstacles. They overcame cold, heat, thirst and wild animals by minding every little detail during their quest. Traveling across dangerous and unfamiliar territories was an explosion of new incoming data that needed to be processed with great caution.

On the other hand, it is not only exhaustion caused by capitalism that makes us travel for pleasure. People are also affected by the colonialist and consumerist culture they are exposed to. According to data published by The World Bank, eight out of 10 countries in the world that travel the most have a history of being colonialist.

Statistics show that there are almost 100 million outbound trips from Germany and that the average British citizen spends 10 days abroad every year. We can add new examples, but the colonialist point of view sees any country of the world as a place to exploit, any person as a servant to the motherland. Similarly, when this ideology is reflected in tourism, people tend to see any country in the world as a place just to enjoy, unwind and serve their experience.

A city can tell a lot of secrets. Not just the romantic ones, but ones about the macroeconomy, injustices in living standards, historical development, city planning and more. The level of institutionalized racism in a city can be analyzed just by walking in a business district right before and after working hours when you can see office workers and service personnel, or by meeting a lot of taxi drivers from certain origins with university degrees who could not find jobs in their own fields.

Mexico City: A city with spirit

Let’s take a look at one of the greatest cities in human history: Mexico City

Mexico City was one of the most populated and developed cities in the world along with Istanbul, Paris and London right before it was conquered. The very geographical features of the city jump out of the picture. The city is located in a 2,500-meter-heigh bowl surrounded by mountains that used to be a big lake before Spanish invaders drained it in order to have fertile land at the heart of the city. It is also the neighbor to some of the most remarkable pyramid sites in the world, yet the number of tourists visiting the famous Mexican resort of Cancun is almost three times that of this great city of humans. Why do visitors come to the resort famous for its beautiful beaches, hotels and nightlife but don’t even see this amazing ancient city full of cultural highlights?

Mexico City has something not every city in the world has, a spirit just like Istanbul, London or Rome. The spirit of a city is not something you can invest in and create over dozens of years. It requires more than long-term development plans, it requires a historical journey, the touches of different civilizations, different religions and people from all around the world.

Close your tourist eyes and open your mind

Mexico City is not a dream that has been wrapped up and sold to people but a striking reality in an alternative universe that is far away. A visitor can enjoy good food, sunny weather and welcoming local people or try to understand why a cup of corn costs almost the same as a dish full of meat in a country once famous for its corn. (The answer to this particular dilemma is that the cornfields were mostly taken by force from common people and used for sugar plantations by the capital owners of Mexico. This move was one of the main leading causes of the partly successful Mexican revolution, but today Mexico imports almost all its corn from the U.S.)

There are other facts that can be deduced just by observing supermarkets or roadworks. An observer can notice lots of idle employees in a workplace and automatically assume that inefficiency is part of the culture in Mexico. But on the other hand, a few realities about the economy show otherwise. Minimum wage in Mexico is around $150 and the capital’s population is more than 22 million, generating more than 20% of the country's total GDP. As a result, observing idle employees in a work place is a sign of the government's efforts to divide income among the working class and reduce unemployment, not a culture of inefficiency or laziness.

There are great places and great people in the world waiting for us to discover them. But we have to change the way we see both in order to expand our knowledge and be compatible with our own nature, which will lead us closer to our inner peace.