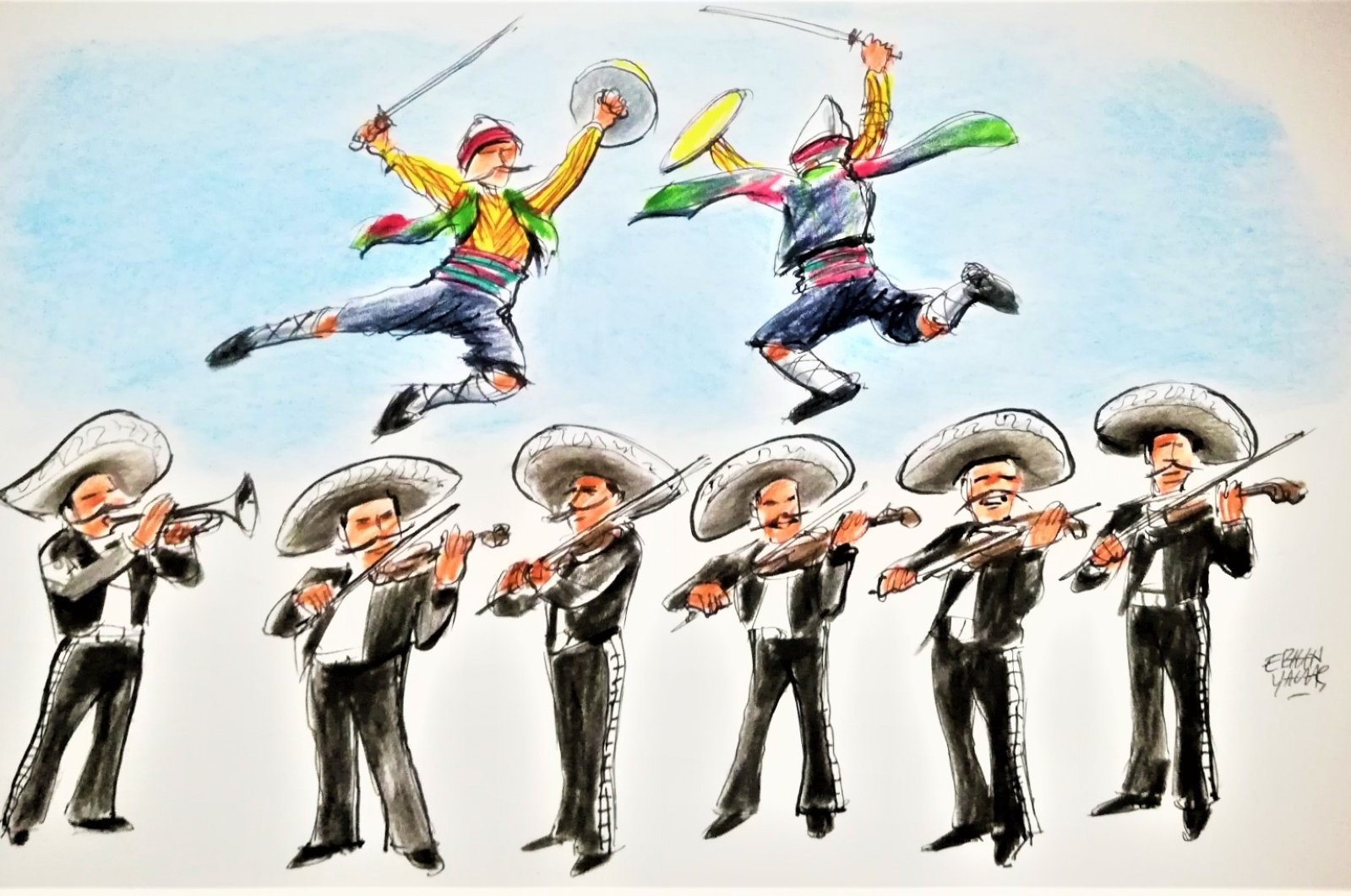 Years of traveling in Latin America, an endless desire to learn about people and culture combined with the analytical mind of a system engineer made me long to understand: why did some Latin American countries end up as they are?

Mexico is among the world's 20 largest economies in terms of total gross domestic product (GDP), along with Turkey. The average GDP of both countries is close to around $1 trillion. Both countries are members of the Organization for Economic Co-operation and Development (OECD).

At the same time, remittance plays a significant role in the economies of both countries. Like Turkish migrant workers in Germany, millions of Mexicans live in the U.S. and send money back home to their families. Both countries are also part of mega-trade agreements, with Mexico a member of the North American Free Trade Agreement (NAFTA) while Turkey is in the EU Customs Union.

Statistics also indicate that both countries experienced almost the same setbacks from global economic crises, such as the Great Recession in the U.S. between 2007 and 2009.

The countries share even more similarities. Turkey and Mexico are both among the top three populated countries in their regions. While Mexico buffers the U.S. against more troubled Latin American countries such as Honduras, Guatemala and El Salvador, Turkey safeguards the EU from the troubled Middle East.

Culturally, Latin American customs share great similarities with Turkish Mediterranean cultural features. Despite being a landlocked city, Mexico City is among the few cities in the world that can be compared to Istanbul in terms of its metropolitan vibes and social life. Just like Turkey, food plays an important role in the social structure of Mexico and the vibrant ethnic backgrounds of both countries have crafted a wide range of tastes and varieties in their cuisines.

However, despite these undeniable similarities, there are some striking differences between the two countries. Most significantly, the minimum wage in Mexico is one-third of that in Turkey.

Meanwhile, supermarket prices are 20% higher, rental prices are 50% higher and food prices are 25% higher in Mexico City compared to Istanbul. This places Mexico’s purchasing power way below that of Turkey. The number of citizens without any social security in Mexico is almost five times the number of uninsured citizens in Turkey.

Security is one of Mexico's main challenges. The country has one of the highest rates of murder, assault and rape in the world. In only seven months prior to the 2021 Mexican legislative election, 90 candidates were murdered by narcotic gangs and drug cartels. It is generally understood that traveling at night is dangerous in many parts of Mexico.

On average, the white population also receives 45% longer education than Indigenous groups. Contrary to the situation in Mexico, racial discrimination does not explicitly exist in Turkey and the country continues to host the largest number of refugees worldwide, with close to 4.1 million refugees.

So, why are there big gaps in such similar countries? The answer to this question lies within the history of these two countries.

The main factor that determines the differences between the two countries goes back to the Spanish colonization era. In the case of Turkey, the Roman or Ottoman Empires considered the people in the lands they conquered as their own citizens.

On the contrary, colonialist empires such as Spain treated the people in their colonized territories as their subjects and forced them to serve the la Madre Patria (the motherland Spain) by applying strict cultural assimilation policies. Their subjects, even Spaniards married to Indigenous people did not have the same rights as the Spaniards from Spain. The Indigenous peoples of Mexico were thus the de facto slaves of the Spanish conquerors.

It is not difficult to imagine the negative effects of the long years of being ruled by such colonizers on Mexicans. The shadows of colonization still haunt the psyche of many Mexicans. Because of such strict policies, which resulted in brutal massacres and centuries of slavery, the violence of the colonial period gave birth to long-lasting disorders including intolerance, social and economic injustices, and a deep institutionalized sense of racism within the society.

The war for freedom

Another factor to pay attention to is the war for independence in both countries. The Turkish and Mexican wars of independence had different motives. Given their accomplishments on the battlefield since the Huns, Turks have been historically considered among the best warriors in the world.

On the other hand, prior to the colonial period, Mexican Indigenous armies were operating in a relatively more peaceful region where they did not have to struggle to survive as Europeans or Turks did. The relatively peaceful geography prevented the need for Indigenous Mexicans to develop advanced and skillful armies. The situation made it easier for European colonizers to destroy local resistances and occupy Mexican lands.

Like many other cases in Latin America, the Mexican war of independence was also initially driven by the very same local authorities appointed by the Spanish to look after the colonies. These local governors and influential elites had the desire to prosper by taking advantage of the weakling Spanish Empire. Fighting for freedom and independence was mostly utilized as an effective marketing tool to mobilize the Indigenous masses.

Upon winning the war of independence, the same elite group appointed by the Spanish took over political and decision-making positions in post-independence Mexico. Thus, unlike Turkey, the Mexican masses who were the main field actors throughout the struggles were mostly marginalized in the morning after independence. Land rights and many other promises made to them never materialized. The sociopolitical dynamics of the pre-independence period were reincarnated in a new form in the post-independence period.

Many Mexicans tend to blame the U.S. or the narcotics industry for most of the troubles they face on a daily basis, yet both are just the tip of the iceberg. Easy access to cheap labor and raw materials might turn Mexico into the U.S.' backyard; however, it is not enough to make the U.S. the cause for all existing problems.

Corruption and violence caused by the narcotics industry have played their own roles as well, but there are also other factors causing the current problems in Mexico. Mexican laws had already favored the flow of U.S. capital into the country before the Great Depression. Many fertile lands, raw materials and national resources were processed by or belonged to U.S.-based companies before the 1930s.

There was a brief window of opportunity for people to obtain certain rights after the Depression, but the Mexican government used the opportunity to further grow the private sector to make the economy more stable against fluctuations in raw material prices. These policies strengthened the economy by developing consumer goods industries.

Meanwhile, Mexican politics occasionally turn populist to support farmers and working-class people to improve the living standards of common people, but more often they tend to favor the capital and people with power. As a result, the governments’ first concern has not always been the wellbeing of the common people.

Although Mexico and Turkey are similar in many ways, the historical line was broken when Turks were able to end colonization in practice. These circumstances made it impossible for racism to exist in Turkey and kept the hope alive. Even if the issues above seem like they might have analytical solutions, all sorts of solutions should start with hope. Mexicans need to develop consciousness as a united nation and believe in themselves and their own amazing potential, just like Turks did at the lowest point of their own history with the help of one of the greatest leaders in human history.