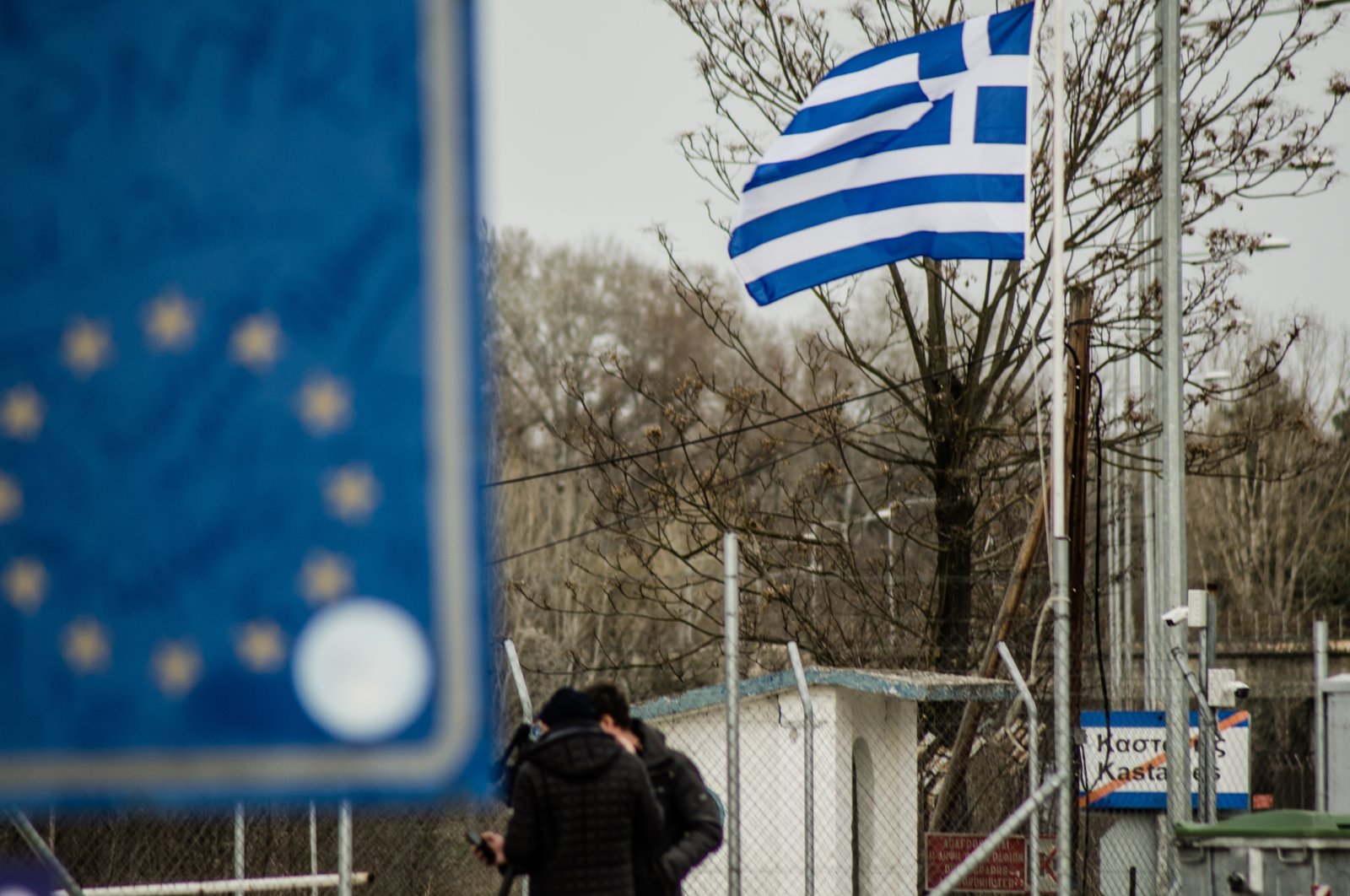 Greek Foreign Minister Nikos Dendias' recent visit to Turkey seems to have left a bitter taste in Ankara's mouth, as he adopted harsh and accusatory rhetoric toward Turkey during the press conference that followed his meeting with Foreign Minister Mevlüt Çavuşoğlu.

Not only did he accuse Turkey of threatening Greece's national interests, but he also warned Turkish decision makers that if Turkey does not change its recent regional policies then it would have to face the European Union as a bloc.

We all witnessed Dendias doing his best to move Turkish-Greek bilateral relations to the EU level, assuming that the EU has already achieved an autonomous agency in the realms of foreign, security and defense policies and that there exists a common European approach toward Turkey.

Fearing Turkey's power capacity and increasing bargaining power within NATO, for decades Greece has turned to the EU as a security shield against Turkey.

It seems that neither Turkey's EU membership vocation nor the apparently positive consequences of the much-praised "Sirtaki diplomacy" of the late 1990s has changed Greece's calculus against Turkey.

The old formula that Ankara's road to Brussels goes through Athens and Nicosia still holds in Greece. Instead of investing in the emergence of a European Turkey by contributing to Turkey's EU membership prospects, Greek decision-makers still subscribe to the idea that the best way to extract concessions from Turkey is to Europeanize Turkish-Greek relations and exclude Turkey from the European family of nations.

This is a pity for Greece, for a Europeanized Turkey would serve Greece's interest much better than a purely Anatolian Turkey that turns its face away from Europe and increasingly feels discriminated against.

Despite Greece's expectations, the bloc has not turned out to be a credible international actor in the realms of foreign, security and defense policies.

Internal divisions among member states are so intractable that neither the COVID-19 pandemic, nor the growing suspicions on the credibility of the U.S.' commitment to liberal international order, nor Brexit, nor the geopolitical challenges that the rise of China and Russia put to the European security order seem to have culminated in a strategically autonomous EU.

In addition, there is no unifying attitude towards Turkey inside the EU. Greece's blackmailing strategies produced some pro-Greek outcomes in the past, such as the admission of the Greek Cypriot administration to the EU in 2004, as representative of the entire island.

Yet, today's EU is nowhere close to unifying behind Greece as a protective shield. Despite the decreasing prospects of Turkey's EU membership, some EU members continue to see Turkey as vital to the materialization of the EU's key interests. Germany, Spain, Italy, Portugal, Hungary and Poland are some of them.

Greece and Turkey are neighbors and whenever they put diplomacy and good neighborly relations at the center of their relations, the Aegean Sea becomes a sea of peace and hope.

Greek decision-makers should stop viewing Turkey through the prism of external actors and they would do well if they stopped playing an active role in the formation of anti-Turkey coalitions in our common region.

Yes, the bilateral problems are difficult to solve, yet they are not totally impossible to manage and win-win outcomes are reachable. Let’s keep trying.