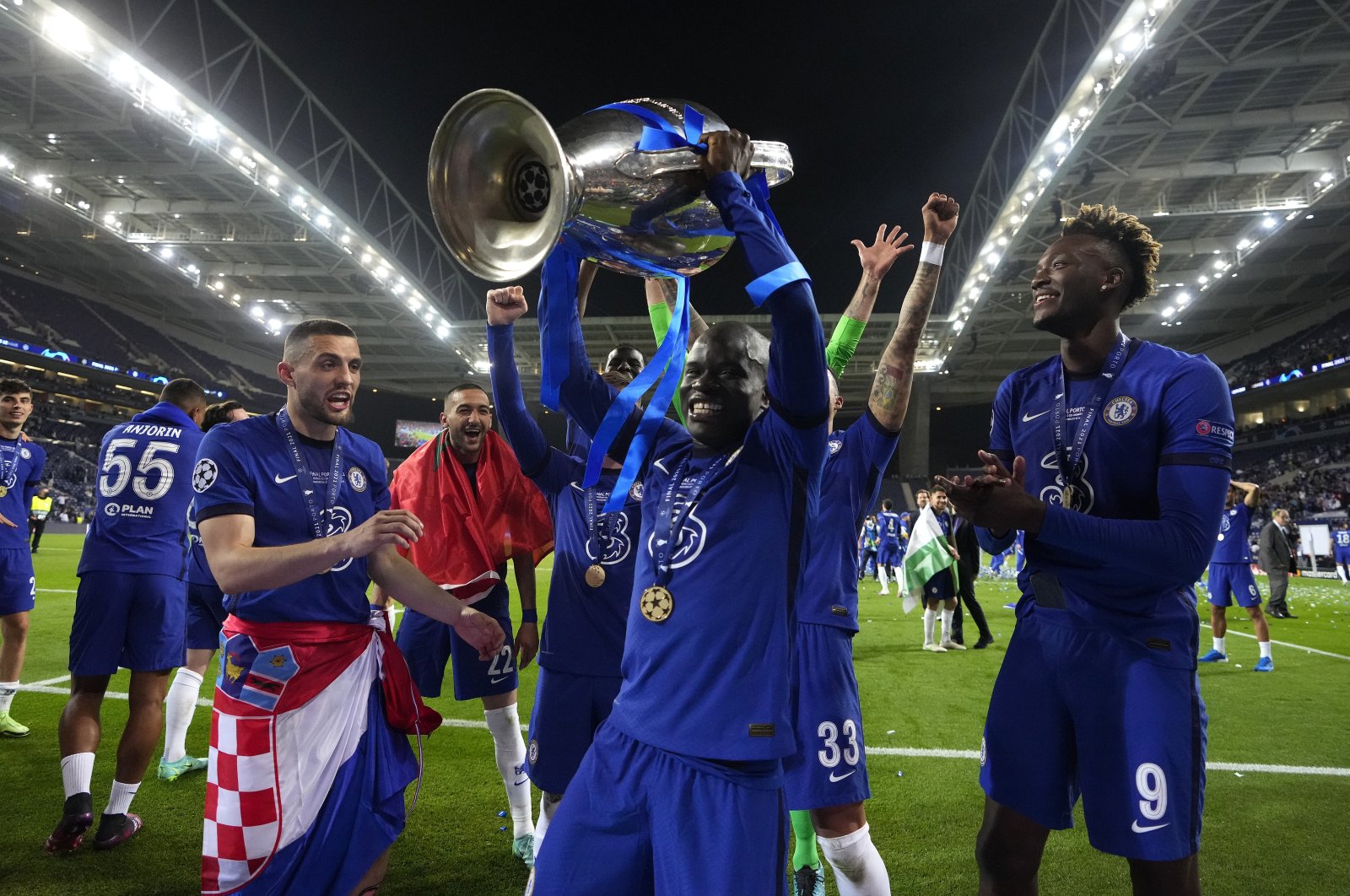 N'Golo Kante of Chelsea celebrates with the Champions League trophy following their team's victory in the UEFA Champions League Final between Manchester City and Chelsea FC at Estadio do Dragao, in Porto, Portugal, May 29, 2021. (Photo by Getty Images)
by Nasim Chowdhury Jun 08, 2021 12:05 am
RECOMMENDED

For a West Londoner, seeing Chelsea F.C. win the European Champions League was a huge deal, especially after the difficulties we have all faced with COVID-19 such as game suspensions, empty stadiums and other disruptions that have taken their toll on people’s morale.

Moreover, with the European Super League fiasco last month many of us thought that we would never see this great competition ever again, so there was no surprise when West London exploded in a sea of blue on May 29 night.

It is with relief and respect in equal measure, therefore, that we congratulate Thomas Tuchel and his team on a historic win.

But in all the frenzy that follows with the focus on goal scorers and managers, there is a something vital that should not be missed, and that is what underpins these great successes – or the very people without whom it would be impossible.

I am, of course, talking about the monumental contribution that a certain N’Golo Kante has made and not just on the night but ever since he joining the club.

Kante’s home country of France has produced arguably the greatest midfield talent the footballing world has ever seen; those who remember Jean Tigana and Claude Makelele, who played a similar game and also, incidentally, had immigrant backgrounds, would appreciate just how instrumental they were in winning games.

But Kante is a level above them. It is not just that he is probably the most gifted player of his generation, but it is the way he does it: making it seem so effortless and very often with the huge trademark smile on his face.

He has been called the "silent killer," but he is so much more.

Kante reads and controls the game from its heart and can regulate its mood, tempo and aggression as he wills, which he did to perfection in this game.

Anyone who watched the match can testify that this one-man midfield with his perfect positioning and timing was the difference between the two teams – and against a Manchester City team that had packed its own midfield with super-talented stars for the occasion.

Yet, they were no match for him. He not only neutralized their own attacks but also made sure that the game was played at a tempo that ensured the win for Chelsea.

A holder of trophies

And it was not only this game in which he excelled. Aside from the UEFA European Football Championship, which he is well on course to win this summer, he has – in the six years since he arrived in England – won every single domestic and international trophy there is, including the World Cup.

When he retires, he will probably be the most successful footballer ever in terms of the varieties of trophies he has won.

What is astounding though is that while it is widely recognized that a trademark classic performance by Kante is defined by what he does off the ball rather than with it and that his contribution to the team lies in making every individual in it perform to his maximum, this is something that he has never been given credit for; despite a legendary season, Kante’s name has not been mentioned for any player of the year award, or the Ballon d’Or – which is usually won by players based on their individual performances rather than by the contribution they have made to their team’s success.

However, there is another perhaps even more remarkable side to Kante that eclipses any worldly gain that he could make, and that is his impeccable character. He is such a model professional and a gentleman that it is impossible for anyone to dislike him.

The manner in which he always puts the team first, picks himself up and gets on with the game is something that has made him win the hearts of millions.

There was one point near the end of the match where Chelsea was leading and he was knocked over when he could easily have spent a few minutes on the ground to run down the clock and ensure the victory, but he was having none of it.

He got straight back up and continued shouldering his task of making sure the midfield was watertight.

Chelsea fans have a saying, which is that "70% of the earth is covered by water, the rest by Kante," and it is the integrity and honesty with which he marshals this which makes him stand out, both as a professional and as a human being.

Kante has no media or image consultant. He does all his talking on the pitch. He does not get the accolades that others do, but surely it is performances like the one we have just witnessed that will ensure that he will never be forgotten.

Kante is a devout Muslim who avoids alcohol, girlfriends and nightclubs. He is famous for driving a Mini Cooper and has a very humble lifestyle while giving very generously to charitable causes, and yet he has achieved this level of affection playing in a game that very often represents the worst of human excesses.

For me, as outlandish as it may seem, the only explanation I can think of for this remarkable state of affairs lies in a famous saying of the Prophet Muhammad (peace be upon him) where he stated that if Allah loves a person, he calls the angel Gabriel and says, "Allah loves so and so, O Gabriel love him." Gabriel then loves him and makes an announcement in the heavens: "Allah loves so-and-so therefore you should love him also." So all the dwellers of the heavens would love him and then he is granted the pleasure of the people on the earth.

This may seem like a paranormal explanation, but I believe that it is befitting for someone whose unmatched professionalism is based on a solid foundation of sincerity, dedication and personal integrity.

At 30, Kante still has his best footballing years ahead of him, but it is his character and good conduct that will echo in eternity.