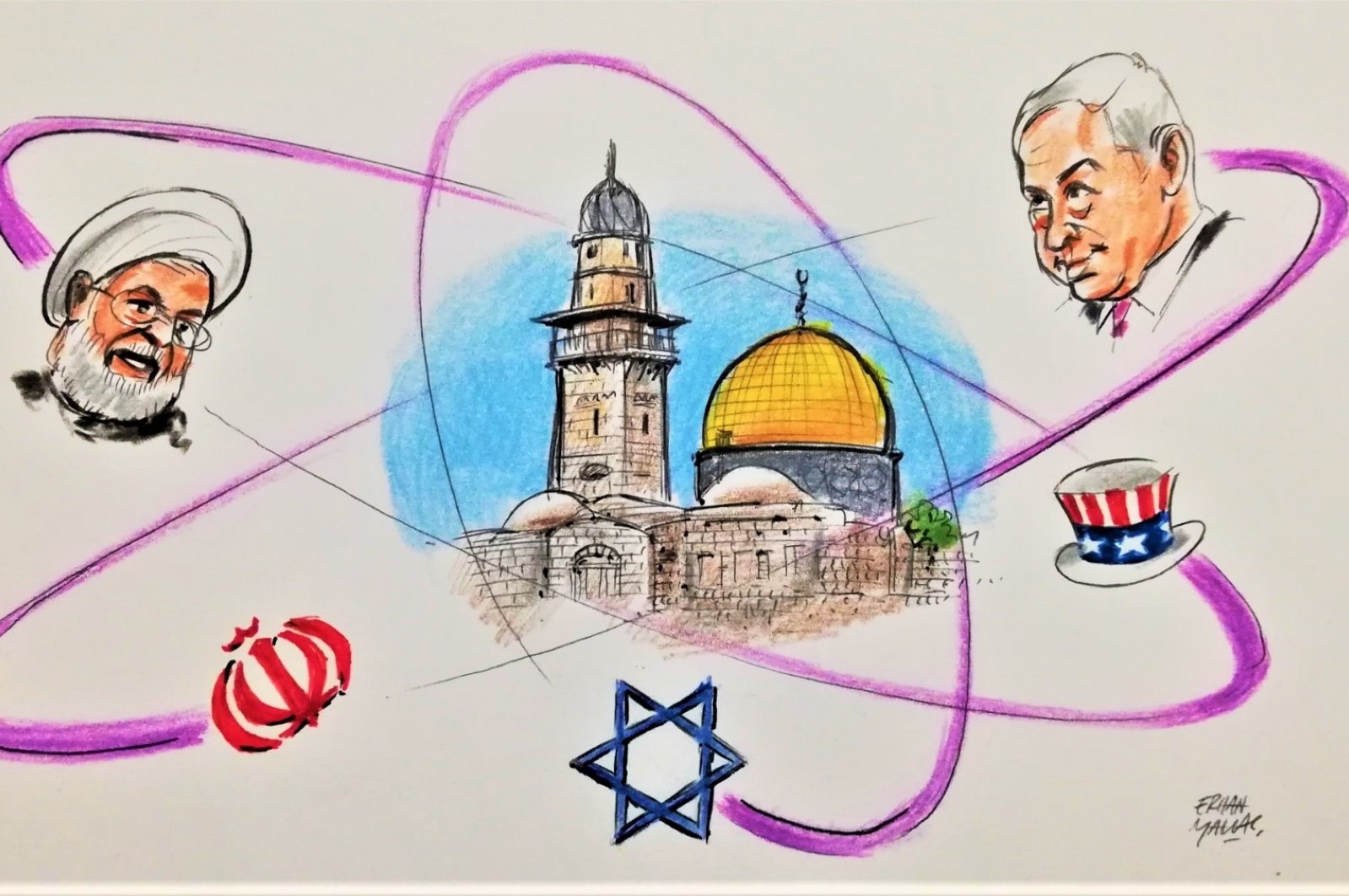 Which country currently hates Iran the most? Israel is definitely in the top three. At present, which country is most hoping to attack Iran by force? There is no doubt that it is Israel.

In early March 2021, Benny Gantz, the Israeli defense minister, said in an interview that the Israeli army is updating its plan to strike Iran’s nuclear facilities and is preparing to take independent actions to prevent Iran’s nuclear development.

Hostility to Iran is a social consensus in Israel at the moment. When I was in Israel, I clearly felt the country’s extreme distrust of the Islamic Republic of Iran. Israelis generally believe that the ultimate goal of Iran’s nuclear development is to obtain nuclear weapons.

A few years ago, I attended an academic conference in Israel. The Israeli scholars and former military leaders who participated in the conference expressed major concern over Iran’s nuclear development and were also worried that Iran’s actions would cause a nuclear arms race in the Middle East. I asked Israeli participants if Israel destroyed its nuclear facilities, would Iran stop seeking nuclear development and would the nuclear race in the Middle East stop?

I have made more detailed observations in both Israel and Iran. Objectively speaking, Israel has seriously exaggerated the "Iranian threat." Although Iranian officials often make anti-Israel remarks, in fact, there is currently no anti-Israel social consensus in Iran.

Israeli Prime Minister Benjamin Netanyahu repeatedly mentioned the story that the ancient Persian king wanted to kill all Jews. But this story is clearly written in the Bible. It was the Arab enemy of the Jews who slandered the Jews in front of the Persian king. After discovering the truth, the Persian king not only did not kill the Jews but also executed the official who framed the Jews.

Speaking of history, the Jews should bear in mind that Cyrus the Great liberated the "Captives in Babylon," which is also recorded in the Bible. Also, during World War II, the Iranian consulate in France protected Jews facing Nazi persecution. In a long period of more than 2,000 years, there were no major conflict between the Persian and Jewish peoples.

In that case, why does Israel hate Iran so much? Because Iran has never recognized the legitimacy of the state of Israel. It can be said that the hostility of Iran to Israel has caused Israel's hatred of Iran.

The leading thought of the Islamic Revolution in Iran comes from Islam. Since it was an "Islamic" revolution, the Iranian revolutionaries needed to respond to the major concerns of the Islamic world in the Middle East at that time. In this way, Palestine became the focus of Iran's Islamic revolutionary leaders. The new Iranian regime, like many Arab countries, refused to recognize Israel as an independent and legal country.

Obviously, Iran hates Israel because of Palestine. But Palestine today is different from Palestine 40 years ago. While Palestine has recognized Israel as a legitimate country and many Arab countries have normalized relations with Israel, Iran is still denying Israel’s legitimacy because of Palestine. Is this really appropriate? Iran should seriously consider the following policy toward Israel.

If Iran continues to implement its hostile policy toward Israel, then Israel’s hatred of Iran will not end, Israel will use the “Iranian threat” to cooperate more with Arab countries, and Israel will continue to push the United States to suppress Iran.

If Iran changes its attitude toward Israel, Israel will not only be friendly to Iran but will also prevent Israel from uniting Arab countries against Iran. Deep in the hearts of the Jews, Israel’s first ideal partner in the Middle East is not the Arab world.

In short, Iran’s easing of its attitude toward Israel is beneficial to Iran’s national interests. Moreover, the improvement of Iran's relations with Israel will also be more conducive to the future development of Palestine.

So far, Iran and Israel have fought against each other for more than 40 years. Mutual hostility is bringing more and more negative effects to these two countries.

At present, Israel has indeed seriously exaggerated the "Iran threat." Iran's hostility to Israel also does not benefit itself. Both countries need to rethink their bilateral relations based on their own national interests.