Is COVID-19 the only remedy for Istanbul's air quality? 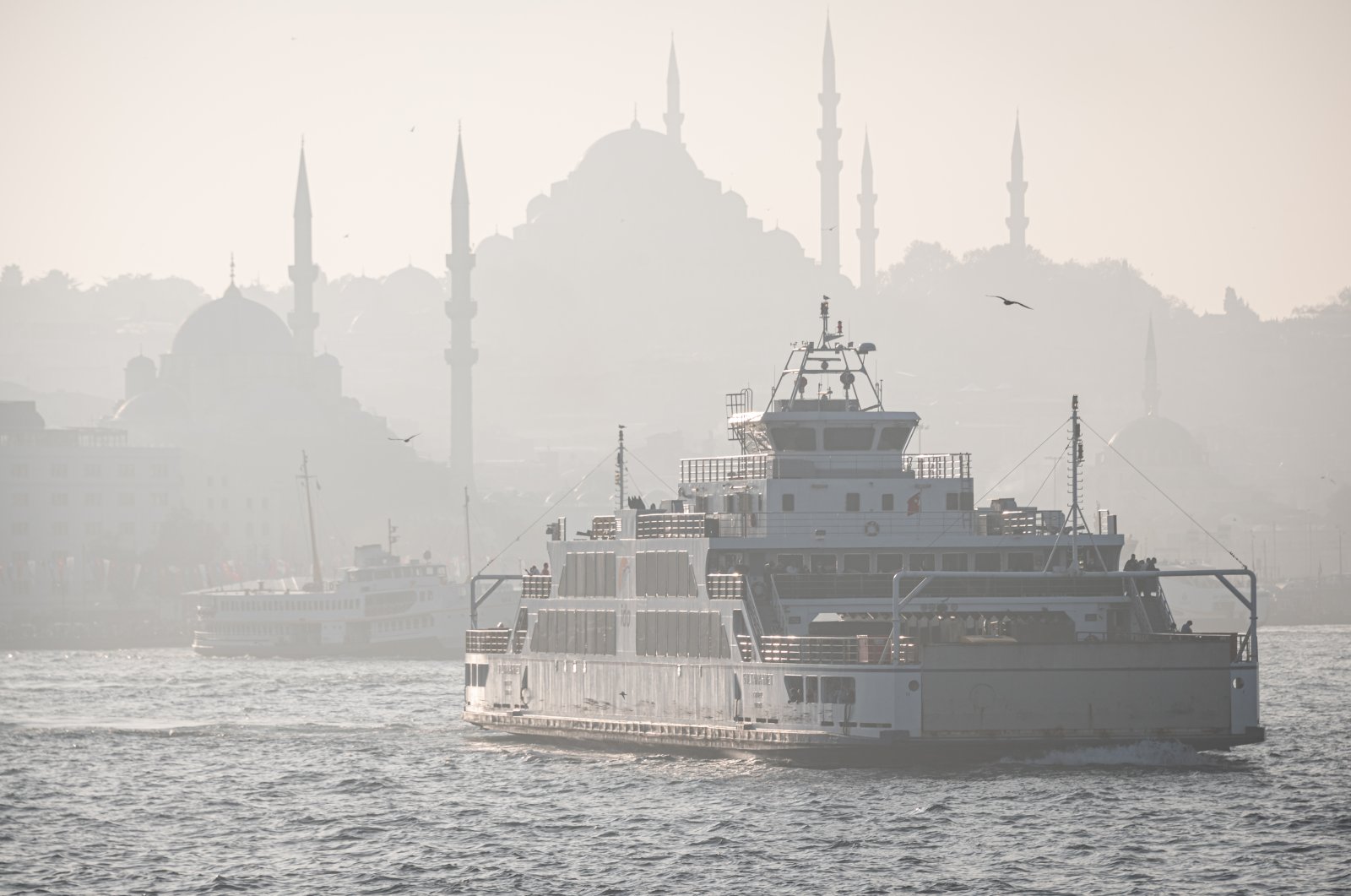 A high concentration of air pollution lowered visibility, making dramatic sights of the historic mosques in the Fatih district as ferries follow their normal routes along the Golden Horn, Istanbul, Turkey, Oct. 24, 2021. (Photo by Getty Images)
by Chloe Billingsley Jun 11, 2021 12:05 am

The coronavirus's only positive impact has been the increase in the air quality in many cities, including Istanbul; however, this effect did not last long. Smart actions are required for sustainable change

It goes without saying that the coronavirus pandemic has had lasting impacts on our day-to-day lives. But one unexpected outcome of the pandemic has been an improvement in air quality throughout Turkey. Since the start of the pandemic, the Ministry of Environment and Urban Development reported an 8% decrease in Turkey’s air pollution.

Unfortunately, this breath of fresh air was short-lived; as COVID-19 restrictions became more lenient, more people went out and about, leading to a rise in cars on the road. Ultimately, this resulted in an increase in greenhouse gas (GHG) and particulate matter (PM) emissions.

By July of 2020, air pollution had increased in Istanbul by 30% and even worse, further out west in the northwestern city of Tekirdağ, there was a 90% increase. Needless to say, there is a need for proper air quality provisions in order to prevent air pollution from bouncing back to rates higher than they were previously.

Air pollutants are not a new concern, but one that Istanbul has tried to tackle before. In 2005, the Istanbul Metropolitan Municipality (IBB) introduced the first pedestrianization initiative which centralized residents and focused specifically on decreasing the number of vehicles on the road.

According to the 2015 EMBARQ Turkey report, concentrations of nitrous oxides (NO2) and sulfur oxides (SO2) in the air had declined by 42% and 80%, respectively, throughout Istanbul.

However, the Netherlands Enterprise Agency reported in 2018 that only PM10, SO2 and NO2 concentrations were being measured. This list notably excludes PM2.5, a significant particulate matter that is emitted from fossil fuels being burned by industries and vehicles.

According to the Environmental Protection Agency (EPA) in the United States, “PM2.5 poses the greatest health risk. These fine particles can get deep into lungs and some may even get into the bloodstream” and “exposure to these particles can affect a person's lungs and heart.” A study put together by medical associations like the Turkish Medical Association, Turkish Respiratory Society and many more, found that air pollution also caused “increased respiratory mortality.”

Not only does air pollution result in higher mortality rates, but it is also threatening Istanbul’s rich culture, steeped in Ottoman Empire history. An article recently published by Daily Sabah highlighted incrustation, discoloration and weakened infrastructure on historic buildings as direct results of air pollution.

This damage is notably visible on Ottoman-era architecture such as the Golden Horn and the historic Nusretiye Mosque and, if left unmitigated, these effects will speed up the collapse of these treasured pieces of Turkish history.

Houston: A way out or not?

Is a global pandemic the only way to protect the public from air pollution and preserve Istanbul’s culture, or is there another solution?

Luckily, Istanbul’s sister city in the United States has ideas for combating air pollution that don’t involve such drastic measures. A study conducted by the Houston Endowment found that Houston residents could be motivated to improve air quality by having access to reliable and easily digestible information on air pollution, the impacts and the role they play in resolving it.

In 2016 the Houston Endowment, Environmental Defense Fund, Air Alliance Houston and many other local organizations throughout Houston partnered to develop a $1.6 million (TL 13.66 million) grant for a comprehensive media campaign that educated the public about air pollution and created an outlet for the reliable information the public desired.

In addition to that effort, the Houston Endowment collaborated with Harris County and Environmental Defense Fund (EDF) to establish a $1.1 million investment to improve monitoring equipment and monitoring capability.

The senior director for climate and health at EDF, Dr. Elena Craft, said that the goal of this partnership is to “reduce disaster risk and everyday air pollution by identifying and closely monitoring facilities that pose the greatest threats to public health and safety.” This collaboration also increased the frequency of measurements and data collection, which improved accuracy as well.

In order to avoid risking the health of Istanbul residents and significant cultural history, it is necessary for the IBB to adopt Houston’s strategies. Istanbul’s monitoring stations require investment to guarantee that all particulate matter is measured.

Additionally, Istanbulites deserve to be properly informed on health risks they may encounter and how they can take action. Through strategic partnerships with organizations fighting for clean air like the Turkish Medical Association and Turkish Respiratory Society, these solutions can become realities for Istanbul’s communities too.

Although these are my recommended solutions and they are great ways to start, these aren’t the only ways we can protect ourselves from the impacts of air pollution. The pandemic is not over yet, which means we may see another decrease in pollution levels. Optimistically, I hope this is the case, this would allow for Istanbul Metropolitan Municipality to strategize their next plan of action.