Pollution emerges as a threat for Istanbul's historic buildings 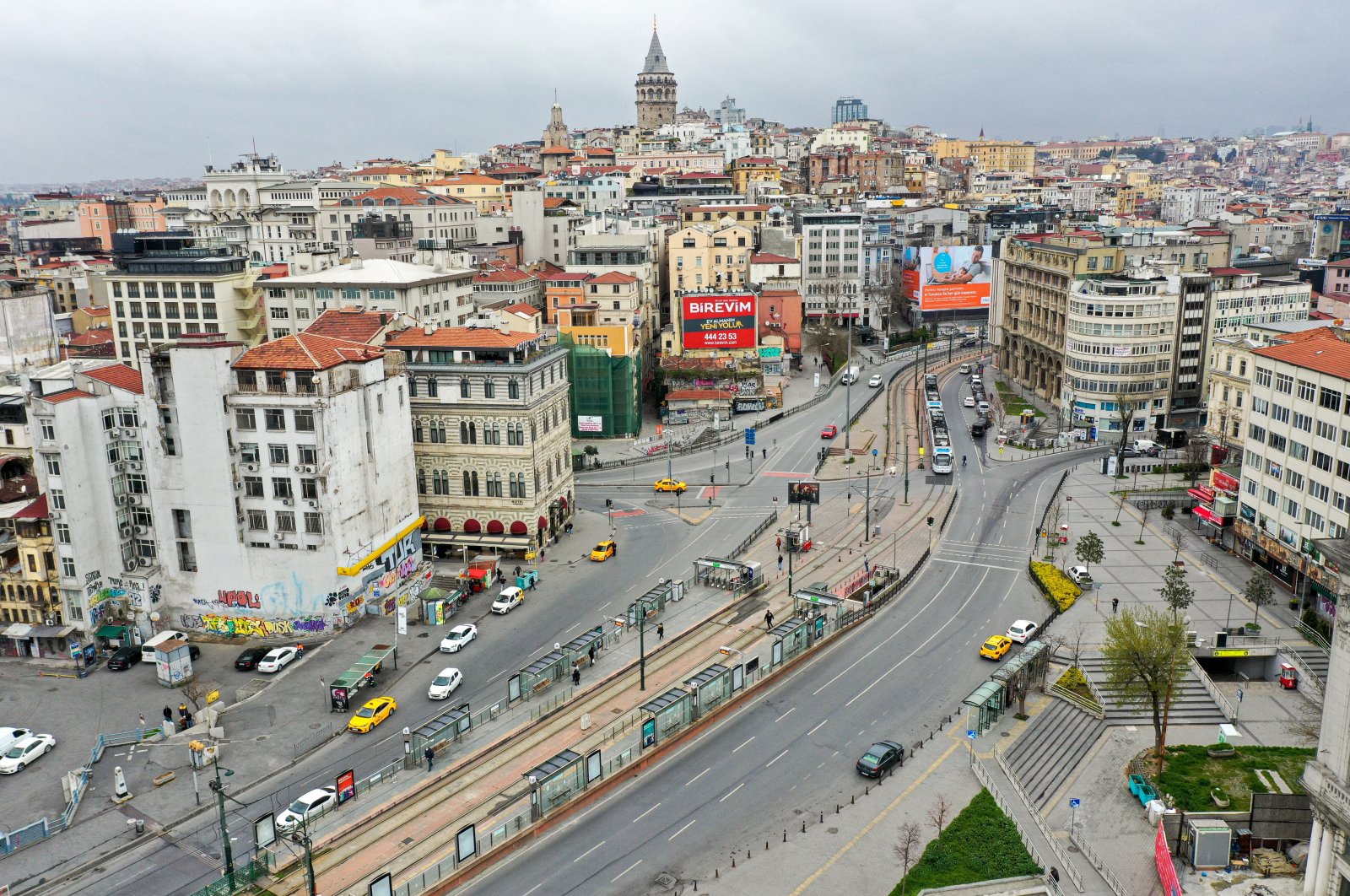 Turkey ranks 46th among 100 countries in the air pollution index, according to Switzerland-based IQAir. The pollution subsided during the coronavirus pandemic but later made a comeback and remains a challenge for the country.

Other than its impact on public health, one little-known effect it has is on historic buildings. Experts say the pollution, stemming from the increasing population that contributes to a rise in the number of motor vehicles and location of industrial sites near residential areas, threatens centuries-old sites.

In Istanbul, home to countless buildings and ruins dating back to Ottoman and Byzantine times, the impact is more severe. The most populated city of the country, with more than 15 million people and fallout from pollution, need measures to preserve those buildings, according to experts.

The impact of pollution is more visible in places near the Golden Horn, a fabled inlet that is home to Ottoman-era and older buildings. Karaköy, dotted with examples of more recent architecture corresponding to the late Ottoman era, also suffers from the effects of pollution, from incrustation to efflorescence and weakened surfaces. Without measures, these effects speed up the collapse of the buildings.

“When combined with rainwater, those emissions can inflict damages on the buildings. They modify the structure of stone used in construction and cause everything from incrustation and efflorescence to discoloration. The surfaces also change colors, to red and green due to pollutants. Curbing the traffic near those buildings may be a solution to this issue," she said.

“Nature creates a patina over time so that the stone can protect itself. But the damage to this patina is sped up by pollution. Cleaning non-water-resistant surfaces with water for pollution further damages the buildings. Instead, dry ice or other methods should be used,” she warned.

Sedes pointed to the madrassas, fountains and Turkish baths among buildings that are at risk, along with historic “hans” in Karaköy, where Ottoman-era companies had their headquarters.

“We have seen the pollution’s impact on Nusretiye Mosque. Its exterior darkened because of pollution and it was only after the restoration it was saved,” she recalled, referring to a 19th-century mosque in Beyoğlu district.

Architect Sinan Genim said the amount of acid in the air increased since Industrial Revolution and depleted sulphuric acid has been “raining” on buildings with precipitation. “No matter what material most enduring used in the construction, the pollution weakens this resistance,” he said.

Genim added that buildings dating back to the 16th and 17th centuries were more resistant to pollution’s impact due to materials used in their construction. “Gritstone was heavily used in those buildings. This is a type of stone more enduring to outside impact and has a high rate of absorption. Stones used in the following centuries are unable to resist acid rain as they are softer, and winter frost causes further cracks on them.”

He said the use of oil-based paint in surface coating, a common practice nowadays, aggravates the situation. “Such coating blocks natural construction materials, which themselves can resist the impact of pollution,” he warned.