Is it time to rebuild America? 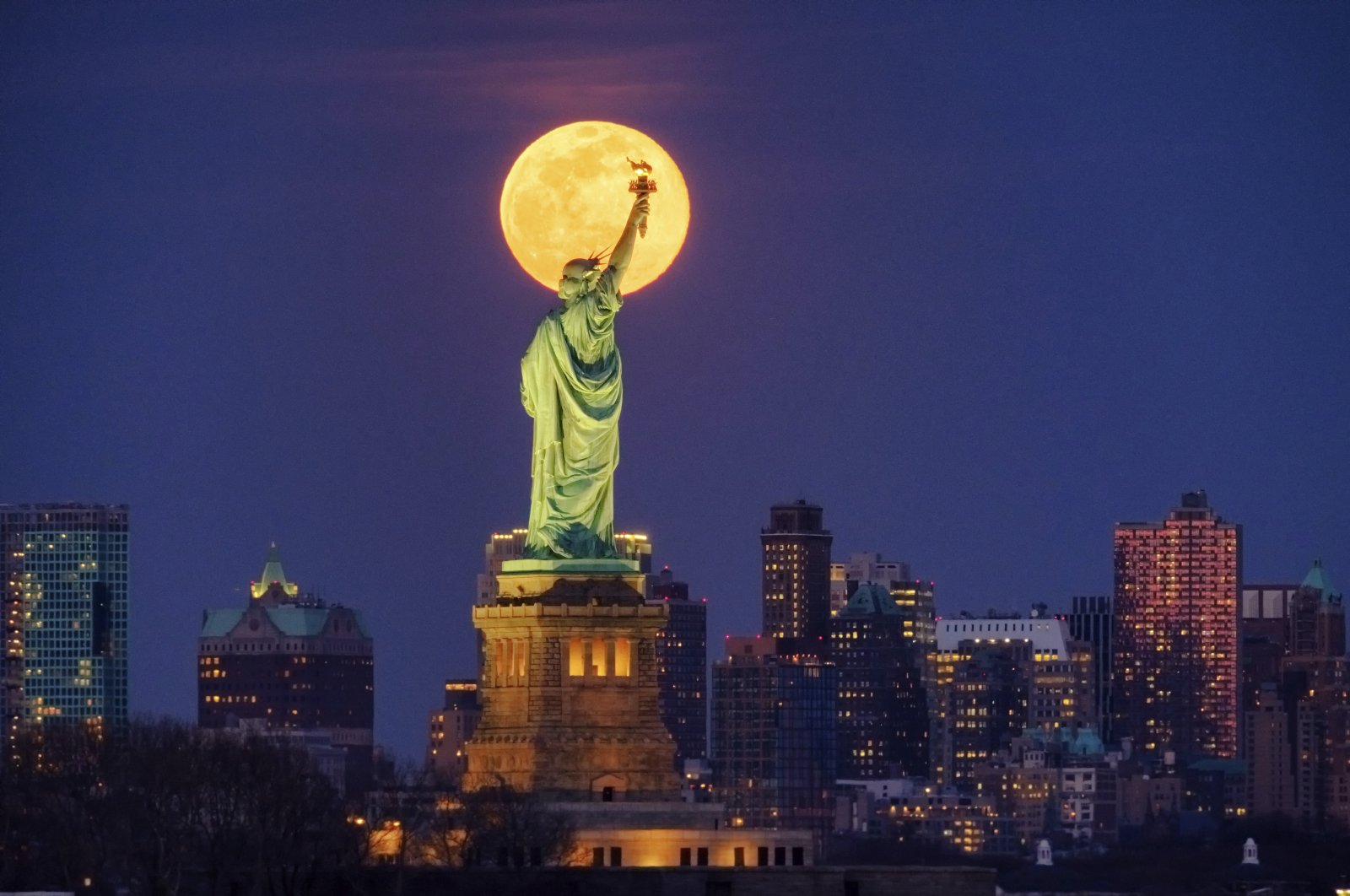 The rock band Transcendence’s song “Rebuild America” is dedicated to the rebuilding of the collapsed World Trade Center in New York City; however, I am using the phrase “rebuild” in a broader context, beyond the country's infrastructure.

America is not all about the Twin Towers; it is more than that. Think of the famous symbols of America, such as third U.S. President Thomas Jefferson, the “Bill of Rights” constitutional amendments and the Statue of Liberty. But how about the problematic symbols of America?

So why should America be rebuilt? And in what context?

America is a powerful brand that still rules the world of entertainment. So what else? Technology, automobiles, music and education. In many ways, Simon Anholt and Jeremy Hildreth’s book “Brand America: The Mother of All Brands” explains how the country has shaped the world.

Buildings are easier to reerect, but it is the image of the American brand that takes decades to be refreshed. Of course, after all its acts of aggression, intervention, forced dictatorship, human rights abuses and more, Washington has lost its good reputation.

American journalist Herbert Bob’s manuscript “Losing our way: An intimate portrait of a troubled America” explains what Americans must do to regain lost privilege.

Back in 2016, almost every major newspaper, think tank, politician and critic pushed the idea of “rebuilding” America.

Since then, many have been dreaming of New York and Hollywood. Yet, many are suggesting that America needs to be rebuilt – but why? Is it crumbling or dilapidated? Is it repairable?

The COVID-19 pandemic and the death of George Floyd at the hands of police have shaken the foundation of the American brand that was already facing troubling times.

For the next president of the U.S., the greatest challenge ahead is to rebuild the American image abroad.

President Donald Trump’s electoral pledge was to “Make America Great Again.” Does that mean it was not great before? That's up for debate; however, once again, “Keep America Great” is the election campaign promise this time around as well. But in the opposing camp, the Democrats’ presidential candidate Joe Biden’s vice-president nominee, Sen. Kamala Harris pushes the same proposition that “America is great.” So who is to be trusted?

American author Kerby Anderson drilled down into the debate ocean that preserves both sides’ views, as some consider America "great” while others are in denial mode grounded on the country’s long list of “sins.” Initially, Anderson asked: “Is America great?”, “Was America great?” or “Was America never great?” But then he gathered evidence, for example, a Fortune Magazine report that ranked America the fourth-best country to live in.

That depends on the person asked and in which context, a study by California-based research and resource company Barna revealed, saying that most Americans believe in the “opportunity to live the American dream.” For Jarrett Stepman, on the website of The Daily Signal, alongside the “American dream,” “the Constitution and the rule of law” and the “culture of self-government” also require review, as well as the systematization of philosophes of autonomy and beliefs like “God-given rights of life, liberty, and the pursuit of happiness."

A number of films, manuscripts, literature, podcasts, TV anchors, celebrities and politicians persistently remind the American public: You are citizens of the greatest country that God has ever created on this planet. Just listen to American radio host Dennis Prager's “Still the best hope: Why the world needs American values to triumph” and read American author Naomi Wolf's “The End of America: Letter of Warning to a Young Patrio." The two contrasting and compelling descriptions of America force us to confront the conundrum.

Still, many like journalist Tom Rogan insist “America is great." They may have reasons to say it loudly but for the liberal press like The Washington Post and leading critics this idea sounds overwhelmingly patriotic and it needs to be questioned. Nayeema Raza and Taige Jensen probed it, so I recommend watching their analysis on The New York Times' website and decide for yourself, is “America great?" Also, read Al-Jazeera’s analysis “Will America be great again?”

To be great again, America needs to be considerate, kind and compensate for all those who have suffered because of its unnecessary wars. America cannot bring back millions of innocent lives, but an apology for wrongdoings and a promise to avoid spreading its own version of democracy, intervening and damaging other nations.

Is America failing? To find an answer I turned to mainstream media. Just glance at The Washington Post headlines and you will see “The whole world is watching America’s failure” and “The U.S. is falling behind its peers. Americans – if not their leaders – are starting to notice.” The Foreign Policy magazine asks “Is America a failing state?” while The Atlantic points out “Why America’s Institutions are failing?”

Our preparatory point is to figure out why the term “failing state” is tagged with great America if it is really the greatest place on the planet? Anyone that reads and writes knows that the U.S. is not going anywhere, nor it is classified as a “failed state” like Syria, Yemen, Libya and many other places. Yet, it cannot be branded as a model. It has been on the decline for the last few decades and that may not be stopped until it reaches a point where it needs to be built again.

A list of American academics, historians and critics including Noam Chomsky, George Rennie, Wade Davis Timothy Snyder and Cornel West are sounding the alarm, saying that America is on the brink of downfall. A careful reading of political experts' analysis of great repute and credibility can figure out that Washington is failing democracy while increasing social inequality, “ethnic and class conflict,” “signs of growing economic inequality” and becoming sort of an authoritative system. New York Times columnist Paul Krugman said America is “perilously close” to being a failed state.

Corresponding to Krugman's view, George Rennie asked the same question in his article "Is America a 'failing state'? How a superpower has been brought to the brink." Rennie concludes: “The domestic deterioration of the world’s biggest nuclear and military superpower would prove unprecedented and frightening beyond national analysis-rhetoric suggesting this is merely the new 'Fall of Rome' is almost glib." Further, Rennie raised the important question of “whether the world’s oldest continuous democracy can live up to its own ideals.”

Both COVID-19 and George Floyd's death in police custody have suddenly changed the political and social landscape of American society. Heavily armed protestors in the state of Michigan, clashes between Trump supporters and Black Lives Matter protestors are a few deteriorating signs of a proud civilized society. Is it because of the failure of capitalism? Weak institutions or falling democracy? Possibly a blend of all of them.

For decades, Hollywood has presented others as “bad guys” while it portrays Americans as heroes, the most civilized and the “good guys” on the battlefield and in other conflict-ridden spheres. Watch “Reel Bad Arabs: How Hollywood Vilifies a People” and read The Atlantic report that reveals “How the CIA Hoodwinked Hollywood” because the agency aims to “present a rosy portrait of its operations to the American public.”

Well, America has come to the point of no return, and it is time to rebuild its image more than its infrastructure. It is not on a highway to progress. So it is time to ask: How can America be rebuilt? Will it be able to lead the world in countering inequality while supporting human rights, freedoms, liberty and the admired principles of its founding fathers?

History will never forget how the U.S. failed humanity. Imagine what would have happened if Americans had not waged wars and armed scores of dictators, militants, separatists and violent groups around the world? How would our world be if Washington had otherwise spent all those trillions of dollars that it burned in wars? At least at home, it would not have faced a mega failure to cope with the COVID-19 pandemic.

In all wars, America used “freedom,” “democracy,” and “liberty” as a pretext of its invasions for coverups. This equates with George Orwell’s famous phrase “doublespeak.” Likewise, American prolific writer William Blum captures chroniclers of American foreign policy, the toppling of democratically elected governments and the nonstop war machine.

America is not a failed state but in fact, it has badly failed its founding fathers' principles and virtues. Put “America has failed” on YouTube and see what it has failed. In fact, what it did not fail would be best to probe.

The list also includes the systematic racial profiling of black Americans in the 20th century, the building of a wall to stop Mexicans from illegally crossing the border, the Muslim ban, praising white supremacy, the voting system and crimes.

It is all documented and reported in the national press. Al-Jazeera maintains “America isn’t just a failing state, it is a failed experiment” and according to The Atlantic: “We are living in a failed state: The coronavirus didn’t break America. It revealed what was already broken.”

It’s about time for the U.S. to reconstruct its image and rebuild its reputation abroad if it still dreaming of being great in decades to come. It is possible. Washington should also offer a sincere apology to those it hurt and make their life easier. Think about it. Everything is possible if we have a resolution.