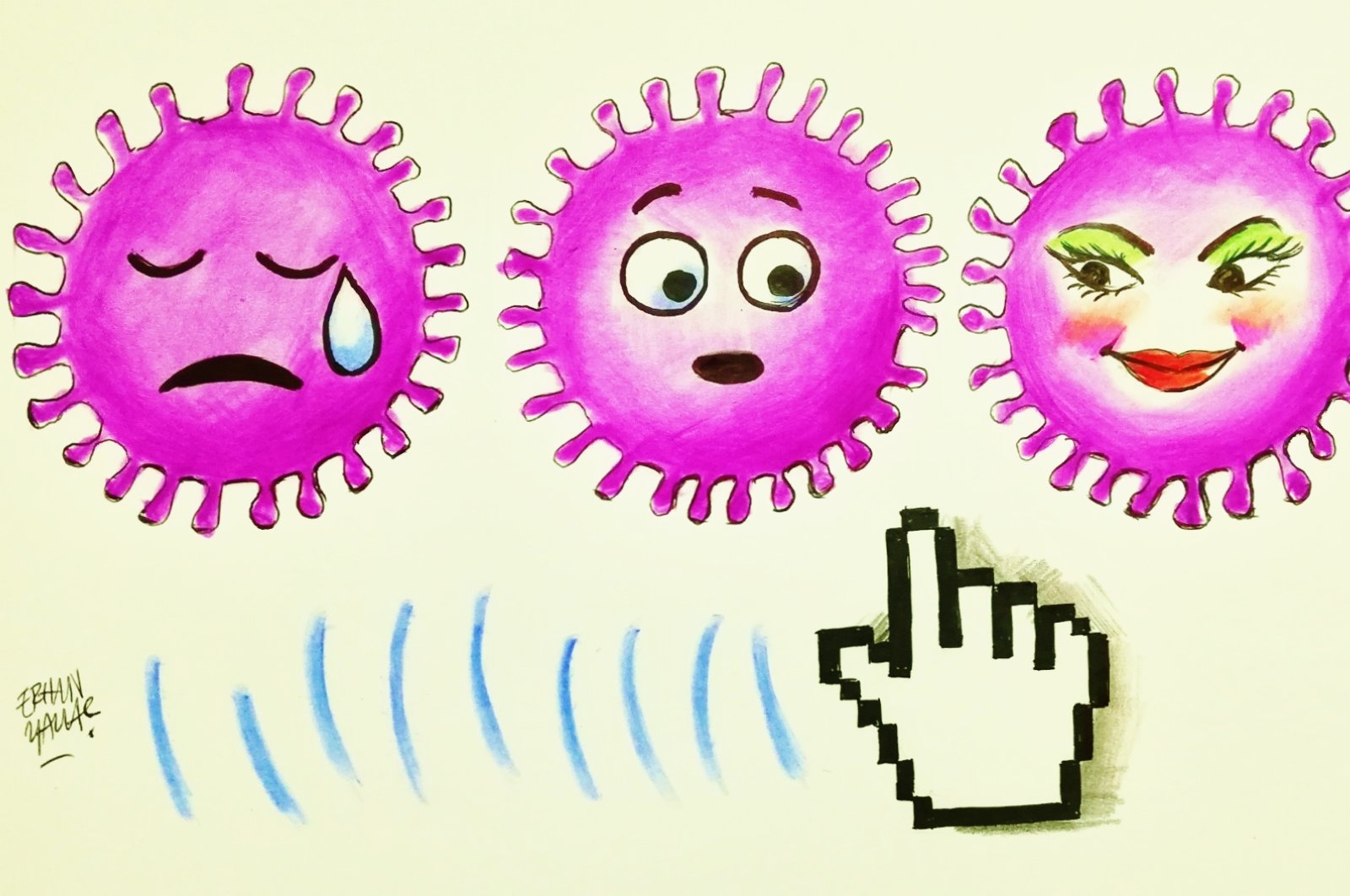 Since I have been in self-isolation, not a single morning has passed in the past two weeks that I have not received a rumor, fabrication and even unthinkable self-created assumptions or conspiracy theories related to the coronavirus pandemic.

Every day I am bombarded with WhatsApp messages spewing lies, such as it’s a biological war, or people in power want to control the population, dominate their properties and kill the elderly and vulnerable. I receive not only these messages, but all sorts of scary and groundless assumptions.

One example floating around social media sites claims that Bill Gates had predicted in 2015 that the world would be hit by a coronavirus. It is obviously a false claim, and a USA Today inquiry rejected it.

As I am writing this piece, the coronavirus is the single most Googled phrase at this moment. One social media user, Chelsey Needham, wrote, “People are frozen in fear and uncertainty” and that is understandable living under the threat of a killer virus.

Thousands of social media users do not even bother to fact check before passing on the incurable poisonous virus of misinformation to another person.

Why are people behaving in such an irresponsible manner? Will our governments take action against such irreversible blunders?

Despite such irresponsible behavior by many users, it would be unfair to blame social media solely for the spread of fearmongering with baseless and venomous information about COVID-19.

What do we need at this moment in time? First is to not fan the fire of hopelessness, as optimism is badly needed to strengthen people’s confidence to face and beat the virus.

Can social media users take some responsibility? How can we halt propaganda spread on social media? Shall we ignore it, or report it to concerned authorities?

Anyway, those spreading misleading information about COVID-19 must rethink: Are you really helping people living in depression? Think about it.

A while ago, a widespread self-manufactured theory went viral on Facebook, Twitter, YouTube and WhatsApp that Charles Lieber, a Harvard professor, is behind the engineering and exporting of the killer virus to the Chinese. Is that not nonsense? Can any country buy a killer virus? Is that believable?

Chayan Kundu probed into Lieber’s arrest and concluded that he was arrested in January this year “for lying and making fraudulent statements” to the American authorities about a financial connection with Chinese officials. Well, I am not a fan of conspiracy theories, but there is not a single thought that is penetrating our mobile phones, computers, iPads and tablets.

In Britain, where dozens of doctors and nurses have sacrificed their lives so other people can live, a WhatsApp message is circulating that says: “Don’t go to the hospitals. They are injecting poison into the vulnerable elderly.” Is it true? What can be worse than such a sick thought?

Some people are saying that riots are around the corner because there will be a food shortage. Most food shortages were nothing but a manmade political event. Do you remember the famines in Bengal and Ireland?

So, why are people so certain about infiltrating conspiracy theories of COVID-19? Well, there are some obvious reasons behind the phony influx of theories about the virus.

One of the reasons that made social media users trigger suspicions about COVID-19 is the American sitcom show, "The Simpsons." The Daily Mirror reported that the program's fans are pointing out resemblances between a 1993 episode of the show titled "Marge in Chains" and the current outbreak. Several British newspapers have published "The Simpsons" story.

The next most circulated reference to the current COVID-19 outbreak on Facebook and WhatsApp is Dean Koontz’s novel, “The Eyes of Darkness,” in which there is a mentioning of the virus “Wuhan-400” as “a perfect weapon.”

To be fair, several newspaper stories and university researches have been posting self-appointed experts and scholars on new media that twist the original writings, such as the article, “Fake Bill Gates Letter shared as COVID-19 misinformation” by The Independent. Thankfully new media owners and independent organizations like News Guard” are in action to stop fabricated and fake news.

British newspaper The Guardian has learned that the video hub YouTube will limit the conspiracy theories that establish a link between “5G technology and coronavirus.”

Twitter, on the other hand, has a hashtag #conspiracytheories that is carrying images, short video clips and adages of the coronavirus. It seems that Twitter has become a hub for disseminating such collusions.

YouTube is yet another place besides Twitter and Facebook that turned out to be a hub for coronavirus conspiracy theories. One theory asks: "Is it a Chinese bio-warfare weapon?" Well, before you make up of your mind listen to experts on the subject, Dr. Gerald Parker and professor Andrew S. Natsios.

YouTube is also serving as an information hub for good. So, it would be unfair to discredit the circulating of positivity featuring the coronavirus. How to tackle the virus, remedies, precautions and medications also appear on the same platforms.

But, a central question is whether these theories foster our determination to overcome the coronavirus. What do you think? Why do many of us pay more attention to speculation and are less considerate of the facts?

Gouri Sharma’s report carries the verdict of the world’s leading 27 scientists from eight countries who denounce the misinformation surrounding the virus and discredit the spread of conspiracy theories. These scientists are right to say that such thoughts could do nothing but only “create fear, rumors and prejudice that jeopardize our global collaboration in the fight against this virus.”

Several research institutions have explained that the family of coronaviruses, named for the “crown-like spikes” on their exterior, were identified during the 1960s.

For facts and reality

If we take the effort to research and read many of the world's trusted scientists, such as professor Atta-ur-Rahman’s findings on pandemic science, it helps to better understand myths, mysteries and political war games.

In Britain, conspiracy theorists David Icke is facing investigative trials, and people are blocking his website while YouTube is tightening its rules to stop misinformation floods. Furthermore, YouTube has banned conspiracy theories that deceptively associate coronavirus symptoms to 5G networks.

Of course, I am not suggesting that everything that appears on social media is fake, useless or falls into the category of conspiracy theory. We have to recognize that social media has transformed our lives in many good ways. Facebook has even set up a Coronavirus Information Center.

On digitaltrends.com, Shubham Agarwal enlists the efforts at the heart of Facebook, Twitter, Google and Apple and is taking steps to halt misleading information relating to the coronavirus.

Thankfully, British journalists and writers like Yvonne Ridley have told Muslims, Christians and Jewish fans to follow their religious teachings that strictly forbid spreading evil and lies and avoid cutting and pasting but rather think twice about whether the post will bring harm or good to humanity.

* British-Pakistani political analyst and human rights activist based in the U.K.