Is the world failing against coronavirus? 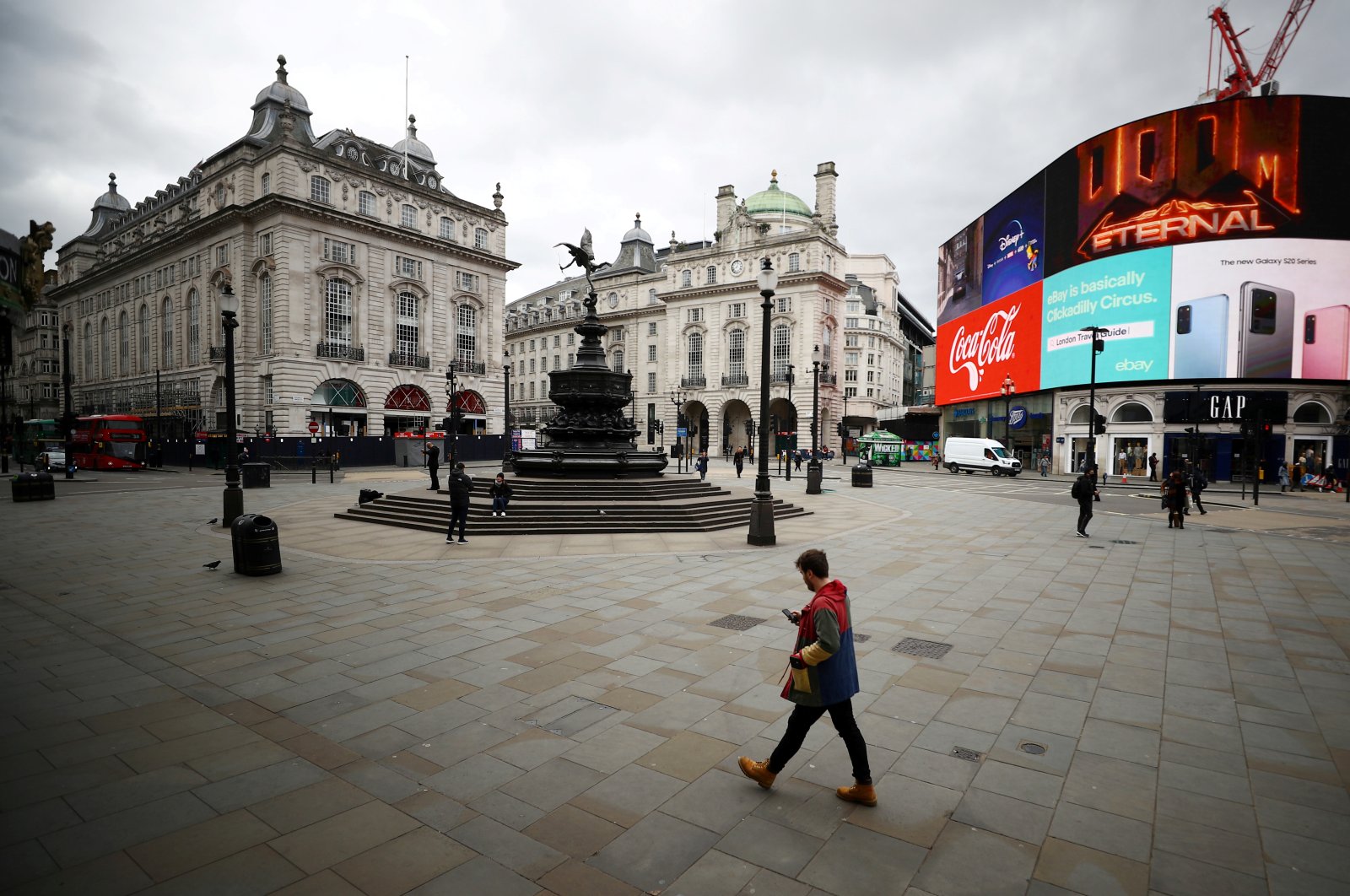 A general view in a deserted Piccadilly Circus as the spread of the coronavirus disease continues, London, Britain, March 20, 2020. (Reuters Photo)
by Irfan Raja May 08, 2020 12:05 am
RECOMMENDED

So far, the world has failed to combat the deadly COVID-19, even though scientists have been aware of the family of coronaviruses for decades. The BBC reported that “COVID-19 is a new illness but it is caused by a coronavirus of the type first identified by Dr Almeida in 1964.”

Since then, universities and research institutions have been affianced in research, yet the media has revealed it takes ages to find a vaccine cure.

Is it because modem democracies place little value on humanity? Sadly, governments have invested in smart weapons that kill humans but not killer viruses.

Otherwise, God would not have listened to the complaints of millions of those tortured, killed, raped, burnt alive, starved to death or forced to live in open-air prisons and concentration camps.

Anyway, people are dying every minute, and time is running out to find a vaccine. Repent and feel embarrassed about what we as humans have done to other fellow humans, while our governments are fighting a domination game.

Is it really the virus that is killing people, or is it is our negligence? Why have we not invested in saving lives rather than taking lives?

Another agony is the blame game. The American president calls it the “Chinese virus,” while fascist Bharatiya Janata Party (BJP) leaders accuse Indian Muslims of spreading COVID-19. It seems finding a cure is the least important agenda for world leaders.

The time, energy and efforts that some politicians are spending on accusing each other gets us nowhere. The real challenge is to find a solution.

New York Governor Andrew Cuomo sees the current coronavirus crisis as “wartime.” Fair enough. If it’s wartime, then why is the mighty power losing despite its scientific discoveries? Is it because it was investing in weapons and wars more than medical science?

Since 9/11, the United States has started a never-ending and costly “war on terror” that critics branded the “war of terror,” and sometimes the “war of error.” Neta C. Crawford’s study reveals that the American wars in the Middle East and beyond have cost taxpayers $5.9 trillion. A recent version of the report discloses that America has spent $6.4 trillion on its wars that killed over 801,000, while 21 million people have been displaced. So what about those that became permanently disabled, orphans, widowers and homeless? Who will provide them sustenance?

In comparison, the U.K. has spent $42 billion on wars in Iraq and Afghanistan, “interventions judged later to be ‘strategic failures.’” So what did Britain achieve? Did it do any service to humanity?

Thankfully, Britain has announced a 46 million pound ($56.8 million) package to combat the coronavirus crisis. But is it enough to beat the killer virus? This is too little when compared to what Britain spends on weapons research annually.

Simon Baker writes that “the UK’s gross expenditure on research and development (GERD) − which includes spending by businesses, non-profits and others − was 1.71 percent of GDP” last year. By comparison, the U.K.'s defense spending was 2.3% of GDP; although it has declined, we still see the difference.

On top of that, Britain cut research and development funds, including National Health Service (NHS) funds, that caused “30,000 deaths.” One may ask, why does Britain spend so much on defense while thousands of Brits have to live off of food banks?

George Monbiot writes: “As the coronavirus began racing across the UK, the government boasted that it had raised military spending by £2bn to £41.5bn. The U.K. is acquiring 138 new F-35 aircraft (a) supersonic, multi-role (fighter jet that) represents a quantum leap in air-dominance capability.”

“Can it bomb the coronavirus? Can its advanced stealth, integrated avionics, sensor fusion and superior logistics support defeat climate breakdown? It is of as much use in solving the world’s complex and pressing problems as a jackhammer is to a watch-mender," he said.

Monbiot is right to raise concerns about Britain’s intent to keep its hegemony because this will not make life better for ordinary Brits.

Of course, Britain is not alone. Major world powers, including India and Pakistan, spend billions on weapons trade every year. Badly infected by the COVID-19, China spends $256 billion on defense annually. According to a Stockholm International Peace Institute report, global military expenditures increased to $1.8 trillion in 2018.

Notably, the world has not shown the same spirit to eradicate hunger. A WHO report says that 817 million people are facing “multiple forms of malnutrition.” So, how will they encounter the coronavirus threat in weak health, while medics are suggesting that people should boost their immune systems to fight the virus?

Now we are told to be prepared for biological weapons that will target “individuals in a specific ethnic group based on their DNA.” It is about time to halt the fear of being protected against imaginary enemies in distant lands that never attacked British cities since the world wars like COVID-19 is killing the public.

Millions of people around the globe are turning to God to repent and pray. American media reports show people have begun to realize the U.S. government's wars have caused irreparable damage to humanity.

In an article for The Nation, Rev. Dr. William J. Barber and Jonathan Wilson-Hartgrove write: “The pandemic lays bare how American politicians have ignored the past and its injustices. It’s time for repentance, not just prayers.”

The U.S. is unwilling to remove sanctions on Iran despite the coronavirus threat while Iranian leaders continue to defame America in retaliation.

What is happening in India and Israel that share the highest-ranks on the league table as of the most religious nations on this planet? Do they really appreciate their spiritual values and teachings? This is yet another illusion like the debatable human rights phrase.

Kashmir and Gaza are the two open-air prisons that display Indian and Israeli brutalities even though their torture-centered policies don’t correspondent with either of Hindu and Jewish divine laws. In Davos in 2009, President Recep Tayyip Erdoğan reminded his Israeli counterpart Shimon Peres about Judaism and the Israeli state's brutalities.

But why have these two countries turned millions of peoples' lives into a living hell? Imprisonments of innocent children, women and elderly men, and every humiliation of the Kashmiris and Palestinians mirror the Indian and Israeli priorities.

Last year, the world remained silent as usual over the complete lockdown of Kashmir. Not only this, but India passed a citizenship law that sees Indian Muslims as “outsiders” in the country of their ancestors.

Parallel to this, Israel continued to bulldoze Palestinian homes and fields in a bid to drive them from their homeland.

In both Kashmir and Gaza, daily torture is a routine business. Nothing has changed since the two places became unofficial concentration camps.

The world has turned a blind eye toward Indian atrocities in Kashmir and its brutal treatment of ethnic minorities including Muslims and Christians mainly because economic interests outweigh the interests of humanity.

Today, we are failing to overcome the coronavirus not because it is incurable but because, in fact, we have lost our human spirit and unity. Rather, we are still engaged in a blame game. What is badly needed at this moment is to get rid of fears and get united to defeat the virus.

*British-Pakistani political analyst and human rights activist based in the U.K.