Israel's deadly raids on Syria and US support for it 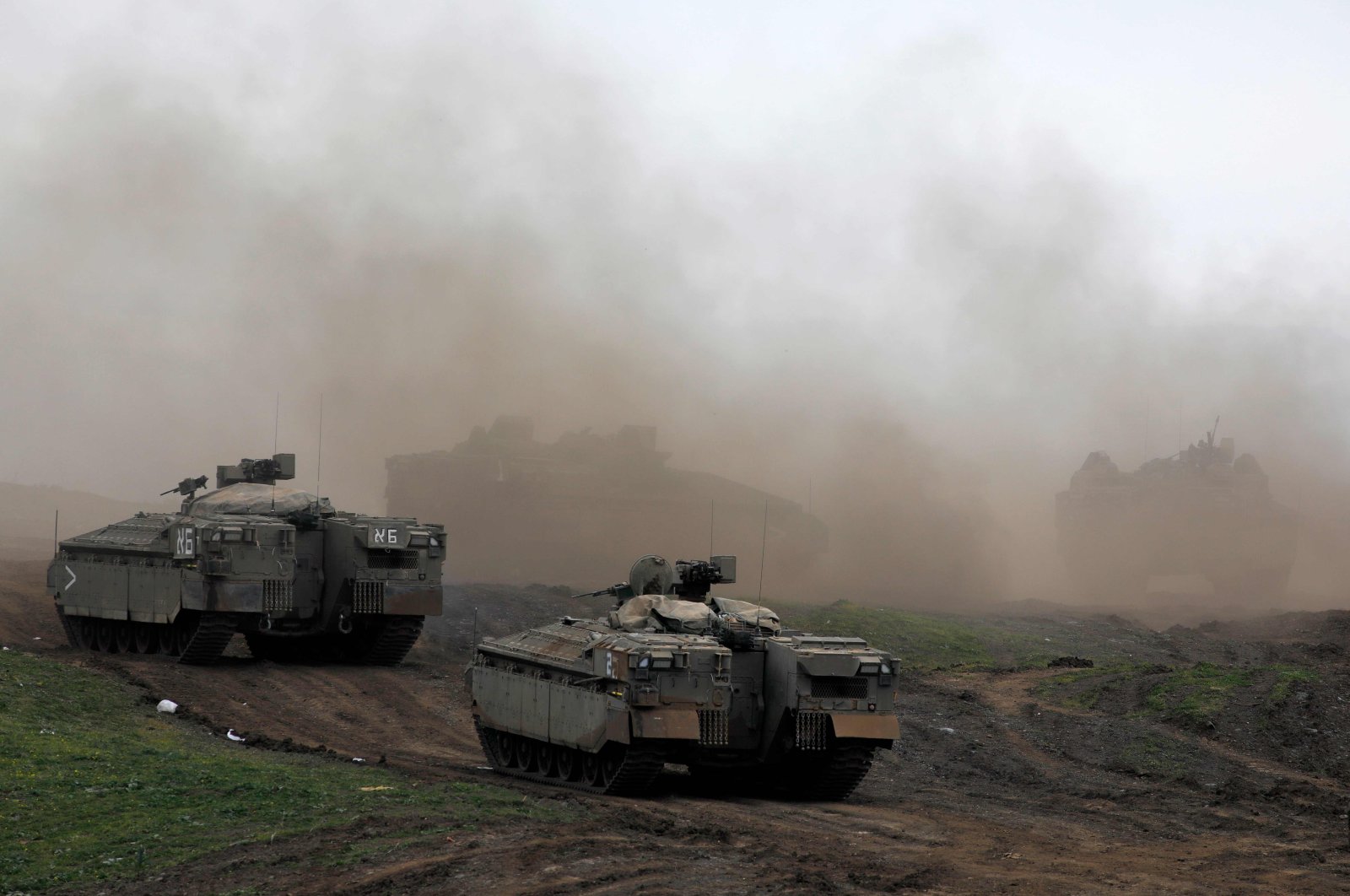 In less than a week since the last wave of Israeli strikes on Syria targeted positions in the southern outskirts of Damascus and killed three pro-Iran fighters, Israeli warplanes last week carried out intense airstrikes in eastern Syria killing at least 57 fighters and wounding dozens.

The overnight airstrikes were apparently targeting positions and arms depots of Iran-backed forces as the region is on high alert, according to a Syrian opposition war monitoring group.

An official from Syria’s state news agency SANA said: “The Israeli enemy carried out an aerial assault on the town of Deir el-Zour and the Boukamal region,” adding that “the results of the aggression are currently being verified.”

“This is the largest death toll from Israeli raids in Syria,” said the Syrian Observatory for Human Rights (SOHR) chief Rami Abdul Rahman.

According to The Associated Press (AP), a senior U.S. intelligence official with knowledge of the attack said the airstrikes were carried out with intelligence provided by the United States – a rare incidence of publicized cooperation between the two countries over choosing targets in Syria.

The official said the strikes targeted a series of warehouses in Syria that were being used in a pipeline to store and stage Iranian weapons.

The U.S. official, who requested anonymity to speak about the matter, said U.S. Secretary of State Mike Pompeo discussed the airstrike with Yossi Cohen, chief of Israel’s spy agency Mossad, during a meeting in the popular Washington restaurant Cafe Milano last week.

The warehouses also served as a pipeline for components that support Iran’s nuclear program, the official added.

Besides, an unnamed military official was quoted as saying that Syrian air defenses responded to the incoming missiles but gave no further details.

The Britain-based SOHR reported 57 people were killed, including 14 Syrian troops, and the rest were Iran-backed fighters including 16 Iraqis and 11 Afghans. Dozens were wounded.

Days before the strikes, the Fatimid Brigade transported a consignment of Iranian-manufactured weapons to eastern Syria from neighboring Iraq, said the SOHR, which relies on a network of sources on the ground. They were stored in the region targeted overnight, it added.

The Institute for National Security Studies (INSS) director-general and former Israeli Military Intelligence head Amos Yadlin tweeted that the strikes served as a reminder to Iran that Israel will not stop fighting to halt Iranian activity in Syria, even after the Biden administration takes office in the U.S.

The strikes also served to remind Syria that “there is a heavy price for the free hand you give to the Iranians in Syria” and to remind the incoming Biden administration that the challenge from Iran includes conventional military threats, not just the nuclear issue, added Yadlin.

Although it is unclear whether the strikes had any direct connection to threats by Iran to retaliate against assassinations and attacks blamed on Israel, Yadlin stressed that “in light of the results of the significant strike (on Tuesday night), Iran’s ‘open account’ with Israel will swell.”

On his part, the Syria regime's foreign ministry condemned the airstrikes last Wednesday, saying that the strikes were conducted in synchronization with the Syrian Democratic Forces, the U.S. and the international coalition "in a clear and uncovered harmony to carry out the U.S. projects."

"The Syrian Arab Republic considers that the frequency and synchronization of the Israeli attacks with terrorist attacks once again prove beyond any doubt that there is agreement and coordination between all the parties hostile to Syria, some of which occupy parts of its territory and violate its sovereignty, territorial integrity and political stability, as well as the exchange of roles in order to implement their common agenda aimed at supporting and continuing takfirist and economic terrorism and to achieve some separatist projects in the region," said the ministry in a letter to the U.N. secretary-general and the president of the U.N. Security Council (UNSC).

The ministry added that the Syrian regime is determined, with the aid of "friendly countries and their allies, to recover every grain of soil from the lands of the Syrian Arab Republic," specifically the areas of the Golan Heights in Israeli control.

The letter called on the UNSC to take "firm and immediate measures" to prevent Israeli strikes and to require Israel to respect the decisions of the UNSC.

Since the Syrian civil war broke out in 2011, Israel has carried out hundreds of air and missile strikes on Syria, mostly against targets linked to Iran and rarely confirmed details of its operations but claimed that Iran's presence in support of Bashar Assad was a threat to which it will continue to respond.

Israel hit around 50 targets in Syria in 2020, according to an annual report released by the Israeli military.

The last strikes came at a time of heightened tension in the region in the final chaotic days of U.S. President Donald Trump’s administration who gave unprecedented support to the government of Israeli Prime Minister Benjamin Netanyahu.

Observers have previously warned that Trump and Israel could engage in a war against Iran and its regional allies in the final days of the U.S. president's term or that conflict could erupt to scuttle efforts by Biden’s incoming administration to negotiate with Iran.

Accordingly, Netanyahu was pushing Trump, to put pressure on Tehran’s nuclear program, to deliver a final military blow to the program before turning Iran policy over to Biden, but the prospect was dampened by reported objections from Pentagon officials.

The Israeli military has been for weeks on a high level of defensive alert, and according to Amos Harel, a prominent Israeli military affairs correspondent, an aerial defense battery of Patriot missiles was deployed in Israel’s southern seaport of Eilat. According to the Haaretz newspaper, he said an exceptionally large presence of fighter planes has been in the skies over the country for a considerable portion of the day.

Meanwhile, Israeli jets have been violating Lebanese airspace and crisscrossing skies over Beirut in daily, low-altitude flights that have added to jitters in the Lebanese capital.

Netanyahu was trying by all means to create facts on the ground that could block Biden’s plans to rejoin the Iran nuclear deal, and in an apparent message to Biden, recently he said that there should be no return to the 2015 Iran nuclear deal abandoned by Trump.

Israel is taking advantage of the chaotic scene in the U.S. and the impeachments of Trump and is continuing in its illegal aggression against Syria while the international community is watching silently.