Kashmiris have not forgotten UN promises 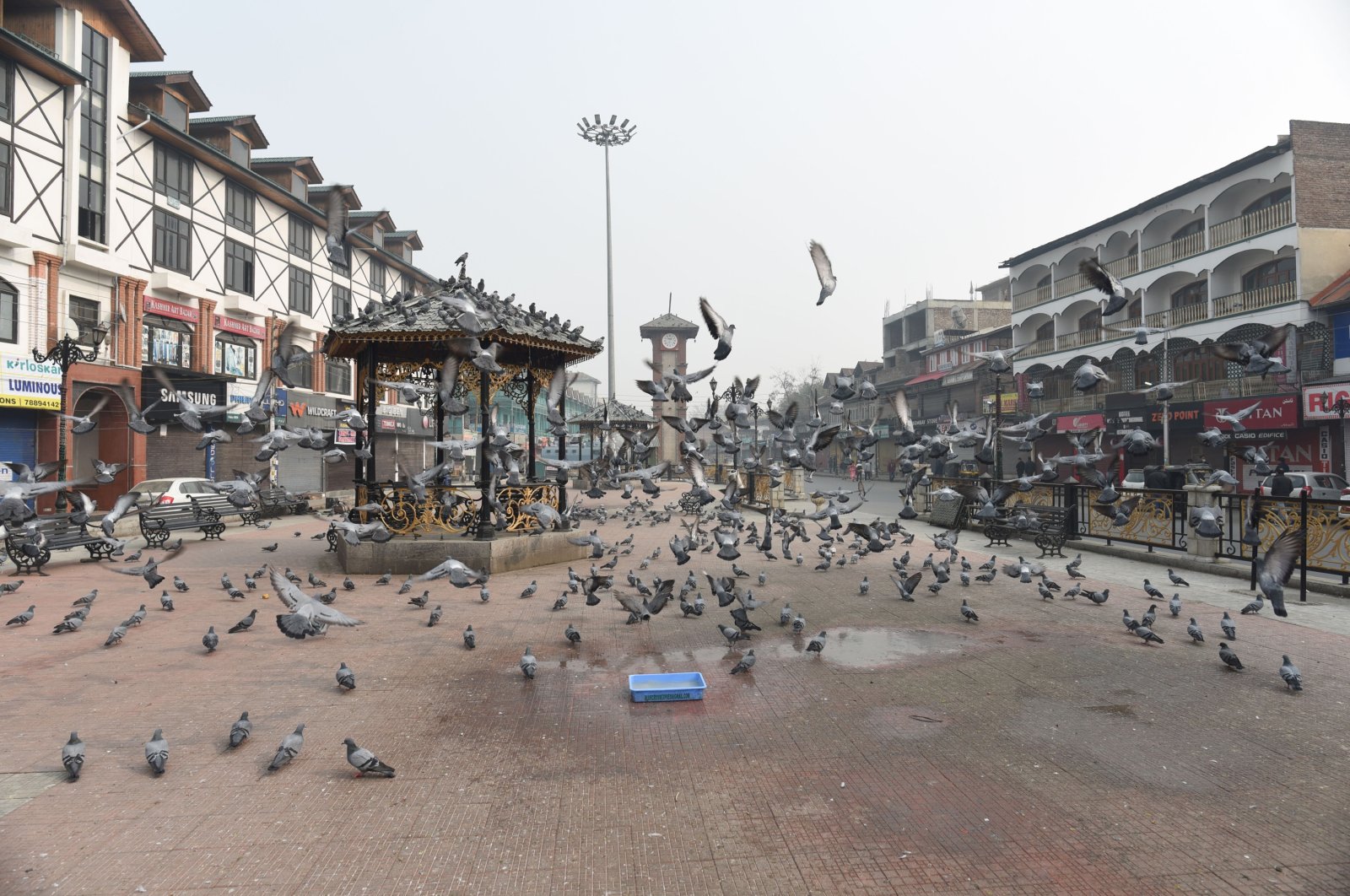 Kashmir is a natural paradise, surrounded by India, Pakistan, China and Afghanistan with the narrow Wakhan corridor separating it from Tajikistan and Kyrgyzstan. Compared to the existing 193 countries in the world taken individually, Kashmir is larger than 103 and more populous than 129. It is also more than three times the size of Belgium, the Netherlands and Luxembourg combined.

The people of Jammu and Kashmir have not forgotten that on April 21, 1948, the United Nations Security Council (UNSC) adopted Resolution 47, which states that the future of Kashmir shall be decided by its inhabitants. There have been successive resolutions that pledged to the people of Kashmir their right to self-determination. The Indian government has barred the exercise of this right and has waged a campaign of terror against the people of Kashmir. The Kashmiris have become victims of systematic and extreme brutalities, and nothing has been done by the world powers or any organ of the U.N., including the secretary general, to permit them any relief or redress. Each time the people of Kashmir have demanded the right to self-determination, Indian authorities have responded with extreme repression.

India is a signatory to the Universal Declaration of Human Rights (UDHR), which guarantees that "everyone has the right to life, liberty and security of person," that "no one shall be subjected to torture, or to cruel, inhuman or degrading treatment or punishment," and that "no one shall be subjected to arbitrary arrest, detention or exile." These rights are being violated by the Indian military and its paramilitary forces, day in, day out.

Since 1989, Kashmiri people have faced mass slaughter, rape and robbery. It is estimated that since January 1990, more than 100,000 people have been killed in Kashmir at the hands of the occupation forces. More than 10,000 persons have involuntarily disappeared. Further, it is estimated that hundreds of Kashmiris are being held as political prisoners by the government of India.

Very recently, on Nov. 15, 2021, the killing of three innocent civilians once again shook the conscience of global civil society. This act of barbarism by occupation forces signifies the death of so-called Indian democracy. The killings need a transparent investigation by a neutral outside agency, like the U.N. On Nov. 21, world-renowned human rights activist Khurram Parvez was arrested by Indian forces. Mary Lawlor, the U.N. special rapporteur on Human Rights Defenders (HRDs), tweeted that "He (Parvez) is not a terrorist. He is a Human Rights Defender."

India has legalized torture, arbitrary arrest and wanton destruction of property and has given its soldiers the right to kill on sight and to conduct searches without a warrant. Here are a few black laws authorized by the Indian government, which clearly violate international standards.

First, there is the Jammu and Kashmir Public Safety Act, 1978 (PSA). This law enables Indian forces in Kashmir to detain civilians for up to one year without trial or due process for a wide variety of reasons, including the exercise of free speech. Under this law, an individual who prints pamphlets and newsletters that advocate the implementation of the U.N. resolutions calling for a plebiscite in Kashmir can also be arrested and detained without formal charge or due process.

That is why Amnesty International calls the PSA "a lawless law." In 2011, Amnesty International’s "A Lawless Law" report revealed that, given the political context in Jammu and Kashmir, the PSA was used to detain, among others, political leaders, lawyers and individuals who challenged the state through political action or peaceful dissent. The report found that the PSA provides for arbitrary detention, which violates the right to liberty under human rights law binding on India. Furthermore, the report found that state authorities also used the PSA to facilitate other human rights violations, including incommunicado detentions, torture and other cruel, inhuman or degrading treatment or punishment (other ill-treatment) in custody, and detention on vague grounds. Based on these findings, the report called on the government of Jammu and Kashmir to repeal the PSA, abolish the administrative detention system, either release those held under the PSA or charge them with a recognized criminal offense and try them in a regular court in proceedings that meet international standards of fairness.

The other law is the Terrorist and Disruptive Act (TADA). This act allows Indian forces to round up and detain citizens for up to one year without formal charges, due process of law or formal trial. When and if court hearings are held, they are held in secret. Victims are not allowed to confront their accusers and witnesses can keep their identities secret.

To provide another example, there is the National Security Act, under which Indian forces can detain individuals for up to one year without charges or trial to prevent them from "acting in a manner prejudicial to state security." According to the law, an individual does not even need to have done a specific action to be detained. If the Indian authorities believe that he is about to do something, they can detain him without charge to prevent him from acting.

Or, take the Armed Forces Special Powers Act (AFSPA). This law was passed on Sept. 10, 1990. It allows the governor of the state of Jammu and Kashmir to unilaterally "declare the whole or any part of the state to be a disturbed area." By identifying Kashmir as a "disturbed area," this act empowers the armed forces to search homes without a warrant, arrest Kashmiri people without warrants, destroy entire homes and villages and shoot innocent civilians in the streets with intent to kill.

Currently, two dangerous misunderstandings exist regarding the Kashmir issue. If allowed to continue, they can destroy the potential for peace on the subcontinent. The first is that Kashmiris have been battered into submission by Indian forces through these draconian laws. The second is that India is unbendingly opposed to giving up its occupation of Kashmir, so it is futile to exert any pressure on the country.

As regards the first, one need only to recall what happened to a nation as great as France under the five-year Nazi occupation. That so many prominent Frenchmen and sections of French society refused to offer any resistance to German forces; that men of standing like Petain and Laval collaborated with the Nazis are undeniable facts. Did they betoken even a limited popularity of the Nazis? Certainly not. All they brought out was the opportunism of a few individuals or groups and the weakness inherent in human nature when confronted with life’s necessities. The thinking runs along these lines: Life is to be lived. If an overarching issue is remaining undecided, one has still to face relatively minor but pressing day-to-day matters and one has to try to tackle them. If this happened in France in four or five years of alien occupation, is it any wonder that it should happen in Kashmir after 74 years of unremittingly suppressive alien rule.

The second misunderstanding arises from a superficial reading of realities. It is true that successive governments in India have persistently presented a completely intransigent front on the Kashmir issue. But if no cracks are visible in that front, it is because no pressure whatsoever has been applied that would expose the realities under the surface. During the last two years or so, particularly since Aug. 5, 2019, when Article 370 and 35A were abrogated, several articles have appeared in the international press and even in mainstream Indian press written by thoughtful Indians opposed to the official policy on the issue. They take their stand not on morality but realistically on India’s own long-term interest. That an unresolved Kashmir issue, the occupation of Kashmir in defiance of the people’s wishes, has damaged India’s democratic credentials, and hence, her standing and aspiration for an enhanced status in the U.N. is a point of emphasis in their pleadings. Only shallow thinking will regard this current of Indian opinion as inconsequential.

If world powers want to help bring about a peaceful settlement of the Kashmir dispute, it must demand from India as a first step the immediate repeal of these black laws. The world powers, and particularly the United Nations Human Rights Council (OHCHR), are in a position to arrest the course of brutalities by examining and exposing the situation and persuading both India and Pakistan that the way to bring peace and stability to the region of South Asia is by resolving the Kashmir dispute to the satisfaction of all parties concerned.