New ideological Cold War serves neither US nor Turkey 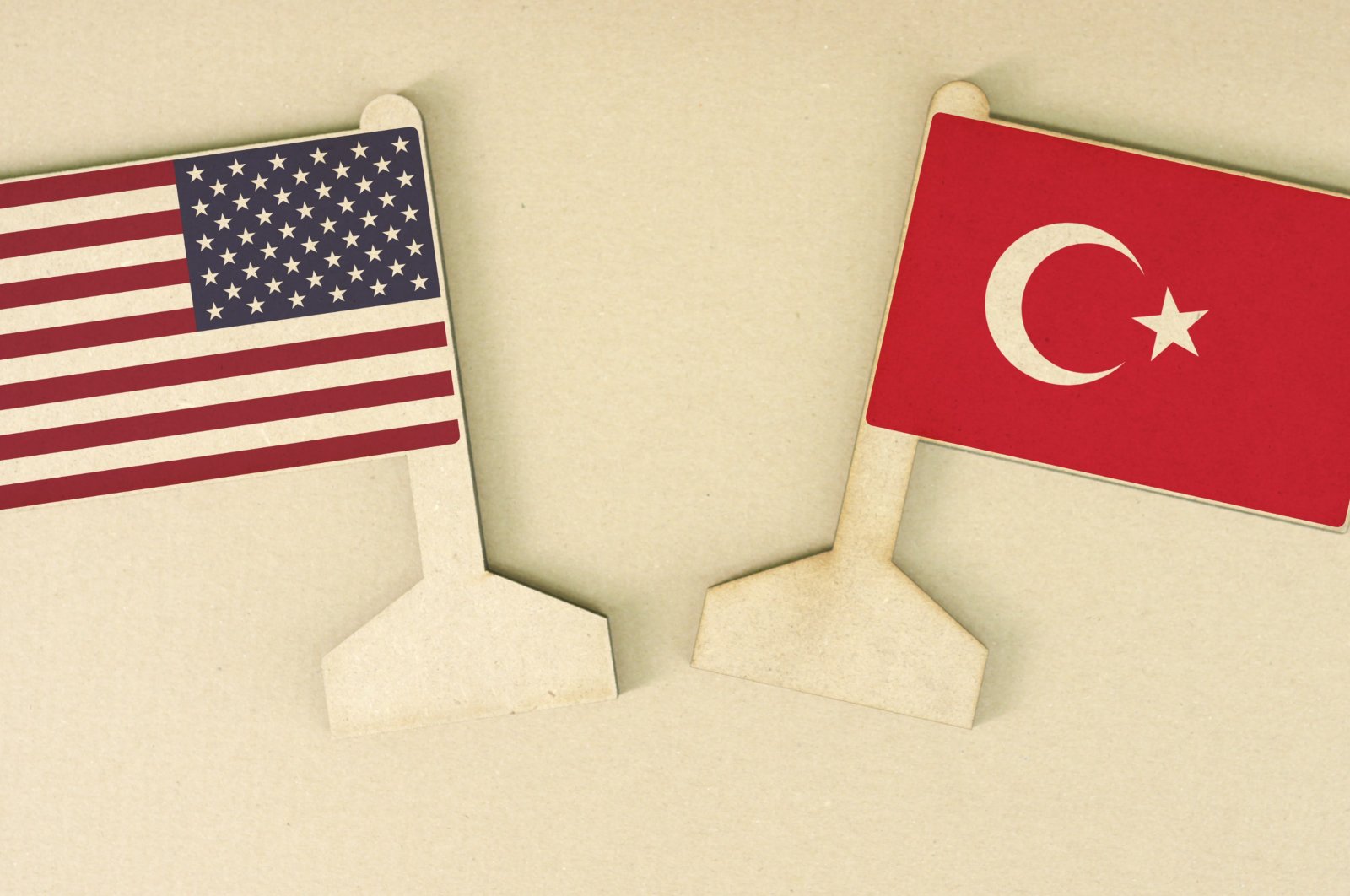 The flags of Turkey and the U.S. made of recycled paper are displayed on a cardboard desk. (Photo by Shutterstock)
by Tarık Oğuzlu Feb 26, 2021 12:05 am
RECOMMENDED

Turkey's transformation into a liberal democracy has certainly accelerated following the conclusion of World War II as then Turkish leaders wanted to get Western support to bolster Turkey's ability to hold off the Soviet challenge from the north.

Stated somewhat differently, the internal transformation of Turkey's political regime, as well as the congruent revolutions in Turkey's social and economic structure in line with liberal democratic norms and capitalism, owes a great part of its existence to the security needs and perceptions of the ruling elites.

When Turkey's security needs are combined with the ideological aspirations of the winners of the great war to bring into existence a liberal international order, Turkey's membership in NATO and efforts to become a part of the European integration process followed.

A new world was to come into existence and Turkey threw in its lot with the West.

Are we now on the threshold of a similar moment in history as the recently elected Joe Biden administration seems determined to restore the liberal international order and to form a league of liberal democratic countries in such a way to contain China's rise and help defeat the growing appeal of illiberal authoritarianism across the world in recent years?

On many occasions, the last of which being the Munich Security Conference, Biden underlined that America is now back and determined to take up the leadership mantle of the liberal international order and unite its allies and partners across the globe, in particular Europe and East Asia, around common values and security considerations.

The U.S. is by far the most powerful country in the world and it is quite normal for other countries to adjust their political positions and priorities to the emerging realities in Washington.

This seems to partially account for Turkey's recent efforts to improve its relations with the EU and the U.S. as well as revitalize the dormant liberal democratic reforms at home.

Disregarding the success of such efforts in yielding positive results, what matters is that Turkish rulers are now taking some initiatives to get along well with the West and ensure Turkey's long-term interests.

Such interests do not suggest, though, Turkey subscribes to the idea that we are now on the eve of a new Cold War fought on political, economic and ideological grounds, and Turkey would do well to fully align itself with the West against the so-called China-Russia axis.

First, Turkey does not feel threatened by Russia, China or any other illiberal authoritarian country in its neighborhood.

Relative to the depth and scope of its economic engagement with Western countries, the volume of Turkey's trade with China and Russia is still quite limited.

Despite the fact that Turkey's trade relations with China and Russia are quite skewed in favor of the latter, the prospects of China or Russia punishing Turkey through its internal and international orientation remain quite limited.

Indeed, both of these countries, in particular China, offers Turkey immense opportunities to develop its economy.

Second, Turkish, Russian and Chinese leaders seem to have succeeded in establishing a working formula to conduct their relations with one another, in other words, compartmentalization.

Even though they are not on the same page concerning each and every issue relating to their national interests, they seem to have developed the habit of putting their clashing interests on the back burner if they sensed an opportunity to gain benefits from cooperation.

The recent history of Turkish-Russian relations is full of such instances.

Third, Turkey's relations with China and Russia are not colored by any ideological flavor.

Even though they all share a strong state tradition, centralized administrative practices, patriarchal societal values, a penchant for a harmonious society built on common traditional values and neo-imperial dreams, they all take utmost care not to get involved in their internal affairs and play the game of regime change.

Devoid of ideological glances, they engage each other on pragmatic concerns and common interests. This does in no way, however, suggest that Turkey, Russia and China are all members of a club of authoritarian countries and view the world from a common ideological lens.

Compared to Russia and China, the liberal democratic values are much more entrenched in Turkish society and a quite sizeable portion of Turkish people continue to see Turkey's place within the West.

Turkey's decades-old Westernization/Europeanization process at home and strong institutional links to the Western international community through NATO and the EU abroad set Turkey apart from China and Russia and provide Turkey with credible leverage in its relations with non-Western countries.

Fourth, recent years have demonstrated that the degree of skepticism against the West in general and the U.S., in particular, has notably increased across Turkish society.

Most Turkish people believe that the U.S. is behind the failed coup attempt by the Gülenist Terror Group (FETÖ) in the summer of 2016.

Besides, Western actors have not only harshly criticized Turkey for its policies in the Middle East, Caucasus, North Africa and Eastern Mediterranean, but also put Turkey's territorial security in grave danger by supporting PKK terrorist units in Syria and contributing to the erosion of territorial integrity of Turkey's neighbors to the south.

Fifth, absent a strong U.S. commitment to Turkey's territorial security through NATO and growing European criticisms of Turkey's domestic and foreign policies make it difficult for Turkish leaders to put their bet on the latest version of Biden's liberal international project and side with the West in a new Cold War-like confrontation against China and Russia.

Sixth, as of today, there is not any waterproof Western community speaking with one voice on global challenges. Let alone internal differences within the EU, there exist important differences between the two shores of the Atlantic Ocean as to how to deal with Russia and China.

Worse, not only a "Trumpian" president, if not Donald Trump himself, might come back to White House after four years, but it is also a gargantuan challenge for the Biden administration to help revive the credibility of U.S. commitment in the eyes of its traditional allies across the globe.

Can they trust the U.S. that Washington will sure come to their aid in case of emergency? Why should not they adopt a multidimensional and multidirectional foreign policy orientation in today's multipolar order and benefit from closer economic engagement with China? Why should they choose one side against the other in today's highly integrated and networked-based international environment?

While the U.S. economic recovery on the one hand and the growing imperative of defeating global challenges such as the pandemic, climate change, preventing the proliferation of weapons of mass destruction and transnational terrorism require a strong degree of cooperation among key global actors in a multilateral fashion, would it be legitimate for the U.S. to force countries across the globe to choose its side and view the world from an ideological perspective?

Like many middle powers, Turkey does not want to find itself in the middle of a new Cold War between the U.S. and China.

Indeed, Turkey's economic and security interests cannot be satisfactorily achieved should Turkey and its traditional Western allies remain on a collision course.

The need to improve relations cannot be higher and more palpable than today. Yet, doing so in the context of a new Cold War fought at many fronts and on many grounds between the West and the East would serve no one.