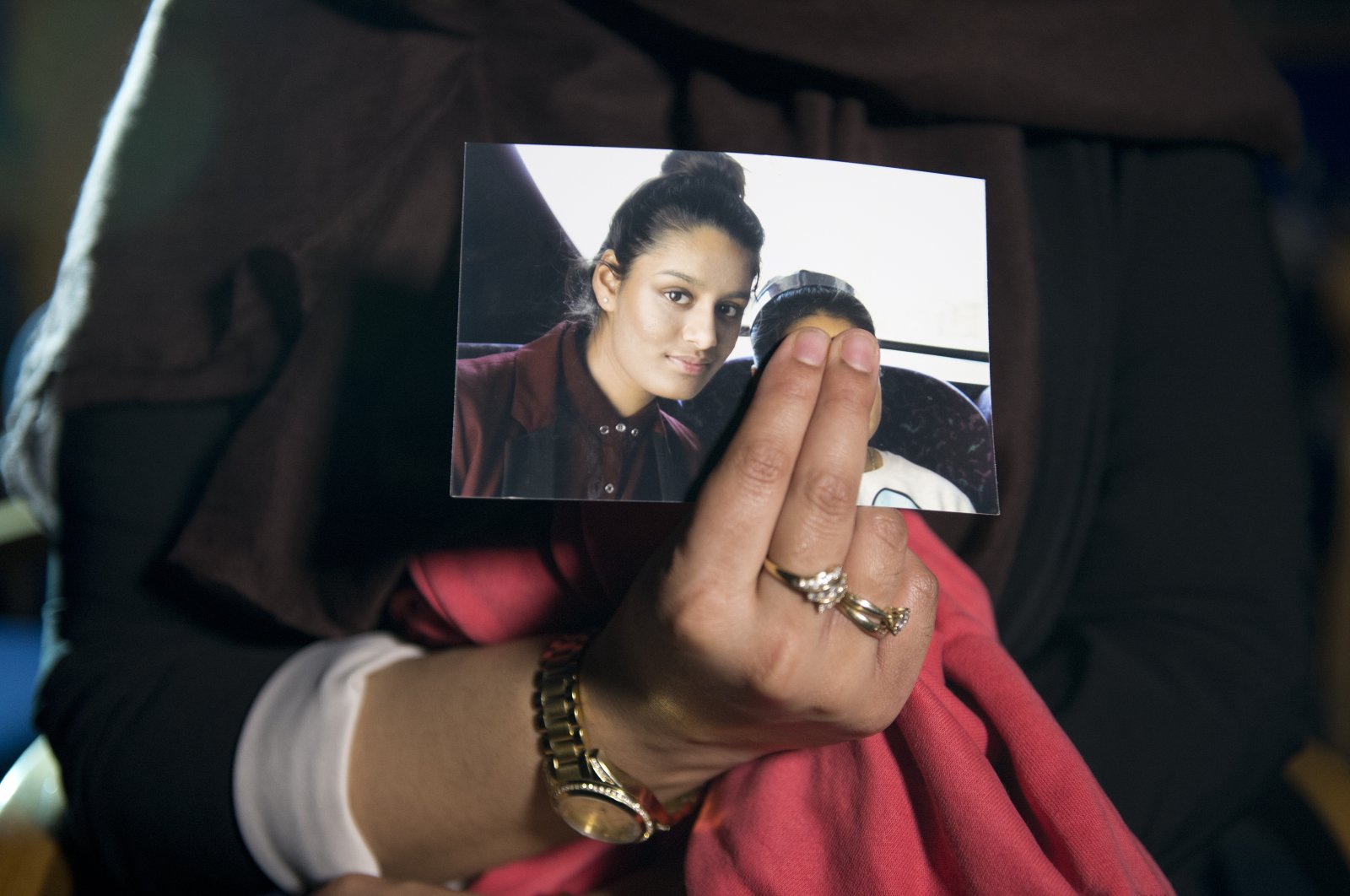 The United Kingdom’s highest court has ruled that Shamima Begum will not be allowed to return to the U.K. to challenge her loss of British citizenship. Individual’s right to have a fair hearing came into conflict with the national security of the U.K.

Begum left the U.K. in 2015 for Syria to join Daesh. She traveled via Turkey and crossed into Syria with two other east London schoolgirls. She was 15-year-old when she arrived at Daesh headquarters in Syria's Raqqa and married Yago Riejdik, a Dutch Daesh fighter.

Begum was found, nine months pregnant, in a refugee camp run by the PKK-linked terrorist group SDF in northern Syria in 2019. Her newborn baby died soon after she gave birth. She also had previously lost two other babies under Daesh rules.

In February 2019, the U.K.'s then Home Secretary Sajid Javid wrote to Begum about her citizenship being revoked. The decision is based on the reasoning that her return to the U.K. would present a risk to the national security of the country. “Quite simply: if you back terror, there must be consequences," Javid added.

Besides, Javid indicated she is a British-Bangladeshi dual citizen, and he was satisfied that such an order would not make her stateless. Bangladesh is the birth country of her parents.

Begum’s lawyers subsequently applied for permission for her to enter the country, claiming that she cannot have a fair and effective appeal regarding the decision depriving her of citizenship from outside the U.K.

In July 2020, the British Court of Appeal ruled that the secretary of state had granted Begum permission to enter the U.K. and provided her with the necessary travel document for an effective appeal.

The Home Office, however, argued her return to the U.K. “would create significant national security risks” and appealed to the Supreme Court to dismiss the Court of Appeal’s judgment.

On Feb. 26, 2020, the British Supreme Court unanimously allowed all of the home secretary’s appeals and dismissed Begum’s counterappeal. It has ruled the government is entitled to prevent her return to the U.K. to fight her case.

The British Supreme Court emphasized when an individual’s right to have a fair hearing threatens national security, the right to a fair hearing must prevail. However, if there is a vital public interest, a fair hearing is not prioritized. In Begum’s case, the safety of the public makes it impossible for a case to be fairly heard.

Begum is not in a position to participate in the appeal if the safety of the public is compromised. So that is not a perfect solution, but “there is no perfect solution to a dilemma of the present kind,” according to the court.

Under international law, “states shall not deprive a person of its nationality if such deprivation would render him stateless,” according to the 1961 U.N. Convention on the Reduction of Statelessness

The 1981 British Act also declared that the secretary of state may not make an order to deprive a person of a citizenship status if the order would make a person stateless. However, a person may be deprived when “deprivation is conducive to the public good.”

The U.K. government argued that Begum is eligible for Bangladeshi citizenship. However, the British Supreme Court said, “She cannot be rendered stateless, the loss of her British citizenship may nevertheless have a profound effect upon her life, especially where her alternative nationality is one with which she has little real connection."

Even if her parents are Bangladeshi, a person automatically entitled to citizenship based on her parent’s citizenship must apply before the age of 21. She is now a 21-year-old and a detainee in the camp.

"The clear position of the government of Bangladesh is British citizen Shamima was never a Bangladeshi citizen. She doesn't have any rights in this regard and there is no scope to allow her to enter Bangladesh," Bangladesh's Foreign Ministry said.

Thus, no country for the Daesh bride in practice and theory.

Begum and friends joined the notorious group as teenagers. Kadir Suzana, who was one of the other girls, was killed in a bombing raid, and Amira Abese’s fate is unknown. Arguably, they were victims of terrorist-linked sex trafficking. If Begum did commit crimes, she should be brought home and given a fair trial. “Neither justice nor security is served by leaving Shamima Begum in a legal black hole,” according to the Human Rights Watch (HRW).

Begum is not a lone example. Thousands of Daesh family members are being held in the al-Hawl and al-Roj camp in northern Syria. After the final battle against Daesh, children, widows and orphans are being detained by PKK/YPG-led forces.

Between 2013 and 2019, numerous international citizens traveled to become foreign volunteers of Daesh. Now, approximately 65,000 women and children are detained in northern Syria. Also, 15% of the women are from Western Europe.

What was the role of women in Daesh? A greater part of those women aligned themselves with Daesh as a housewife of fighters and raised their children. Some of them still say: “We will bring back a new caliphate, our children are on God’s path and Daesh will not end before the end of time."

On the other hand, some of them say Daesh destroyed their lives. "I was hoping Britain would understand I made a mistake, a very big mistake because I was young and naive," Begum said in an interview.

What crimes did they commit during their time with Daesh? No judgment has been made on this matter. The al-Hawl and al-Roj camps are in legal limbo without charge or trial. How long will they survive there with children growing up with Daesh ideology?

An unknown number have already died because of the dire conditions of the camps. U.N. human rights experts have issued official letters to 57 governments that have citizens in the camps. Experts said, “Thousands of people held in the camps are exposed to violence, exploitation, abuse, and deprivation in conditions and treatment that may well amount to torture or other cruel, inhuman or degrading treatment or punishment under international law, with no effective remedy at their disposal.”

As can be seen from Begum's case, governments do not allow these women to enter the country even for judgment. The new generation of Daesh continues to grow up in legal limbo although states tend to ignore those women and children.

*Master of Law student at Queen Mary University of London