On how corpses resist in Kashmir 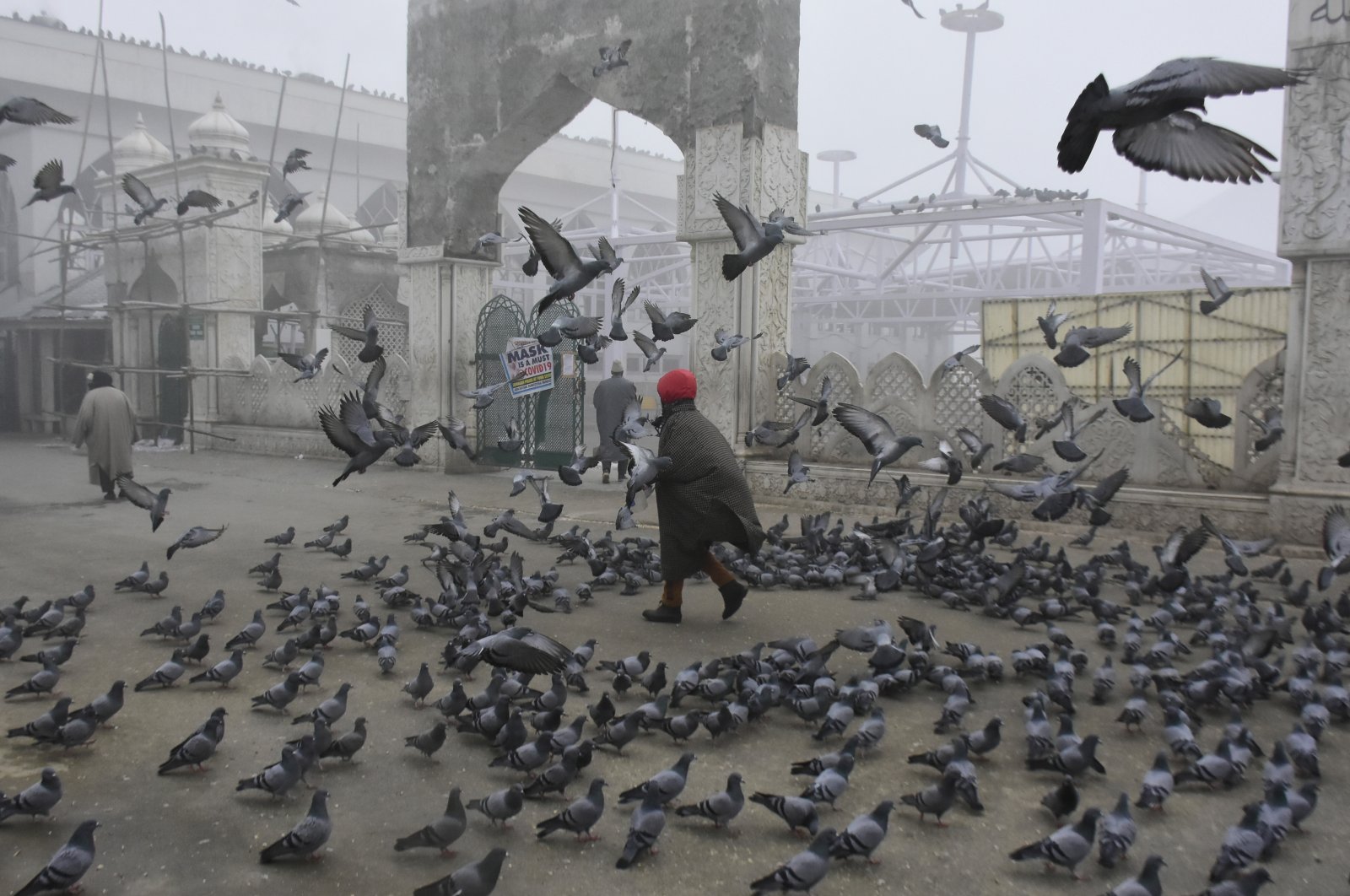 What is it to die? Is it not contingent on how one lives? To either melt in His eternal warmth – that infinitely loving, tender embrace, or to wallow in the icy depths of unsightly darkness and frightening isolation. As for those who kill others unjustly, do they not forfeit their life? And what shall we make of the corpses of those murdered? Seize their breath if you will, but in death, their everlasting words soothe us. Suffocate their voices in life, yet in death, they shall indeed sing.

You may have taken out their eyes, but it is you who are blind. So even as the ground adoringly welcomes their twisted, contorted bodies back, they are now dancing. And how does this reflect on you? The martyr’s death is a symbol of your end and the beginning of their reign. That is why corpses terrify you. You cannot even bear to look upon their bodies. Or is it that their faces seem wicked, since it is you who are unwanted?

Your covetousness, misery and unrequited obsession – all causes for cringeworthy lashing out. You desecrate their corpses and secretly bury them in unmarked graves without allowing the presence of their families or the performance of their final rites. As for the depraved weakling who throws acid in response to spurned desire, “If not me, then no one.” This cruel, unusual form of punishment is a reflection of you.

Thus as the Indian government, led by the far-right Bharatiya Janata Party (BJP), revels in the monstrosity of snatching the bodies of innocent Kashmiris and burying them in forlorn graves, it is you and your ilk who are alone. Worse, know this: The unseen mourning leads to the riot you fear in the hearts of millions. This is how corpses resist. The dead have awoken the living. You may have spread poison in Kashmir, but you have also caused the cure. Truly, revolutions are fought in the heart; the battlefield is for the untrained warrior.

The disputed territory of Jammu and Kashmir remains the longest unresolved conflict on the United Nations' agenda. It is also the planet’s most militarized space. Even worse, this international conflict – which is not bilateral since it involves Kashmir, Pakistan, India and China – has the atrocious appellation of being a nuclear flashpoint.

In illegally Indian-occupied Kashmir, Reuters reports that over the last 30 years alone, Indian occupation forces have killed nearly 100,000 people. According to kashmircivitas.com, they have also raped or molested over 11,000 women, dug over 6,500 unmarked graves and created over 90,000 orphans.

And as if this were not enough, The Washington Post reported that thousands of political prisoners, including children, were being held without charge when, on Aug. 5, 2019, India unlawfully abrogated Article 370 and 35A of its own Constitution, with credible reports of their sexual abuse.

Over 600 habeas corpus petitions are pending in Indian courts. Millions of Kashmiris are suffering due to the government’s lack of health preparedness for the coronavirus pandemic.

Not only does New Delhi ignore their inalienable, U.N.-mandated rights, but it has also made the situation even worse by passing the “Jammu and Kashmir Reorganization Order 2020,” which makes it possible to change the disputed territory’s demographics.

The reputable nongovernmental organization (NGO) Genocide Watch has gone so far as to issue two “Genocide Alerts” over these machinations in Kashmir. With all of this pain and suffering, many lament, “All this poison and no resolution in sight!” Untrue.

Every struggle for freedom is beset by both poison and cure. The hegemon uses gross, cruel violence and torture to take the bodies and pummel the peoples’ fighting spirit. Then it sanitizes the language and uses false or mythical histories and discordant narratives to control their minds.

Worse, it uses perversion, sexual deviance and drug or alcohol abuse to crush the rebellion’s moral foundations, to hoodwink the oppressed into turning on one another and mislead them into believing in their own exceptionalism.

Yet with all the overwhelming firepower, violence, discourse and drug peddling, the oppressor is still puny and afraid. His atrocious carnage – all the poison that India spreads in Kashmir – is what compels the corpses to ring the death knell that continues to resonate defiance throughout the land. And it is this way in every revolutionary society, for it must be made ready to receive the preciousness. Freedom. As the poison spreads people are stirred, and then comes the purge.

Society, even people, must be mutilated, torn asunder and ripped apart. There needs to be a thorough cleansing – of body, mind and spirit – to prepare an occupied people for emancipation. It is as if the whole of society needs to be put through the wringer. Treachery, betrayal and turncoats flourish. Kashmir is no different.

It took the Algerians 132 years to free themselves from French colonization.

Freedom comes not with roses but with bullets and graveyards. And it is from the graveyards that corpses call out and legends emerge. Those towering personalities are the cure their people have been waiting for. Just as the sunlight that comes after the darkest part of the night, they are beacons of freedom. Algeria had Larbi Ben Mhidi (executed by the French in 1957), Libya had Omar Mukhtar (executed by the Italians in 1931), Pakistan had Muhammad Ali Jinnah (who died in 1948) and Kashmir has Syed Ali Shah Geelani (born in 1929).

First, the most essential facet of any revolutionary, anti-colonial struggle requires clarity of vision. Geelani presented Kashmir not as a separatist movement, since it has never been part of India, but as a legitimate struggle for self-determination.

No matter what the Indian state has offered him, he has never accepted Indian citizenship. Notwithstanding his genuine, well-considered proclivities for Pakistan, he has promised to abide by the results of any free, fair plebiscite.

Moreover, he has never conceded an inch of discourse, knowing very well how the Indian state has deliberately poisoned the Kashmiris’ culture, history, identity and, most importantly, will.

Yet as much as the delusional Hindutva state alters, incapacitates or misdirects the will of this oppressed populace and world opinion, its control of the discordant narratives is collapsing. This is precipitated by the sheer strength of character of Peer Sahib, whose sharp, unambiguous and inclusionary narrative has been unyielding.

His vision has remained unchanged. His principled approach to the right of self-determination that safeguards minorities, without undermining the primary religious and ethnic demographics, is a testament to his charisma. Only those who find themselves can lead others.

Second, the nature of resistance necessitates fearlessness in the face of eventual death. At present, Kashmir suffers from military occupation and the unbearable presence of nearly a million soldiers/paramilitaries. In front of this, Geelani, more than anyone else, has displayed exemplary courage. In the heart of New Delhi, he has called out Indian atrocities regardless of death threats.

Undeterred, he stood his ground and protested fake encounters, false imprisonment and the everyday indignities endured by his people. He does not take the easy path, and his valor awakens bravery in others. This is the characteristic of true, revolutionary leadership – confronting one’s enemy without a thought of losing one’s life, trusting that death can neither be delayed nor hurried.

No one has continuously impacted the entirety of the Kashmiri freedom movement as Geelani. Among the ebbs and flows of resistance, and the push and pull of all kinds of traitors, he alone has stood as an immovable rock. His unshakeable principles, unrelenting will and uncompromising commitment to his people’s well-being is acknowledged by friend and foe.

He has never changed his tune, switched loyalties, been accused of doublespeak or sought personal gain. While all revolutionary movements suffer setbacks and many revolutionaries capitulate after becoming disheartened, he has proven entirely resolute. In fact, this is his most memorable and lasting legacy – continuity.