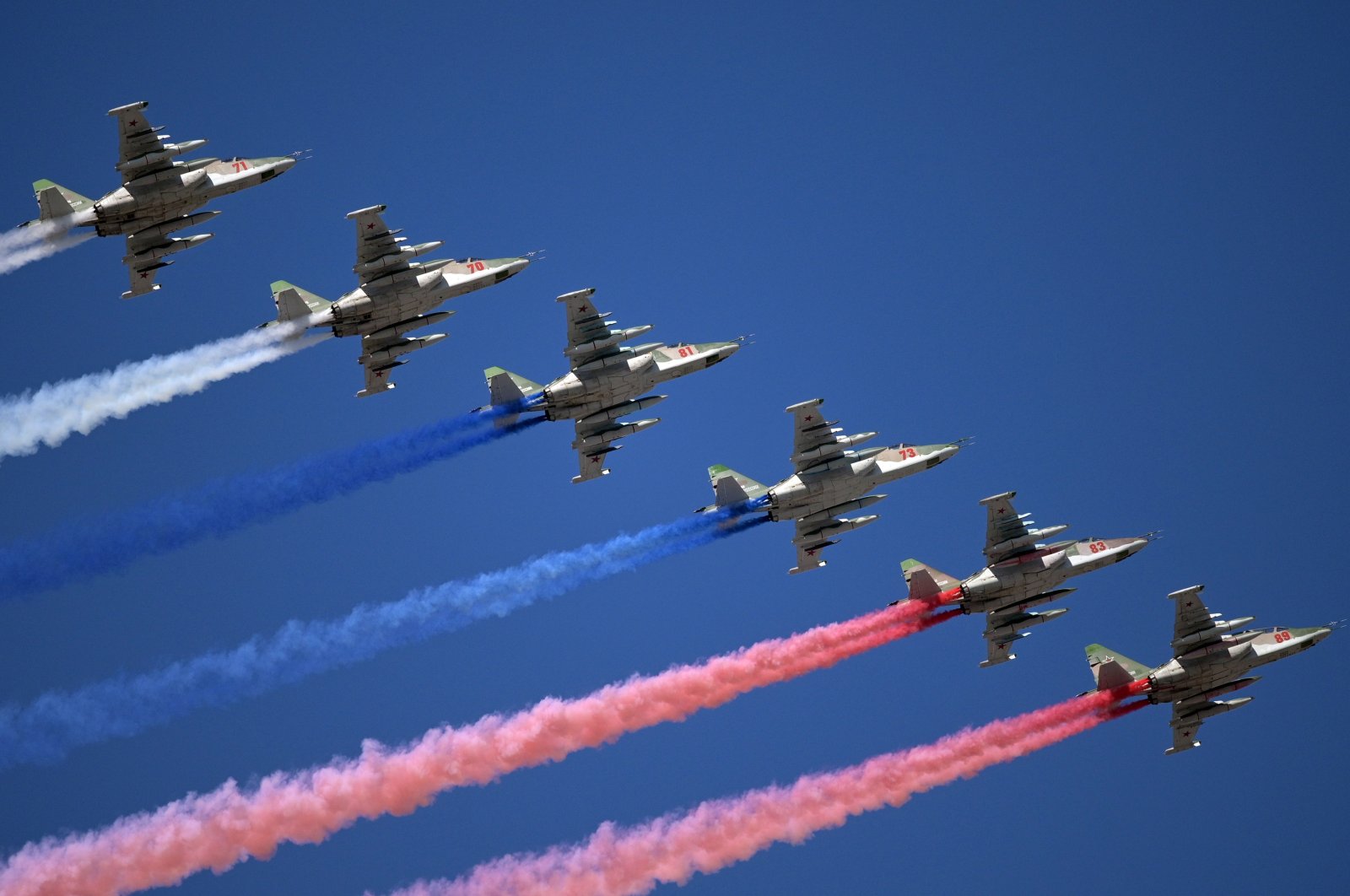 The Strategic Arms Reduction Treaty (START) and Open Skies Treaty have gone down in history as agreements that reduced the tensions of the Cold War, prevented military conflicts and contributed to international trust-building.

Yet former U.S. President Donald Trump's reassessment of pre-signed agreements under his national security strategy threatens global confidence and peace. The gates to a new era were opened when the U.S. withdrew from the Intermediate-Range Nuclear Forces (INF) Treaty, which was of great importance to international security.

Last but not least, the agreement to restrict nuclear proliferation globally, the New START, was thought to expire in February 2021.

With new areas of competition forming in the current state of global politics, the escalation of tensions does not allow the New START agreement to be extended. However, recently both new U.S. President Joe Biden and Russian President Vladimir Putin have reached an agreement and the treaty was extended until 2026, despite many dark spots.

Another important contribution to international peace is the Open Skies Treaty. This is the agreement that broke the "Iron Curtain" on airspace and ensured mutual trust. Negotiations began under the guidance of the Organization for Security and Co-operation in Europe (OSCE) in 1990. The treaty was signed in March 1992, in which 34 countries including Russia and Georgia, became parties.

As Trump withdrew from previous agreements in 2019, he accused Russia of violating the treaty. On May 21, 2020, Trump announced the U.S.' formal withdrawal from the treaty, which permits unarmed observation flights.

With the U.S. withdrawal, global arms control has once again started weakening. Well, why is the treaty seen as a peace-making agreement in the international arena?

Under the treaty, states have to open up their entire territory to observation flights. Flights cannot be refused, citing national security concerns, unless a situation endangers flight safety.

The main objective is to increase cooperation and provide an atmosphere of trust against the arms race. Therefore, the treaty has a positive effect on reducing the impact of miscalculations and misperceptions, which are major causes of conflicts and wars in international relations.

But the U.S. withdrawal diminishes this peace-making effect. This loss of mutual confidence will be most clearly felt beyond the U.S. borders.

The weakening of conventional arms control will cause serious conflict risks in Europe. Russia blocks flights across the border from Kaliningrad and Georgia and is not allowing major military exercises to be monitored. Some sources claim that Russia has deployed nuclear weapons capable of reaching Europe in areas where it does not allow flights, and this is also the reason for the U.S. withdrawal.

Washington claims that Russia has operated flights over critical infrastructure and military installations on U.S. soil, which officials believe could jeopardize its national security.

Washington is particularly focused on cybersecurity. The Tupolev Tu-204, which has advanced sensors that Russia wants to use in observation flights, has increased the U.S. perception of this threat and it has rejected all flights using that aircraft.

The published data shows that Russia attaches great importance to the Open Skies Treaty. Since the agreement's ratification, 1,517 flights have successfully taken place. Turkey has an annual quota of 12 assets and had made 111 successful observation flights by 2020 with its own CASA/IPTN CN-235 observation aircraft.

The value of the treaty dropped in the eyes of the United States and was seen as a threat to America’s security. The U.S., which considered that withdrawing from these agreements puts it in an advantageous position against Russia and China, is increasing its offensive capabilities against the two countries.

Of all these capabilities, the nuclear forces rank first. Especially nowadays, land-launched medium-range missiles and nuclear submarine capabilities are being developed.

Power transitions in the international system have significant effects on the transformation of U.S. policies.

Finally, the Trump administration withdrew from the treaty for its national interests. It also withdrew from a peace-making agreement on a global scale, in a move that contradicts its title and role as a superpower.

In response to the U.S. decision, Turkey, a member of the Open Skies Treaty and a country that cares about global peace, argued that the treaty is one of the main pillars of the Euro-Atlantic conventional security architecture in terms of control of conventional weapons.

The agreement is one of the few means of military-level communication between the U.S. and Russia. This is important because, after the 2014 Ukraine conflict, the military communications of both sides began to decline considerably.

Currently, the U.S. already collects intelligence via satellites; however, the importance of this agreement is that it is a trust-building tool rather than a key source of information. This is because military dialogue lies at the heart of the Open Skies Treaty.

Observation flights are mostly carried out by the military of two countries using a single aircraft. There are few military personnel from both countries involved. But this communication avoids military misunderstandings and is important for a personnel-based dialogue.

Diplomats say diplomacy over photographs taken under the Open Skies Treaty is made much easier than those taken in secret and cannot be declared as fake or unreliable.

According to flight data, most of the observation missions take place between European countries, Russia and Belarus because of geopolitical circumstances. The U.S. presence in the deal settled security concerns of states such as Ukraine and Georgia, which perceive Russia as a threat.

These countries are expected to experience a crisis of confidence after the U.S. withdraws.

A signal to the U.S.

On Jan. 15, 2021, Russia announced its withdrawal from the treaty. Moscow may be sending a signal to the U.S. to negotiate important treaties like the New START.

The White House said on Jan. 21 that Biden will seek a five-year extension to the New START arms control treaty with Russia, in one of the first major foreign policy decisions of the new administration ahead of the treaty's expiration in early February.

However, the U.S. said that it will always take precautions against adversarial actions from Russia. This indicates that the treaty is an attempt by the two nuclear powers to balance their nuclear capabilities.

Indeed, Biden also backs the treaty, which indicates that the U.S. may rejoin it. Despite this, Moscow has started the formal process to withdraw from the treaty.

Since there is always the possibility of a conflict at the European-Russian border, it is the most rational decision for the parties to maintain the treaty as it provides for arms control in the international arena and helps build peace and confidence.

*Editor at A News International in Istanbul. MA student in War Studies at the Turkish National Defense University