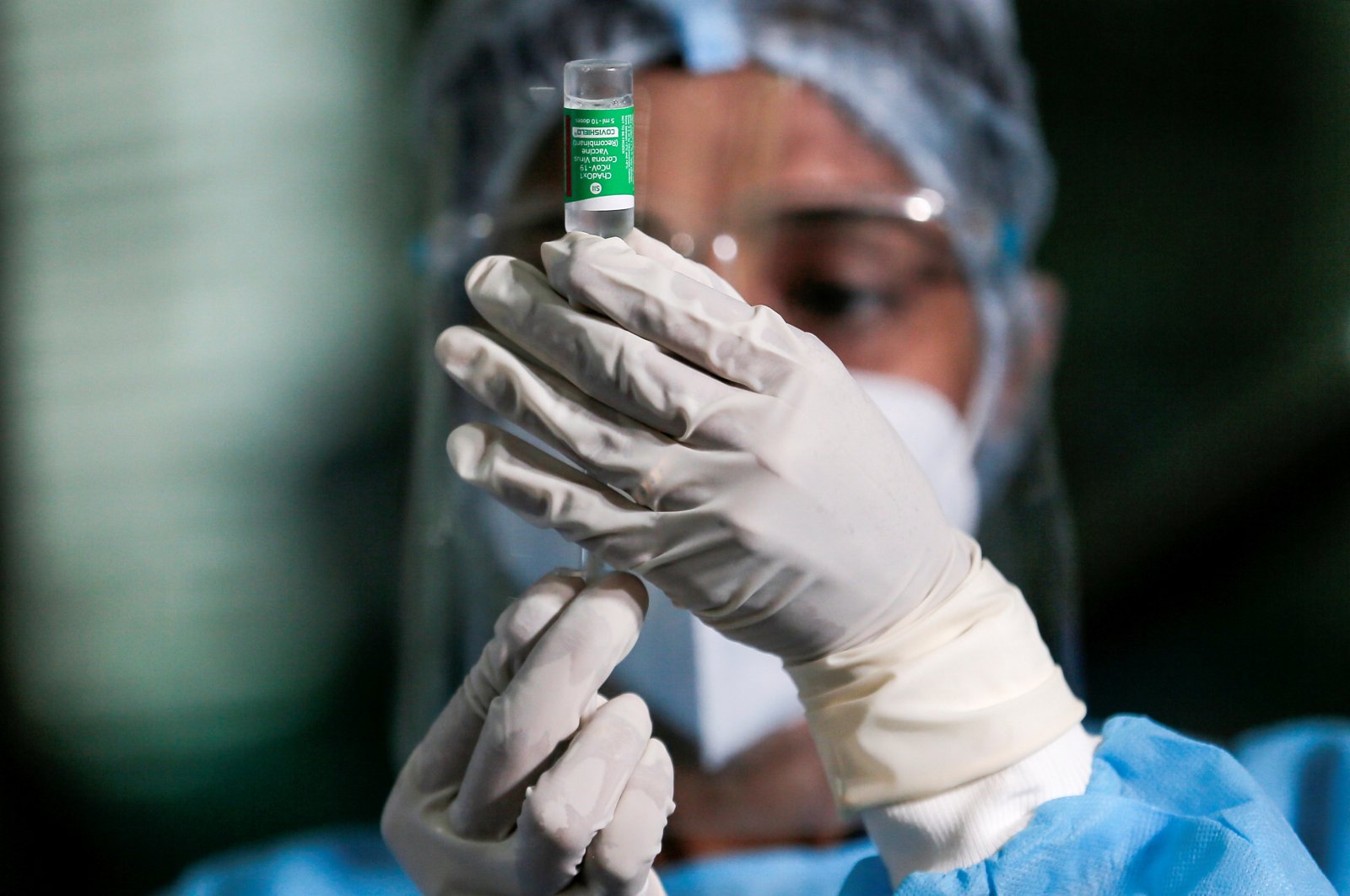 Pandemics usually expose the weaknesses in every society and widen the persistent inequality in every country. The unprecedented coronavirus pandemic has spread to almost every continent, infecting millions, respecting no national borders and discriminating against the most vulnerable.

Nine out of 10 people in poor countries are unlikely to receive a COVID-19 vaccine this year as the world’s richest nations snap up a majority of the shots, according to the People’s Vaccine Alliance, a network including Amnesty International, Global Justice Now and Oxfam organizations.

Major vaccine developers including AstraZeneca, BioNTech/Pfizer and Moderna estimated that they could produce up to 5.3 billion doses of their vaccinations in 2021, while current tests indicate that these require two separate doses to be considered effective and that the total amount produced could be enough for about one-third of the world’s 7.6 billion people.

Since the pandemic broke out, many wealthy nations have rushed to buy up their share, triggering accusations of blocking access and ignoring the needs of poorer countries that can’t afford to do the same.

The rich nations, representing just 14% of the world’s population, have reportedly bought about 53% of all the most promising vaccines so far, giving wealthier nations the capacity to vaccinate their entire populations three times over.

According to Duke Global Health Innovation Center, "current models predict that there will not be enough vaccines to cover the world's population until 2023 or 2024."

Besides, Oxfam’s Health Policy Manager Anna Marriott said that "unless something changes dramatically, billions of people around the world will not receive a safe and effective vaccine for COVID-19 for years to come."

The upshot of Oxfam's latest report “The Inequality Virus" was released as the World Economic Forum's (WEF) Davos Agenda meetings kicked off last week under the theme, “A Crucial Year to Rebuild Trust,” and it highlights how the coronavirus crisis has exacerbated inequality and deepened poverty around the world.

The wealth of the world’s billionaires rose $3.9 trillion between March and December 2020 to reach $11.95 trillion, which Oxfam says is equivalent to what G-20 governments have spent in response to the pandemic.

“We stand to witness the greatest rise in inequality since records began,” Gabriela Bucher, executive director of Oxfam International, said in a statement as the Oxfam called for higher wealth taxes and stronger protections for workers.

“Rigged economies are funneling wealth to a rich elite who are riding out the pandemic in luxury, while those on the frontline of the pandemic – shop assistants, healthcare workers, and market vendors – are struggling to pay the bills.”

COVID-19 has unleashed an economic storm that hit the poor and vulnerable hardest, with women and marginalized workers facing the worst of job losses and the World Bank warning more than 100 million people could be pushed into extreme poverty.

That sum would be enough to prevent anyone from falling into poverty as a result of the pandemic and pay for a vaccine for everyone on earth, researchers calculated.

The pandemic marks a “pivotal” point that has exposed economic disparities and built support for “transformative” policies, Oxfam said.

A temporary tax on excess profits made by the 32 global corporations that have profited the most during the pandemic could have raised $104 billion in 2020, Oxfam said.

International cooperation would be key to implementing many changes, said Jayati Ghosh, an economics professor at the University of Massachusetts Amherst, who was among the economists polled by Oxfam for the report.

The pandemic had ushered in the worst job crisis in more than 90 years, with hundreds of millions of people now underemployed or out of work.

Globally, women are overrepresented in the sectors of the economy that have been hardest hit by the pandemic.

The report said if women were represented at the same rate as men in those sectors, 112 million women would no longer be at high risk of losing their incomes or jobs.

International bodies including the International Monetary Fund (IMF), the World Bank and the Organisation for Economic Cooperation and Development (OECD) also fear the pandemic will further exacerbate inequality.

According to the World Bank, 501 million more people will be living on less than $5.50 a day in 2030 if governments allow inequality to increase by just 2 percentage points annually, and the total number of people living in poverty will be higher than it was before the virus hit.

But if governments choose to act to reduce inequality by 2 percentage points annually, it estimates we could return to pre-crisis levels of poverty within three years, and 860 million fewer people will be living in poverty by 2030 than if it were left to increase.

The world’s richest recouped their coronavirus-linked losses in a matter of months while many more are expected to take over a decade to make an economic recovery, according to Oxfam’s new report.

The world’s 1,000 richest individuals saw their wealth return to pre-pandemic levels in just nine months, according to Oxfam’s report backed by a strong stock market rebound despite a continued recession in the real economy.

Poverty-stricken areas have also suffered disproportionately in terms of infection and mortality rates in countries like France, India and Spain. In the case of England, the poorest regions saw mortality rates double compared with the richest areas.

When will it end?

Amid this harsh pandemic, an ambitious international scheme called Covax was launched in April 2020 by the World Health Organization (WHO), the Global Vaccine Alliance and the Coalition for Epidemic Preparedness Innovations and aims to make sure vaccines are shared fairly among all nations, rich and poor.

Covax works toward the development, purchase and delivery of vaccines to more than 180 countries, and the scheme is expected to start distributing vaccines in February, with poor and middle-income countries receiving the lion's share.

Covax hopes that, by the end of 2021, more than 2 billion doses will have been delivered to countries across the world.

Of those, about 1.8 billion will be delivered to the 92 poorer countries involved in the scheme, covering around 20% of their populations.

However, there has been criticism that Covax is not responding quickly enough.

The WHO has suggested that stopping the coronavirus will require at least 70% of the global population to have immunity, and at a rate of 2 billion doses per year, it could take years to vaccinate 70% of the world's estimated 7.8 billion people.

However, 2 billion doses would give some protection to those who are first in line, such as health workers, the elderly and the vulnerable.

The pandemic has destroyed livelihoods, shut down entire countries and claimed the lives of more than 2.1 million people worldwide.

It is unlikely that life will return to normal until the vast majority of the global population is protected against the virus.

Vaccines, health experts say, are the solution, but they must be shared so countries can coordinate to end the pandemic together.

Yet even when the disease passes, the whole human community will live with its effects for years to come, although each one of us will pay a vastly different cost.