Protests overshadow US' battle with COVID-19 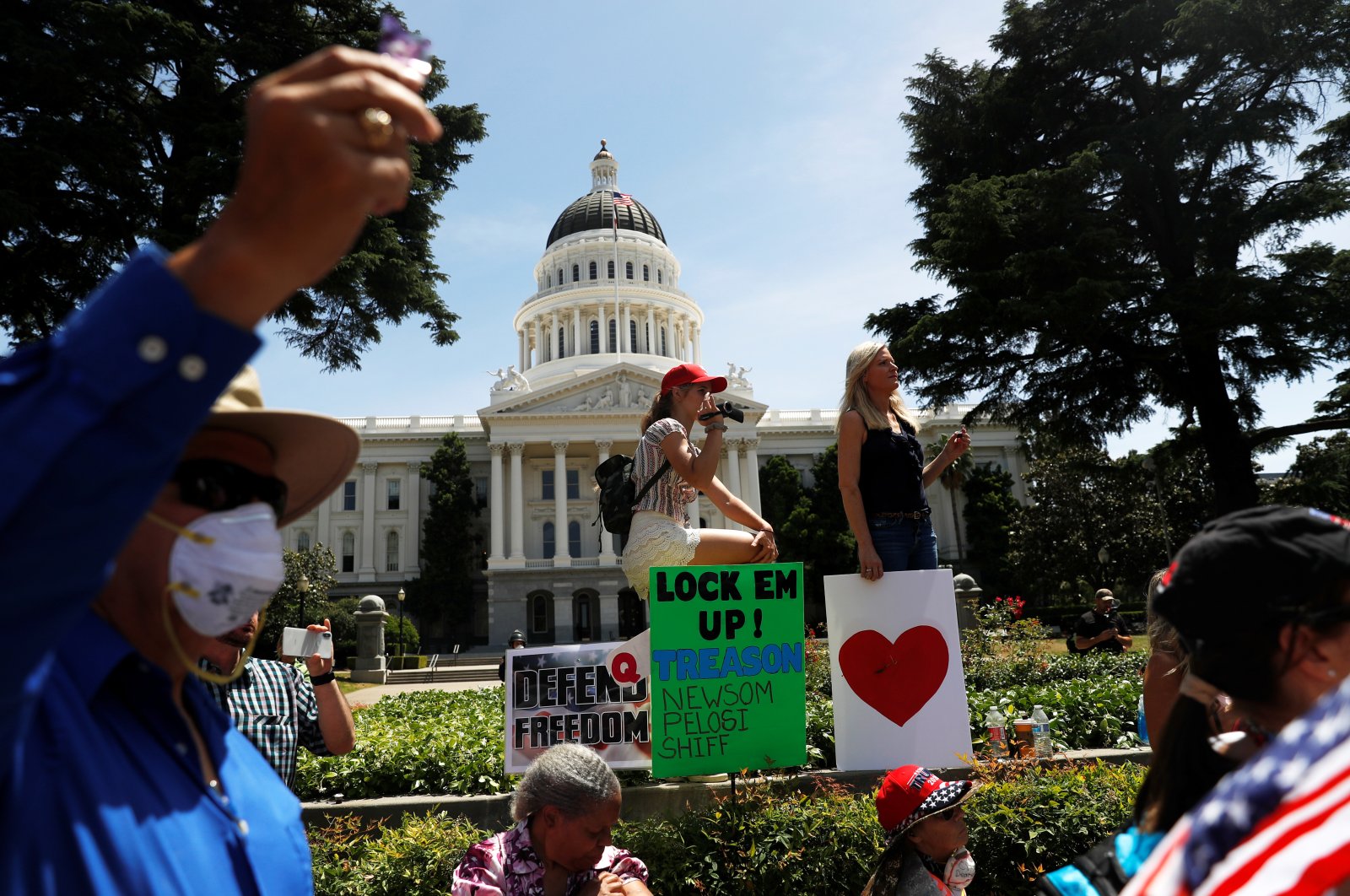 Demonstrators rally during a protest calling for the reopening of California amid the coronavirus outbreak outside the California State Capitol building in Sacramento, California, U.S., May 7, 2020. (Reuters Photo)
by Ali Çınar May 12, 2020 12:05 am
RECOMMENDED

Nearly three weeks have passed since some groups in the 26 states of the U.S. started protesting against the stay-at-home orders. Some of them are large-scale protests, such as the ones in Washington, with 2,500 people, while others are on a smaller scale, such as those in Texas with 300 people. Neither the groups that tied up traffic while protesting the governor because of his decision to shut down the beaches in California nor the groups of people in Alabama who have been protesting in front of the state building with their children have affected the U.S. agenda yet.

In New York, the center of the pandemic, protests are prohibited. The mayor of New York has stated that protesting in the streets is prohibited and that there are other ways through which people can show their reactions without meeting up.

However, Michigan has become the center of attention during these protests. Hundreds of protesters were peacefully staging a protest outside the state capitol building at first, and then they suddenly rallied in the state capitol building to protest. The presence of armed men among these protesters further showed the severity of the situation. State Sen. Dayna Polehanki tweeted, "Directly above us, there are armed protesters. Some of my colleagues who own bulletproof vests are wearing them." This tweet put its mark on history as the representatives who were elected by their people in American democracy had to wear bulletproof vests to protect themselves from their own people. The weird thing is that you are allowed to enter a state institution with your gun according to the laws in Michigan, which means that an average of 39,000 people is likely to die from armed attacks each year.

In fact, Michigan triggered protests all around the U.S. Protesters demanding the reopening of the economy on April 15 held a demonstration under the title "Operation Gridlock."

The main reason for the armed protest was the request to extend the date of the stay-at-home order by Michigan's Gov. Gretchen Whitmer. However, ignoring the reactions, the governor announced that the quarantine measures would continue until May 28. The governor might be right from her point of view because Michigan ranks seventh in the list of states for the most COVID-19 cases in the U.S., with 44,000 confirmed cases and 4,500 deaths.

Actually, the U.S. has also become politicized in terms of the COVID-19 pandemic. There have been arguments between President Donald Trump and the Democratic governors about many issues for more than a month. For example, reacting to the extraordinary precautions taken by Whitmer, Trump tweeted, “Liberate Michigan.”

The Republicans in the state legislature are trying to restrict Whitmer’s authority and cancel the extension of the stay-at-home order. Therefore, many states that struggle with COVID-19 are also witnessing the rivalry between representatives of two different political parties.

They have close relations with Trump. They stand out as extreme right-wing groups. They believe nothing will happen to them, so they mind their own business. They do not comply with social distance rules, and they do not wear masks.

The president of the Michigan Conservative Coalition, Meshawn Maddock, who organized these protests, is a board member of the National Advisory Board of Women for Trump and the co-founder of Michigan Trump Republican Group. So, it is important to see the protesters’ starting point and motivations. As a matter of fact, some extreme protesters call for the key name in the White House's COVID-19 task force, Dr. Anthony Fauci, to be fired, claiming that he has been faking the number of deaths.

The process of returning to normal life has begun in 43 states in the U.S., where unemployment exceeds 33.5 million; there has been a 4.8% economic contraction in the last three months, and many companies are still continuing dismissals. However, when we look at the economic data, we see that many businesses, including small and large-scale ones, are still not able to see ahead. The financial recession process caused by the pandemic has also ended the longest period of economic expansion in American history. Trump has predicted "incredibly strong" fourth-quarter growth as the United States faces its first downturn in years.

I think, even though we no longer see much news about protests, it seems that the discussions about returning to normal will continue, armed or unarmed, in some big metropolises.

Combatting the coronavirus without politicization is extremely important because polarization will not benefit anyone.