South Caucasus: Another win for Russian-Turkish cooperation, another failure for West 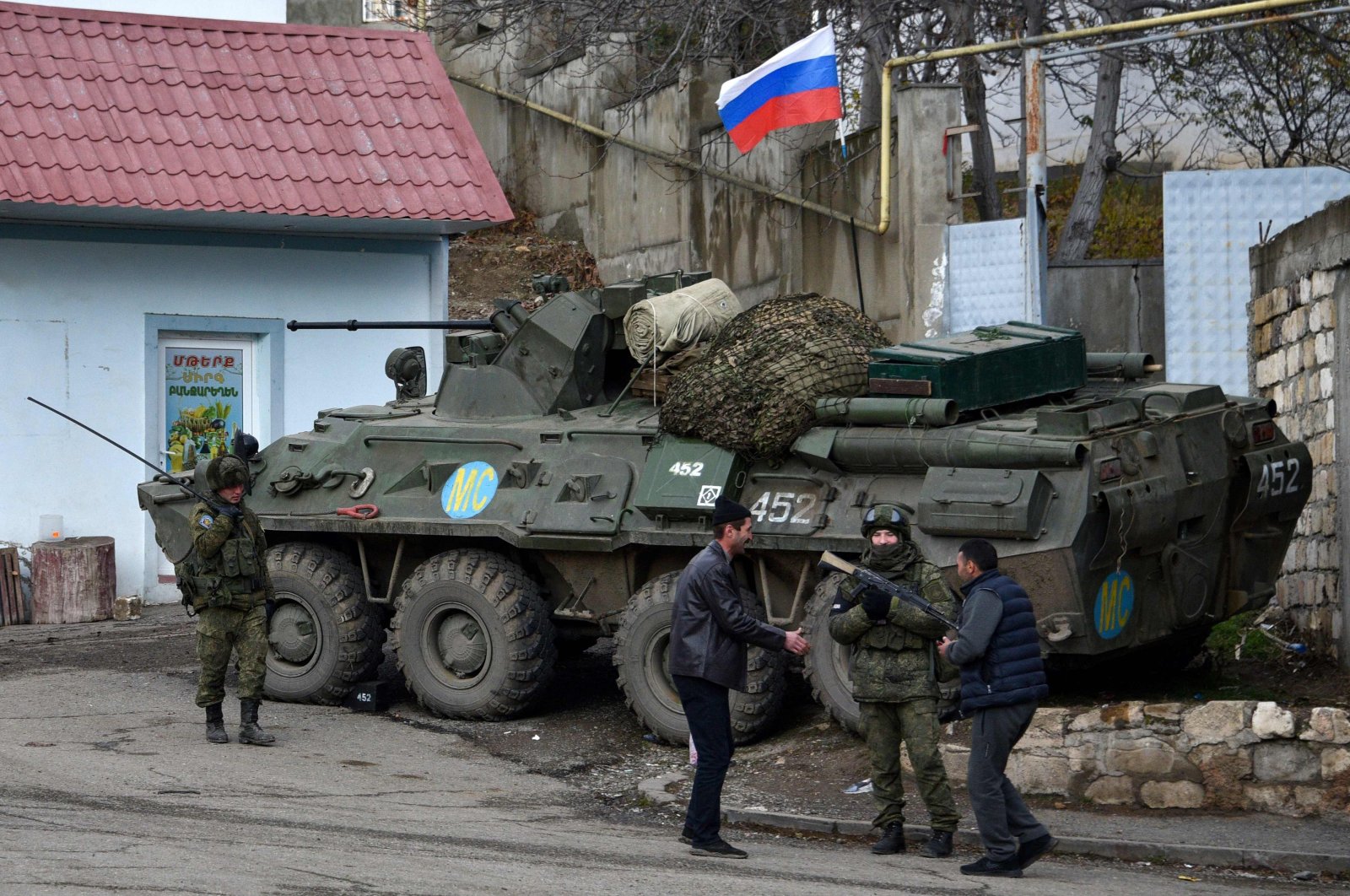 Russian Foreign Minister Sergey Lavrov said France and the United States are suffering from "wounded pride" against the background of Moscow's role in the Nagorno-Karabakh cease-fire deal between Armenia and Azerbaijan. Paris' request to Moscow to clarify the "ambiguity" regarding the cease-fire agreement and Turkey's role in this agreement reveals the French dissatisfaction with its own marginalization.

In this renewed crisis, France appeared to be a toothless tiger, playing no decisive role in the region. It only has an extremely limited diplomatic range to apply any pressure. Neither the European Union nor Paris was able to stop the battles between the Armenians and Azerbaijanis.

French President Emmanuel Macron, in his capacity as co-chair of the Organization for Security and Co-operation in Europe (OSCE) Minsk Group, tried to exploit the Nagorno-Karabakh crisis and take the lead to assert himself as a true leader of all Europe.

It cannot be denied that the tripartite agreement between Armenia, Azerbaijan and Russia in Karabakh was a shock to the West in general, especially Paris. Everyone was confident that Russia and Turkey would face off in the South Caucasus, but, instead, the opposite happened.

Moscow and Ankara prevented the participation of Western parties that are outsiders to the region. Tense statements continued between Russia and the U.S., and verbal escalations also carried on between Macron and President Recep Tayyip Erdoğan on multiple aspects.

In addition, no one should forget the difficult situation inside France, especially regarding the yellow vest movement, recent protests against a new media law and Macron's statements related to Islam.

The second Karabakh war revealed, among many other things, the importance of cooperation and coordination between Turkey and Russia, which we had already seen in Syria. Many attempts have been made to repeat it in Libya. Turkey's position on the South Caucasus conflict, however, differs greatly from that of Washington and Paris, who call for freezing the conflict without resolving it and this matter is not new, as Turkey has never been an instant player in the Caucasus region.

Ankara declares its position clearly, fully standing by its "brother" Azerbaijan, in order to regain its occupied lands, unlike the rest of the parties that declare their neutrality in this conflict while supporting this or that party from behind the curtain.

In a remarkable statement, Russian President Vladimir Putin said Turkey has never hidden that it supports Azerbaijan in Karabakh.

A 1988 CIA report titled, "Unrest in the Caucasus and the Challenge of the Nationalists," declassified in 1999, said Turkey's pro-Azerbaijani approach worried the White House and was seen to lead to a conflict between NATO and Russia.

Washington's tendency toward Armenia stems largely from its desire to pressure Turkey, not related to Armenian-Turkish relations as much as to American-Turkish disputes in the Middle East, which were exacerbated after 2013 in the Syrian wars, through the support of the administration of former President Barack Obama for the YPG, the Syrian extension of the PKK, which is classified as a terrorist organization by NATO, the European Union and the U.S. This move by Washington threatened the interests of a NATO member state. Later, Turkish-U.S. relations were further strained by the issue of extradition of U.S.-based Gülenist Terror Group (FETÖ) Fetullah Gülen, who masterminded the July 15 coup attempt in Turkey. Armenia's cooperation with Russia and Iran, in the meantime, has been seen as a serious challenge to U.S. position in the Caucasus.

It is also difficult to view the French diplomatic move on the Caucasus conflict only as a product of the influence of the Armenian lobby in France, especially when we notice that Macron opposes Ankara and sides with Athens in the Mediterranean and on the complex Cyprus issue. We see the same opposition to Turkey in the confrontation in Libya and through Paris' support for separatist terrorism in Syria, which threatens the territorial integrity of the country and also poses a threat to Turkey and other countries, including Russia in the southern and northern Caucasus.

The second Karabakh war also revealed serious problems in the Western alliance. In fact, today we cannot talk about one Western position, not only on the South Caucasus but on the issue of Western sanctions against Russia and Libya. At the same time, the media is still circulating the statements Macron made about the clinical death of NATO, which elicited a strong response, whether from Erdoğan or U.S. President Donald Trump, who considered France the country most in need of NATO.

Russia managed to stop the second Karabakh war after its mediation in the signing of an agreement that is seen today as a historic agreement between Armenia and Azerbaijan, in coordination with Turkey, bearing in mind that the files related to Armenia are an important red line in Ankara's agenda.

Putin’s speedy action and his direct role in organizing talks between Armenians and Azerbaijanis were crucial and his mediation led to the deployment of Russian peacekeepers with the participation of Turkey in monitoring the cease-fire.

Macron discussed with Putin during a phone call on Nov. 7 the continuation of large-scale battles between Baku and Yerevan, and they reached a mutual commitment to continue mediation and coordination efforts between Russia and France. Macron was shocked to learn just three days after his phone call with Putin, Russian peacekeepers were present in Karabakh.

Macron suffered a second shock in another phone call with Putin six days after the cease-fire agreement, in which the Kremlin announced in an official statement that the phone call took place because "Russia and France are co-chairs of the Minsk Group."

Lastly, remember the headline issued by the French media late last June, announcing "a heavy defeat" for Macron in the local elections and know that the French president today is between internal defeats and external setbacks, without forgetting the fact that Macron’s external setbacks harm all of France.