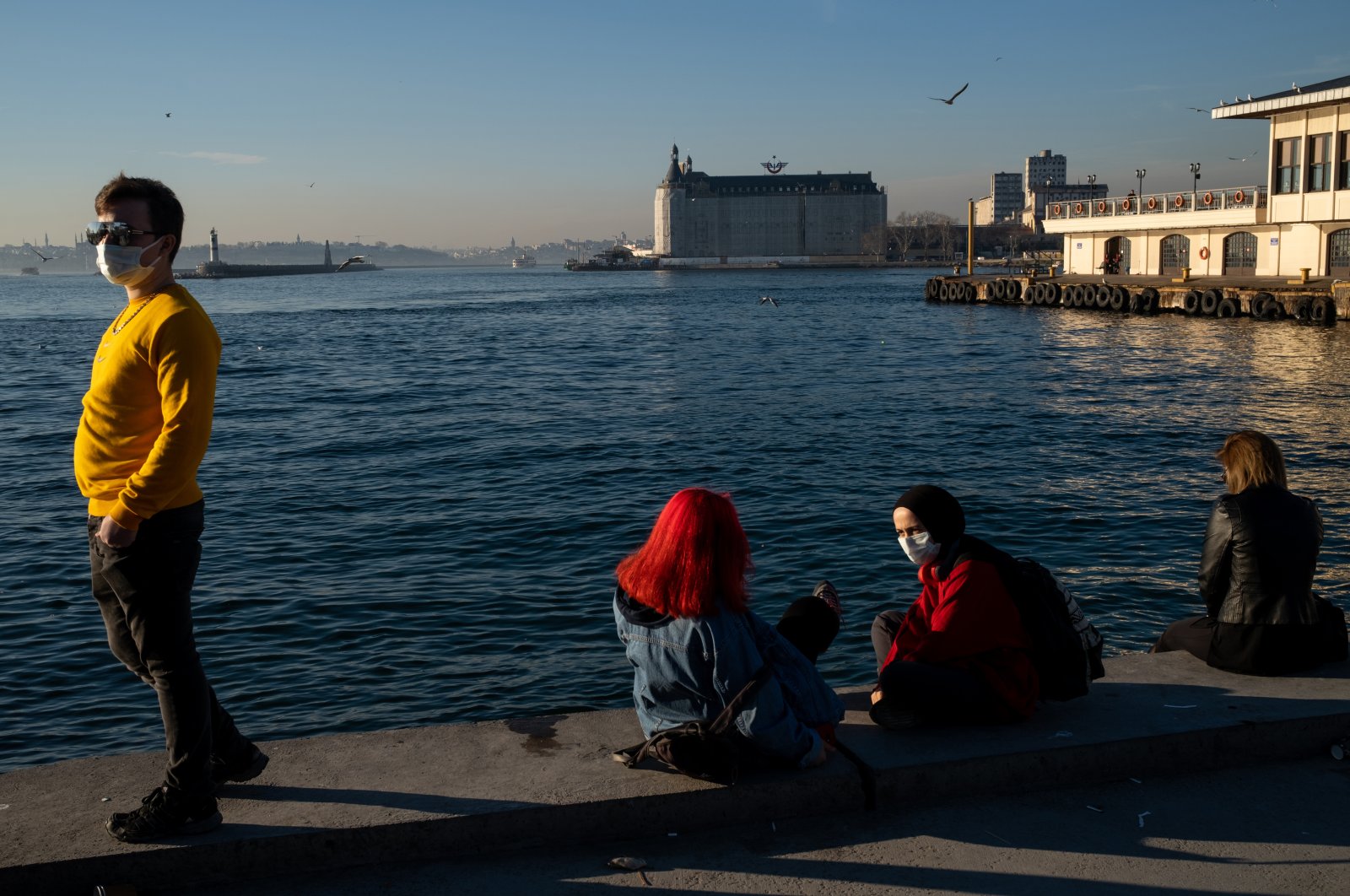 Not long ago, President Recep Tayyip Erdoğan announced that the Turkish government was planning to carry out a series of reforms. Erdoğan described the reforms as dynamic, explaining that they were prepared in line with the country's social realities and he has now expressed that "it is time to draft a new constitution."

Given that the current Turkish Constitution bears traces of past coups, it requires a complete overhaul, the president says. But, does the country really need a new constitution?

In his book “Ulysses and the Sirens: Studies In Rationality And Irrationality,” prominent constitutional theorist Jon Elster explains, through Homer’s famous legend of Ulysses (Odysseus in the Greek variant) in ancient Greek mythology, why governments need to restrain themselves.

In Homer's epic poem, mermaids or "sirens" tempt sailors with their alluring song before devouring them.

Ulysses, the protagonist of the epic, orders his sailors to tie him firmly to the ship’s mast and fills the ears of his oarsman with candle wax to block out the siren's enticing calls luring the sailors to them and leading them astray.

Elster’s comparison of the restraint of power the protagonist Ulysses employs against political realities has been reinterpreted by other authors since.

In a later book, Elster revises his previous views, claiming that constituent powers emerge to tie others, not themselves, to the mast.

Through his comparison of the two, he shows that the process of creating a constitution is akin to the story of Ulysses.

The parallels between the process of establishing a new constitution and Ulysses' dangerous voyage are clear, and governments considering embarking on this journey must be willing to restrain themselves and be tied down to the mast if they are to drown out the sirens' calls and avoid becoming intoxicated by power.

However, a balance can be struck and controls can be put in place to prevent political intoxication and corruption.

British liberal historian and moralist John Emerich Edward Dalberg Acton’s maxim that “power tends to corrupt, and absolute power corrupts absolutely” has been exemplified by an array of political powers across the world.

From the late Ottoman Empire to the present day, constitutional developments have played a significant role in the construction of constitutional institutions in Turkey.

For instance, former President Celal Bayar explains in his constitutional thesis that paying attention to the inclinations of the people will always lead to the right decision, regardless of their political or social alignment, and therefore he rejects any constitutional institution that represents an obstacle to the popular will.

According to Bayar, elitists from the army and madrassas were influential in enthroning several Ottoman sultans during the final decades of the empire before Mustafa Kemal Atatürk, the founder of the modern Republic of Turkey, replaced the system through his implementation of the 1924 Constitution that removed the influence of the military and intellectuals in the state, instead giving priority to the public will.

Sıddık Sami Onar, the Turkish academic who specialized in administrative law and championed the May 27, 1960, coup d'etat, once said, “This revolution is a reintervention of traditional military and intellectual cooperation in law-making or in the power of the absolute majority.”

As a result, the 1961 Constitution reflected Onar's field of specialization and introduced new institutions including the Constitutional Court which was established to bridge the gap between the state and the national will.

In other words, it is crucial to take into consideration the political circumstances during the process of actualizing constitutions in which these institutions are established, such as the Turkish Constitutional Court.

In particular, the political origins of constitutional institutions in Turkey should be examined through the “hegemonic preservation” thesis by Canadian political scientist Ran Hirschl and the “center‐periphery relationship" thesis put forward by Turkey's late prominent sociologist Şerif Mardin.

Finally, it is of vital importance to note the direction in which the center-periphery conflict evolved that lead to the 1980 coup and the subsequent 1982 Constitution.

The 1982 Constitution regulated the constitutional jurisdiction in a manner that overlooked the significance of human rights, the rule of law and the authority of the Constitution.

As Mardin underlined, just like in the Ottoman Empire, innovative movements throughout the Republican period were once again led by the elite. Therefore, avoiding the problems of the elite will help facilitate a smoother constitutionalization process for Turkey.

While it can be said that during the early Republican era, the elitists misused their authority over society, it can also be argued that their innovative constitutional reforms acted as a catalyst as the country made great progress in the development of its judiciary.

In the booklet prepared to mark the 55th anniversary of the establishment of the Turkish Constitutional Court, Zühtü Arslan, the head of the court, quoted famous philosopher Slavoj Zizek.

“A private who pretends to be mad to get out of the military service develops an obsession syndrome. He reads the pieces of paper he picks up and starts throwing them around, saying ‘not this,’ ‘not that.’ When they send him to a psychiatrist, he continues to do the same in the doctor’s office. The doctor makes his decision about the man, who examines all the papers on his desk, even those in the trash can, and continues to throw around them saying ‘not this,’ ‘not that.’ ‘He is not eligible to serve in the military,’ the doctor reports. The man takes the report, looks at it and says: ‘That’s it!’”

Arslan likened the anecdote to the new constitutional process, saying: “Based on this example, Zizek says that failure in the search process can bring the success that results from finding what is looked for. Accordingly, it is the searching process itself that produces the object being sought. We hope that we, as a country, will have a new constitution at the end of the search process.”

Arslan's anecdote is important in terms of the Turkish constitutionalization process and the country's further democratization.

The drafting of a new constitution is more of a difficult ordeal in nonhomogenous societies such as Turkey that suffer from social discrepancies. As a result, the tensions between constitutionalism and democracy are further stressed.

Turkey's issues with classical democracy are a direct result of the failures of the current Constitution. Many segments of society have been unable to embrace a constitution that is the result of a coup, and while the Constitution claims to interpret the "public sphere," it does so from its own official ideology.

This official ideology destroys the social contract set in place between the government and its people through its implementation of a "militant democracy" supported by the Constitutional Court.

Thanks to this flaw, the center-periphery conflict with the added secular-conservative conflict has created deep-rooted divisions in society.

Another aspect contributing to the widening gap between constitutionalism and democracy is the Political Parties Act, another product of the 1982 Constitution's official ideology.

The limited public activity granted to political parties by the very act is the problem here and is in itself a huge contradiction. In other words, the Constitution sees political parties as “an indispensable element of the democratic political life” while at the same time allows "imposing bans" on them.

There are two elements in this understanding of hegemonic protection.

First, judicial appointment processes are largely controlled by the political elite. Second, the jurisprudence of courts predictably reflects the cultural tendencies and political preferences of the aforementioned hegemonic elite.

Hirschl refers to the strengthening of the judiciary through constitutionalization as a product of the interaction between the following three groups:

In a nutshell, the more Turkey can balance its center-periphery reality, the better it will be for society. That's why the country needs a brand new constitution.