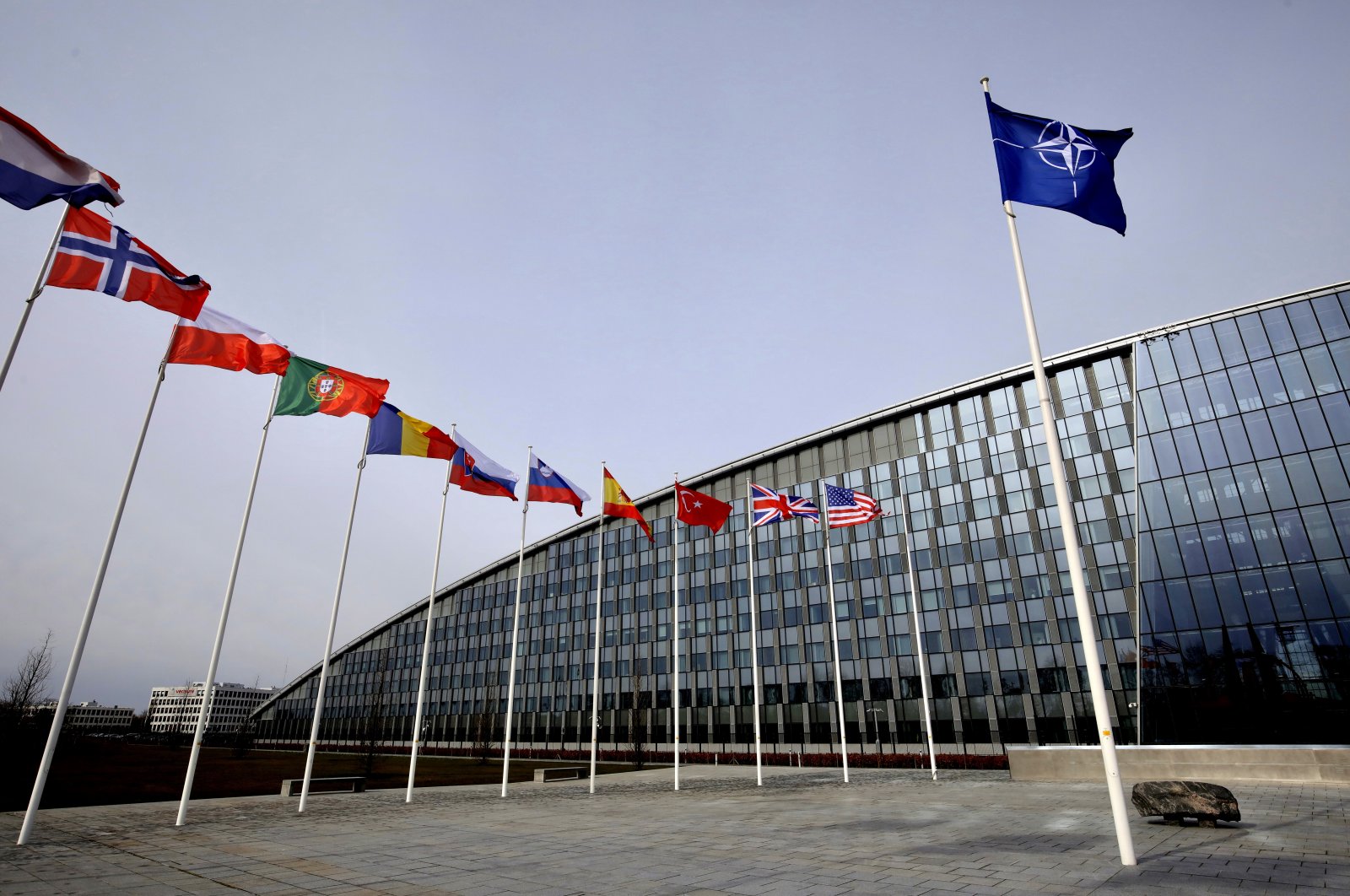 Since joining the alliance in 1952, Turkey has been a staunch NATO member that has decisively contributed to the materialization of the alliance’s interests. Both NATO and Turkey have been reaping benefits from this cooperation.

Changing security priorities and the geopolitical imaginations of members have caused serious spats within the alliance and Turkey is not the only ally that has done some soul-searching during this process.

NATO members now find it difficult, if not impossible, to be on the same page when it comes to certain key issues, such as the revival of Russian assertiveness in wider Europe, China's growing clout in international politics, enlargement of the alliance and American commitment to the liberal international order.

Since NATO adopted its latest security strategy in 2010, many things have changed in international politics. We are now fast moving to a post-liberal international order where not only the possibility of great power competition has increased, but also the rise of illiberal authoritarian powers in global politics have incrementally chipped away at the core principles of the rules-based order, of which NATO has acted as the chief custodian.

NATO now seems to be having a moment of reflection. Secretary-General Jens Stoltenberg has already commissioned a group of wise men to prepare a blueprint for the alliance to chart its way through the next decade.

The goal is to come up with a new strategic concept that better reflects the current realities of global politics and helps the allies maintain cohesion in the years ahead.

We are now living in a new world and this requires a serious recalibration of the benefits of NATO membership. Whether NATO serves as a force multiplier for Turkey or seriously constrains its quest for strategic autonomy deserves closer attention.

With the process of readapting the alliance to the emerging realities of the new world order now fully underway, Turkey and its NATO allies would do well if they focused on the points of mutual commonalities rather than lashing out at each other on conjectural points of friction.

Even though some allies deem Turkey’s recent international outlook as diverging from the West and accordingly treat Turkey as a potential geopolitical challenge to be managed, the big picture is that Turkey’s membership in NATO is beneficial for both Ankara and the Western capitals.

Let’s leave aside the points of friction for a while and focus on what Turkey and its allies could gain from closer cooperation within NATO.

Turkey benefits from its NATO membership. First, it is in Turkey's interest to be in NATO since the country's ability to deal with traditional threats to its territorial security certainly increases under NATO's nuclear umbrella and the "one for all, all for one" principle of NATO solidarity.

Second, NATO is the most important international organization in today's world tying Turkey to the West. Assuming that Turkey still defines itself as a western country, membership in NATO would offer the strongest confirmation in this regard.

The prospects of Turkey's membership in the EU are not so high and the westernization process Turkey has been pursuing for centuries indeed began as a security strategy. It was to ensure Turkey's territorial security by bringing Ankara closer to western capitals and securing western support against non-western security threats.

Third, Turkey's bargaining power vis-a-vis Russia, China and other non-western powers would certainly decrease should Turkey leave the alliance or experience acrimonious relations with its allies within NATO.

This point needs to be well understood by Turkey's rulers because neither Russia nor China is willing to admit Turkey into their geopolitical clubs. Both countries view Turkey from an instrumental perspective in that the more Turkey becomes part of intra-alliance crises and weakens NATO from within, the better for them.

Fourth, membership offers Turkey an immense opportunity to negotiate its priorities with allies within NATO's multilateral institutional setting. It is much better and cost-effective to talk to allies within NATO than to engage with them bilaterally.

No matter the issue, whether it be the Eastern Mediterranean, Aegean Sea, Cyprus, Libya, Syria, or the S-400s, NATO's mechanisms and platforms provide Turkey with credibility and the ability to make its voice heard more loudly.

The consensus-based decisionmaking process within the alliance enables Turkey to prevent some member states from pressuring it through NATO. Inside the alliance, Turkey could also play a role in shaping NATO's transformation agenda in its national interests.

From Turkey's perspective, the emerging world order should not be built on rigid ideological polarizations between rival blocks.

As a middle power, Turkey needs to maintain its ability to develop cordial economic and political relations with non-western global and regional powers.

Despite its shortcomings, Turkey is a liberal democratic country, yet it does not want a rigid ideological perspective to inform NATO's transformation agenda.

Fifth, Turkey's membership in NATO, alongside the EU accession process, does not only contribute to Turkey's hard power but also decisively shores up its soft power credentials. This is particularly valid in the wider Middle East and North Africa regions where many Muslim-majority states could potentially look to Turkey as a role model in their attempts to bring together religion and tradition with the requirements for sustainable modernization.

Just as Turkey derives immense benefits from NATO membership, the alliance in general, and the United States in particular, also benefit from Turkey's membership.

First, since it entered into the alliance, Turkey has played a key role in European security by shielding the continent from the east and the south.

Turkey does not only act as a buffer zone insulating Kantian Europe from the Hobbesian Middle East but also as a spearhead enabling NATO allies to reach out to the Caucasus, the Black Sea, Central Asia and the wider Middle East.

During the Cold War, Turkey acted as a bulwark against Soviet penetration into the wider Middle East and helped lessen Soviet military pressure on central Europe by tying up a sizable amount of Soviet troops. Turkey's role as an unsinkable aircraft carrier has been well noted.

Second, Turkey is the only ally within NATO that has a Muslim-majority population. Turkey's membership serves as an antidote to the claims that NATO is an alliance of Christian nations.

This has become more and more important in the post-9/11 era, as civilizational and identity-related considerations have increasingly colored international politics.

For NATO's military operations across the globe not to be seen as biased against Islamic nations, Turkey's presence within the alliance has been of vital importance.

Third, if the Biden administration in the U.S. is sincere about reviving rules-based international order and is committed to strengthening NATO as a bulwark against Russia and China, securing Turkey’s cooperation within NATO would be key. Turkey is too important an ally to lose to the Russian-Chinese axis.

Fourth, as Stoltenberg has underlined many times, Turkey's cooperation within NATO has been vital to the defeat of radical religious terrorism in the wider Middle East.

Besides, Turkey is home to millions of refugees who would otherwise go on to European countries.

Fifth, having the second-largest army within the alliance and having participated in almost all NATO military operations to date, Turkey has decisively contributed to NATO's overall military capabilities.

Sixth, Turkey's NATO membership provides western countries with important opportunities to influence the orientation of Turkey's international and internal policies. Why lose this by pushing Turkey further away from the alliance?

All in all, both Turkey and NATO allies benefit from Turkey’s membership. Unless NATO reveals itself to be an ideological weapon deployed by the liberal hawkish cabals in the West, Turkey will feel quite comfortable in the alliance.