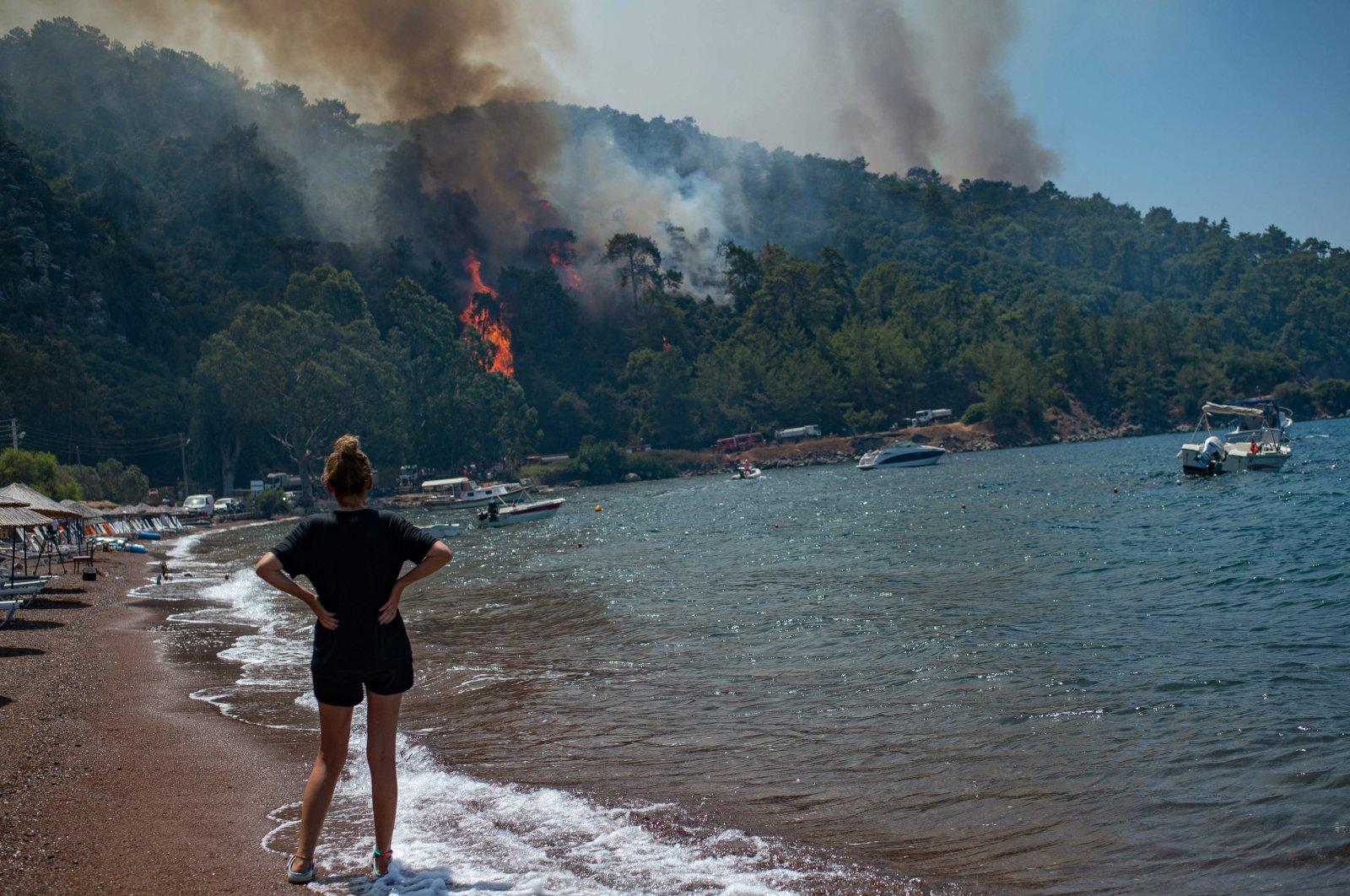 The Turkish tourism sector is fighting against all odds. Tourism is standing still despite wildfires and Britain's pointless COVID-19 red list

"My airline just canceled my flights to Turkey" and "No more flights to Turkey until March next year" – these are only a few of many comments made on British social media where would-be travelers are voicing their frustration about not making it to Turkey this summer season.

The reason? The U.K. government keeping Turkey on their so-called COVID-19 red list. The consequence? All non-essential travel was postponed, and to top it off, a mandatory quarantine was announced.

Fair enough – if a second homeowner travels to Turkey for, let us say, three months and then faces the prospect of a further 10-day enforced "home stay" upon returning, the picture does not look that grim.

The real trouble starts when airlines decide to change their flight schedule assuming that, because Turkey is listed as "red," no one would want to fly there. Hence the actual getting there has been made all but impossible – or at least much more expensive – journeying via third countries.

Granted, two Turkey-based airlines will always continue to offer their good services to the British public. However, as most potential travelers would have booked a package holiday or tickets with a U.K. budget airline, in many instances months ahead of their intended travels, changing everything last minute to a scheduled airline is out of (financial) reach for most of us.

Other countries acted much more logically, with Austria and Germany serving as two positive examples. Returning vacationers still face the threat of quarantine but everyone who has been vaccinated and has official proof thereof can enter without any hassle; flights take off and land as usual.

British Turkey-lovers now must ask themselves: Why Turkey? Is the risk of traveling there perhaps higher than visiting other holiday destinations? Or could it be that the usual anti-Turkey bias reigns supreme?

The former issue can easily be rectified by looking at the current receding COVID-19 infection rates. The latter would constitute a dramatic U-turn by the British government, as London previously was a staunch supporter of all bilateral relations. As a matter of fact, in a post-Brexit world, it was assumed that Turkey and Britain would become even closer allies and partners than they already were.

To make a point, taking a closer look at the state of affairs in the Turkish hospitality sector seems to be a good idea. Verdict? Cleanliness and hygiene are top priorities, and the sector has heavily invested in both a financial as well as human capital sense, respectively.

Hotels operate according to the strictest preventive measures and often display a 14-point list informing guests about what to do and what not to do. Tourists currently in the country feel extremely safe and perfectly looked after.

Regardless of being in a hotel room or eating out in a restaurant, entering a shopping mall or your local corner greengrocers: life during and soon after a pandemic has redefined how we approach the subject of social etiquette, personal hygiene and in general terms, how to treat fellow human beings with the utmost respect.

If we now add the overall quality and price-quality ratio of the Turkish tourism industry – which, by the way, had always been exemplary – a trip to Turkey even during the hopefully last phase of the COVID-19 pandemic is a wise decision.

Declaring the Republic of Turkey a no-go zone is first of all not based on sound scientific judgment and second, comes across as unjustified singling out one particular nation as the bad boy. We shall leave this topic for the moment and approach a further obstacle in Turkey enjoying another stellar incoming tourist season.

As the world watched in shock, Turkey was hit by a series of catastrophic wildfires. Whilst the search for the origin continues – was it really climate change or are there perhaps perpetrators who deliberately started at least some of the fires – the dramatic outcome is already clearly visible.

Millions of trees burned to the ground, wildlife was put at risk, homes were destroyed, people lost their fixed abodes; even more sad, some citizens have lost their lives. The government both nationally and locally is helping as quickly and as efficiently as it can, but the reforestation alone will take decades.

Today it was announced that almost all fires have now been extinguished but not only the above-mentioned reforestation presents a colossal task; TRT World reported Tuesday morning that Turkey’s pine honey industry has been heavily affected. Turkey produces 90% of the world’s pine honey, with 80% of it being produced in the southwestern province of Muğla alone. Here, 60% of that production is now at least temporarily wiped out. A total of 7,000 people in the province normally make a living with or connected to that industry.

Pictures of raging wildfires do most naturally leave an impression on potential holidaymakers. Shall we cancel, shall we postpone, shall we go elsewhere? And those already in the country certainly got worried about whether their very own resort or neighborhood might be at risk from the approaching flames.

But most foreign tour operators did not suggest their customers should think twice about where to go on holidays and as we know, now their hesitation in overreacting was exactly what was required to save the situation.

No one would deny that images of burned landscapes will negatively impact how a country is perceived overseas; no one can either deny that stories about evacuated hotels and traumatized tourists would not lead to concerns about whether Turkey is the best place to visit.

But as we witnessing in other parts of the world, such as in nearby Greece, wildfires and climate change is affecting everyone and should not be used to unfairly label an entire nation as being unfit for visitors.

The Turkish people are used to unfair criticism, it is unfortunately nothing new. Hence it does not come as a surprise that faced by a natural disaster paired with unfair "red-listing," determination to fight back only increases.

The tourism industry will make certain that all current and future guests are treated like royalty. Sites and attractions will welcome visitors with even more meticulous attention to detail than usual; staff at hotels and restaurants as well as coach drivers and shop owners will pull out all the stops to represent Turkey, the brand. And that brand stands for quality with a smile and, above all else, honesty in the sector.

But perhaps, most importantly, the Turkish people will not retaliate so to speak. Cynics might suggest stopping being polite to British tourists as their government does not appreciate us. But the proud Turkish people are no cynics.

Whether you are British, European or from any of the four corners of our shared planet – everyone is welcome. Regardless of some governments playing the red list game.