What does the Al-Ula summit mean for Turkey? 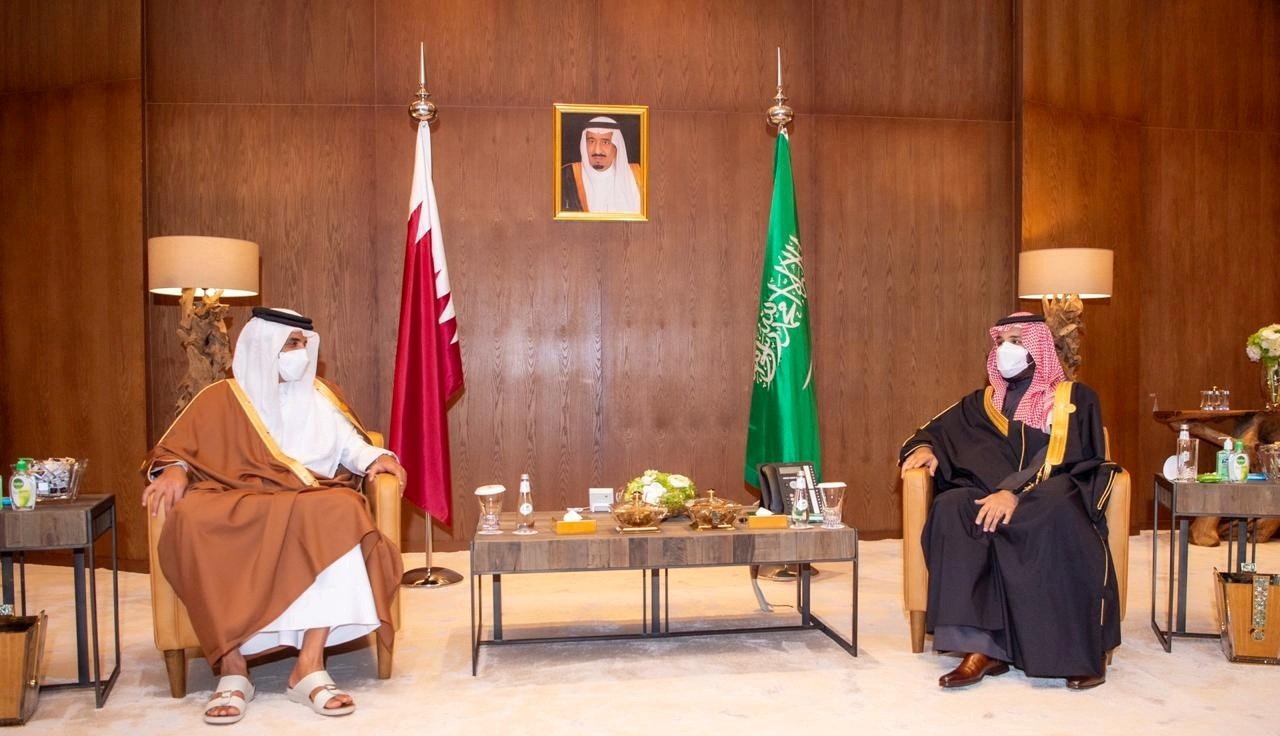 This month’s Gulf Cooperation Council (GCC) summit in Saudi Arabia’s heritage site, Al-Ula, led to a lifting of the blockade on Qatar 43 months after Saudi Arabia, the United Arab Emirates (UAE), Bahrain and Egypt initially imposed it. The “solidarity and stability” agreement marked major progress in efforts to resolve the Gulf dispute during the final weeks of Donald Trump’s U.S. presidency. From many governments’ perspectives, the Al-Ula summit produced a positive outcome.

One of the countries that has the most to gain from Saudi-Qatari reconciliation is Turkey. This historic Gulf Arab summit gave Ankara a sense of vindication. At the earliest stages of the GCC dispute, which erupted on June 5, 2017, Turkey made its stance clear. The siege of Qatar was, in President Recep Tayyip Erdoğan’s words, an “un-Islamic” act that constituted a major injustice. The view in Ankara was that the blockading states had created a fabricated crisis at a time when the Middle East did not need one. As such, Ankara stood by Qatar resolutely, helping Doha weather the blockade for the past 3.5 years.

“Since day one of the GCC crisis, Turkey has been Qatar’s anchor and de facto security guarantor,” TRT World’s Yusuf Erim said. "The relationship has further blossomed over the years" and Ankara’s support for Doha via the Tariq bin Ziyad military base enabled Qatar "to carry out an independent foreign policy during the crisis and now return to the GCC family stronger than before," he said.

There is no denying that along with the U.S. military presence at al-Udeid, the joint Turkish-Qatari military base in Qatar served, at least to some extent, as a credible deterrent against any state actor taking military action against Doha. The GCC crisis helped Turkey demonstrate to the wider Arab Muslim world that it is a power capable of swaying the outcome of crises and disputes in the Arab region, also exemplified by the losses that Libya’s renegade general, Khalifa Haftar, suffered in 2019 and 2020 as a result of Turkey’s intensified military intervention in the North African country’s conflict.

Doha did not have to meet any of the 13 demands set forth by the anti-Qatar Quartet in 2017, which included the closure of the Tariq bin Ziyad military base. Qatar only had to commit to freezing legal action against the blockading states, which makes it difficult to disagree that the conclusion that this month’s Gulf Arab reconciliation accord was signed on terms that strongly favor Qatar. Ultimately, the outcome of the Al-Ula summit validated Turkey’s position that Qatar would come out on top if it stood its own ground while under siege. In the future, Ankara’s assistance to Doha amid the blockade will be remembered and considered by Qataris and many others around the world.

Some pundits argue that Qatar will no longer prioritize its relationship with Turkey now that Doha and Riyadh reconciled. But this is unlikely to be a result of the Al-Ula summit. Given the fact that the Qataris will not trust the Saudi leadership for the foreseeable future, there is no reason to expect Doha to move away from its allies and partners that it grew closer to amid the blockade. Aware that a future Gulf crisis could erupt down the road, Qatar will continue to value its strong ties with Turkey, Iran and other states that enabled it to withstand the siege. When it comes to Qatari foreign policy, hedging is the name of the game, and Turkey is critical to achieving this strategy that has helped Doha maintain its independence as a sovereign nation-state. To this point, only three days after the Al-Ula accord’s signing, Qatar’s Foreign Minister Sheikh Mohammed Bin Abdulrahman Al Thani emphasized that Doha’s relations with Ankara and Tehran will remain unchanged in the post-blockade period.

The renormalization of Saudi-Qatari relations can lead to new geopolitical realities in the Middle East that further Turkish interests. Regarding Gulf Arab reconciliation, Riyadh appears to be on somewhat of a different page than Abu Dhabi and Manama, which both appear less keen than Saudi Arabia to reaccept Qatar into the Arabian fold. Within this context, Turkey would gain from Riyadh and Abu Dhabi becoming less aligned on regional affairs.

Furthermore, the Al-Ula summit brightens the prospects for a Saudi-Turkish rapprochement, which Ankara desires especially with Erdoğan’s government worrying about the Joe Biden presidency exacerbating tensions within the Turkey-U.S. alliance. Given that Turkish support for Doha throughout the GCC crisis was one of the numerous issues that created significant friction between the Saudi kingdom and Ankara, Riyadh and Doha’s reconciliation could make it relatively easy for Turkey to pursue warmer relations with Saudi Arabia without having to do so at the Turkish-Qatari alliance’s expense. In fact, shortly after the Al-Ula summit, a Qatari official stated that Doha would be willing to help mediate between Turkey and Saudi Arabia in order to help reduce tensions in the Middle East.

Although it might be too optimistic to expect Ankara to achieve detente with all of the blockading states, a Saudi-Turkish rapprochement is a real possibility. Also, an easing of friction between Turkey and Egypt cannot be entirely ruled out either. Throughout 2021, if Doha can help Ankara improve its ties with the Saudi kingdom, Turkey could benefit financially at a time in which it faces major economic challenges against the backdrop of the global COVID-19 pandemic. To be sure, reconciliation between Turkey and Saudi Arabia would also mark a major blow to Abu Dhabi’s efforts to establish an anti-Turkey coalition in the Middle East and the Eastern Mediterranean – an Emirati campaign that gained momentum shortly after Turkey launched Operation Peace Spring in October 2019.

At the same time, optimism about Ankara and Riyadh’s relationship beginning a new chapter based on cooperation and a rebuilding of trust needs to be cautious. A steady improvement in Turkish-Saudi relations is not necessarily inevitable. Numerous issues of contention remain in the picture and could serve to keep Ankara’s relationship with Riyadh in bad shape. These include the Jamal Khashoggi affair, the Libyan civil war, Riyadh’s relationship with the PKK's branch, the YPG, in northern Syria, and Sudan’s political transition. Overcoming these sources of tension in Turkish-Saudi relations will require some time and good-faith efforts on the part of both governments. Moreover, there is an open question about how much of Riyadh’s reconciliation with Doha and efforts to ease friction with Ankara is because of King Salman’s push. The public is not entirely clear about how involved Crown Prince Mohammed bin Salman (MBS) is in these recent shifts in Saudi foreign policy, or at least how much he genuinely supports them. As Erim put it, “the health and longevity of a possible Ankara-Riyadh reset rests in the answer to this question.”