What the Syrian opposition should do next 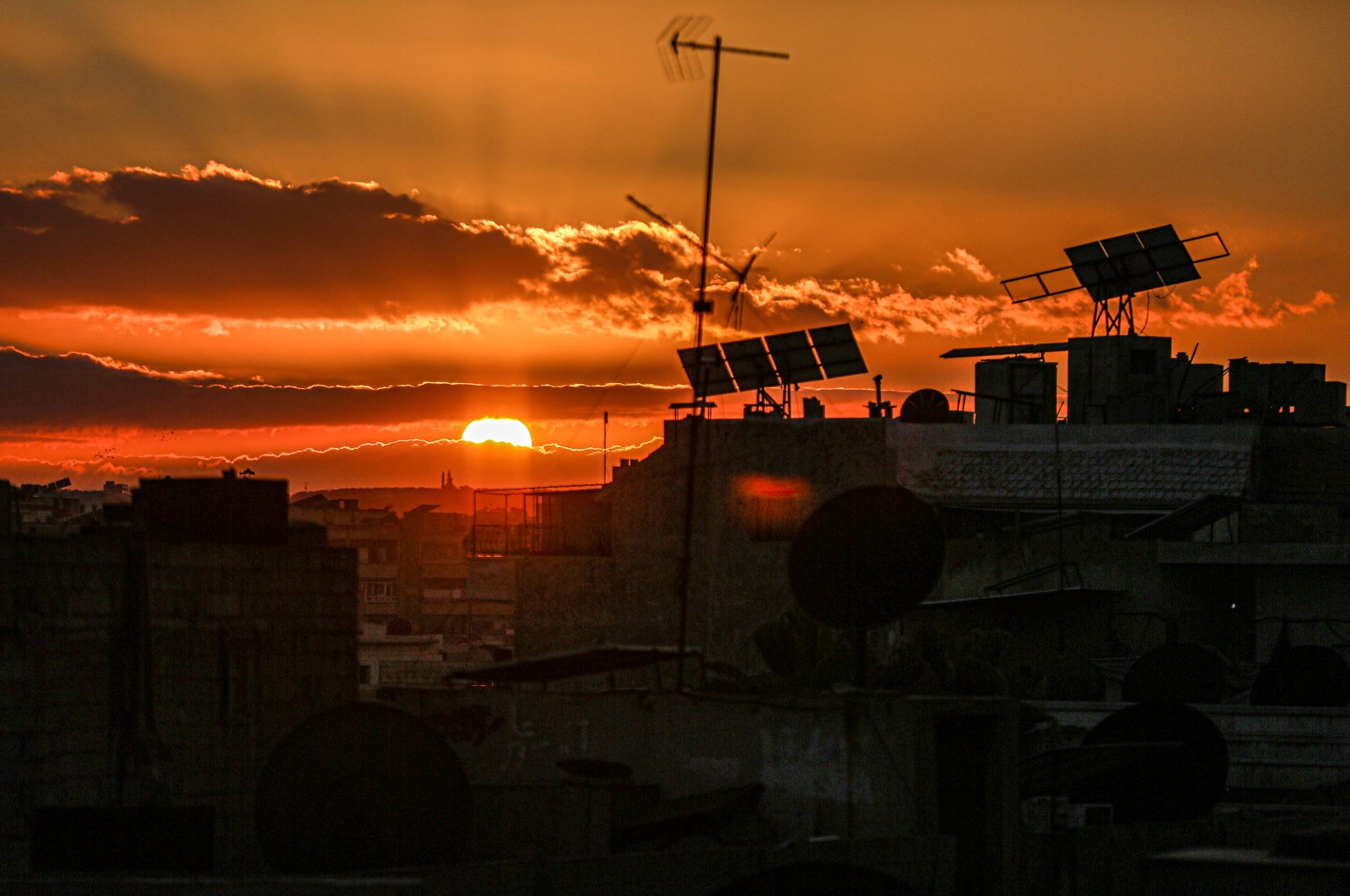 After 10 years of revolt, the Syrian opposition is in a state of crisis. The momentum of 2011-2015 – the golden era of the revolution – has ebbed away. Regional and international actors who supported the opposition have migrated their policies from “Assad must go” to accommodating themselves to his continued survival, however awkward and distasteful that might be.

Now, Assad wants to “win” a fourth presidential term and, with the support of some Arab states, rehabilitate himself by taking back Syria’s seat in the Arab League, all the while playing Russia against Iran and positioning himself as the indispensable lynchpin of a minoritarian order in the Levant. The Syrian Opposition Coalition (SOC) appears abandoned by its friends and increasingly irrelevant.

At its heart, the opposition’s crisis is one of legitimacy. Yes, militarily it has faced setbacks and financially it has always struggled, but no Syrian on the ground at the time ever expected the SOC to fight a war or manage an economy.

From Day One, its purpose was clear: drawing in decisive Western military intervention that would topple Assad. What the protestors, and later the armed opposition groups, expected from their political leaders in Istanbul was a repetition of the Libyan scenario, and consequently the SOC established its legitimacy on the promise that it can deliver exactly that.

But the leaders of the SOC did not live up to their side of the bargain. The West did intervene militarily, but it was not decisive; the slow stream of weapons to the armed opposition gave Russia plenty of time and pretext to conduct a military intervention of its own.

Faced with Moscow’s armed veto, the SOC’s next move was to reestablish its legitimacy on the basis that it can negotiate an end to the Assad regime. It engaged positively with the United Nations in all the rounds of dialogue despite the obvious lack of seriousness on the part of Assad.

While talks about talks took place in Geneva, the regime in 2016-2019 rolled up one opposition enclave after another, helped by the Russian Air Force and Iran’s extensive militia network. The U.N. Security Council Resolution (UNSCR) 2254, the only internationally agreed upon formula for ending the conflict, remains almost entirely unimplemented.

The U.N.’s Constitutional Committee, composed of regime and opposition representatives tasked with drawing up a new constitution for the country, has yet to make any serious breakthrough, despite it being formed in 2019.

The regime has procrastinated every step of the way, a situation made worse by Moscow’s interpretation of UNSCR 2254 as essentially a means of rehabilitating Assad and not as a road map for a political transition. The prospect of an unravelling of the regime through dialogue appears increasingly remote, and with each round of failed talks, the SOC loses credibility in the eyes of its constituency.

The Syrian war has now evolved into a militarily frozen conflict. What remains of the revolution is now confined to Syria’s northwest, where there is a de facto safe zone protected by the Turkish military and administered partly by the SOC’s Syrian Interim Government (SIG), and partly by the al-Qaida-linked Hayat Tahrir al-Sham (HTS).

With no major fighting since 2019, the front lines with regime forces and the U.S.-backed YPG/SDF have taken on a certain permanency. The opposition has been left with 10% of territorial Syria, home to 3.5 million civilians, or roughly 20% of all Syrians still living in the country.

The governance structures in the northwest have grown increasingly tied to Turkey’s own through administrative and infrastructure support extended by ministries in Ankara and provincial authorities, and by the adoption of the Turkish lira to replace the devalued Syrian pound.

This presents an opportunity for the SOC. It should seize upon this frozen phase of the conflict to renew its mandate to Syrians by offering the 3.5 million who live under its administration a new social contract, this time based on realistic and tangible goals.

The bargain is quite simple: support us in return for enhanced security, governance and stability in the northwest. This should not be outside the scope of what the SOC can achieve given that it is already succeeding with meager resources.

Right now, civilians in regime areas are fleeing to the northwest because of a failing economy where you must line up for bread and fuel, and where a state salary will buy you only a box of baklava. Despite the far from ideal situation in the northwest, it is still markedly better than life under Assad’s government.

This is a surprise win for the SOC, and it should build upon it as part of a wider strategy for long-term resilience that must also include the settling of the HTS question. This of course is a far cry from what the opposition had hoped for in 2011, but it is the current reality that must be adapted to.

Realism, however, does not mean that UNSCR 2254 should be put aside. On the contrary, the SOC should double down on UNSCR 2254 by pushing for all negotiating baskets, particularly on governance and security sector reform, to be opened for negotiation as a condition to further participation in the Constitutional Committee.

The SOC should also push for a specific track on creating a “safe, calm and neutral environment” for the whole of Syria, which has been called for by U.N. envoy Geir Pedersen in every briefing he has delivered to the U.N. Security Council (UNSC) since 2019.

This environment should begin with a comprehensive cease-fire, followed by the release of detainees and the facilitation of civilian life including trade and access to education and health services.

Security committees, like that of the 5+5 Joint Military Committee of Libya, should be formed under the auspices of the U.N. and the supervision of the main external backers: the U.S., Russia and Turkey.

No progress at the Geneva level can be expected while cross line shelling continues to be routine, and aerial targeting of hospitals and fuel distribution depots an occasional occurrence. Connecting the Geneva track to tangible improvements in real world conditions might be the only way for UNSCR 2254 to remain relevant in the long-term.

What can the SOC do?

The Syrian opposition might not have won the war, but it has not been defeated either. It is still in the game and finds itself allied to an increasingly assertive Turkey.

Assad knows that no further progress can be made in the northwest, Turkey's Bayraktar drone has made sure of that. But conditions in the northwest can be improved, and those who can help, should.

The U.S. can complete what it set out to achieve years ago of de-linking the SDF from the PKK, increasing inclusivity in the SDF command and ensuring that the SDF does not attack the northwest or Turkey.

The European Union can consider re-extending financial assistance to the SIG to better deliver services and build governance capacity to absorb the growing numbers of internally displaced people escaping poverty under Assad.

The SOC should be pushing for all this not just because it needs purpose and legitimacy, but because it is time for the opposition politicians to reward the perseverance of those 3.5 million civilians whose decision to remain in their country is the most powerful act of resistance, and whose indefatigability the only guarantee of continued struggle for a unified and democratic Syria.

These are the same people that former U.S. President Barack Obama described as “farmers, dentists and folks who have never fought before.” Who would have given them any chance against a Russia and Iran-backed mafia state armed with chemical weapons and an air force?

The Syrian writer Yassin Haj Saleh called it “the impossible revolution.” Let not the coming decade be that of the impossible peace.