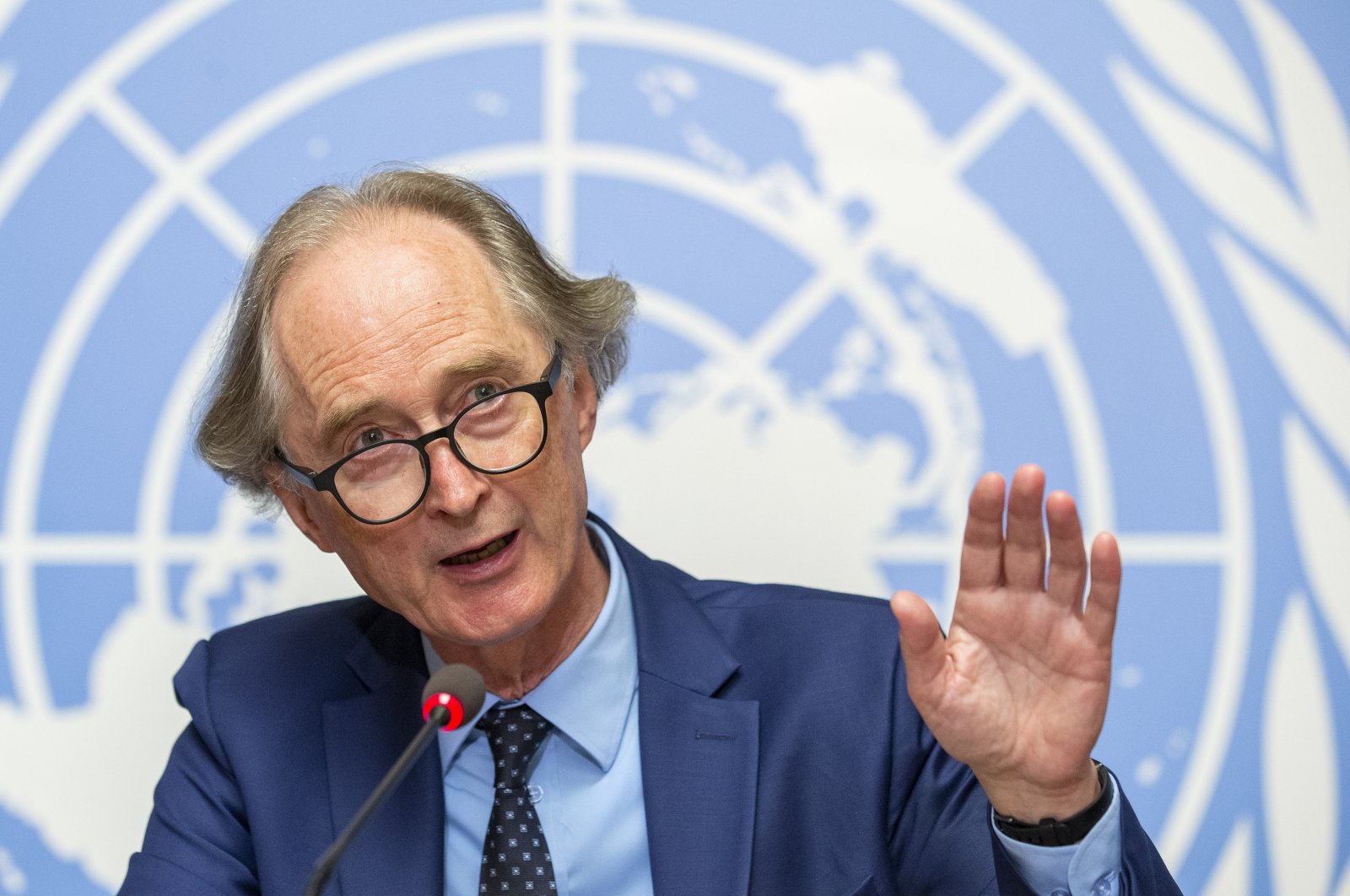 The first day of a new round in Syrian peace talks ended Monday in Geneva involving both the regime and the opposition, ready to return but not to comment.

Geir Pedersen, the U.N. Syria envoy, is facilitating the five-day talks of the 45-strong Syrian Constitutional Committee aimed at a final peaceful solution after 10 years of war.

Members of what is known as the "Small Group," responsible for drafting the constitution-consisting of 15 people each from the Assad regime, nongovernmental organizations (NGOs), and representatives of the Syrian opposition-gathered in snowy Geneva.

Access to the talks was closed to the press due to coronavirus, and only U.N camera operators and photojournalists were allowed in.

The main agenda item for the fifth round of the meetings-set to end Friday-is "basic principles of the constitution."

Hadi al-Bahra, the former Syrian head of the National Coalition for Opposition and Revolutionary Forces (SMDK), is co-chair for the opposition, while the regime's co-chair is Ahmed Kuzbari, a lawyer.

At a hybrid press conference on Friday, Pedersen said the issues to be discussed this week could not be sorted by Syrians alone but also need international cooperation.

He added: "We have seen, of course, a relative calm since March, when we had the agreement between Russia and Turkey for the northwest (Idlib). But as I've emphasized, this is a fragile calm.

"All of these issues cannot be sorted out by the Syrians alone. It needs international cooperation," said Pedersen.

In December, Pedersen said that after 10 years of conflict, it was not surprising that the process is slow-going and arduous.

The United States and several Western allies have accused Bashar Assad of deliberately delaying the drafting of a new constitution to waste time until presidential elections this year and avoid U.N.-supervised voting as called for by the UNSC.

At a Russian-hosted Syrian peace conference in January 2018, an agreement was reached to form a 150-member committee to draft a new constitution, which took until September 2019. Four previous rounds of talks have not brought any substantial progress. The opposition has been demanding a new constitution, while Assad's regime proposed that the current charter be amended.