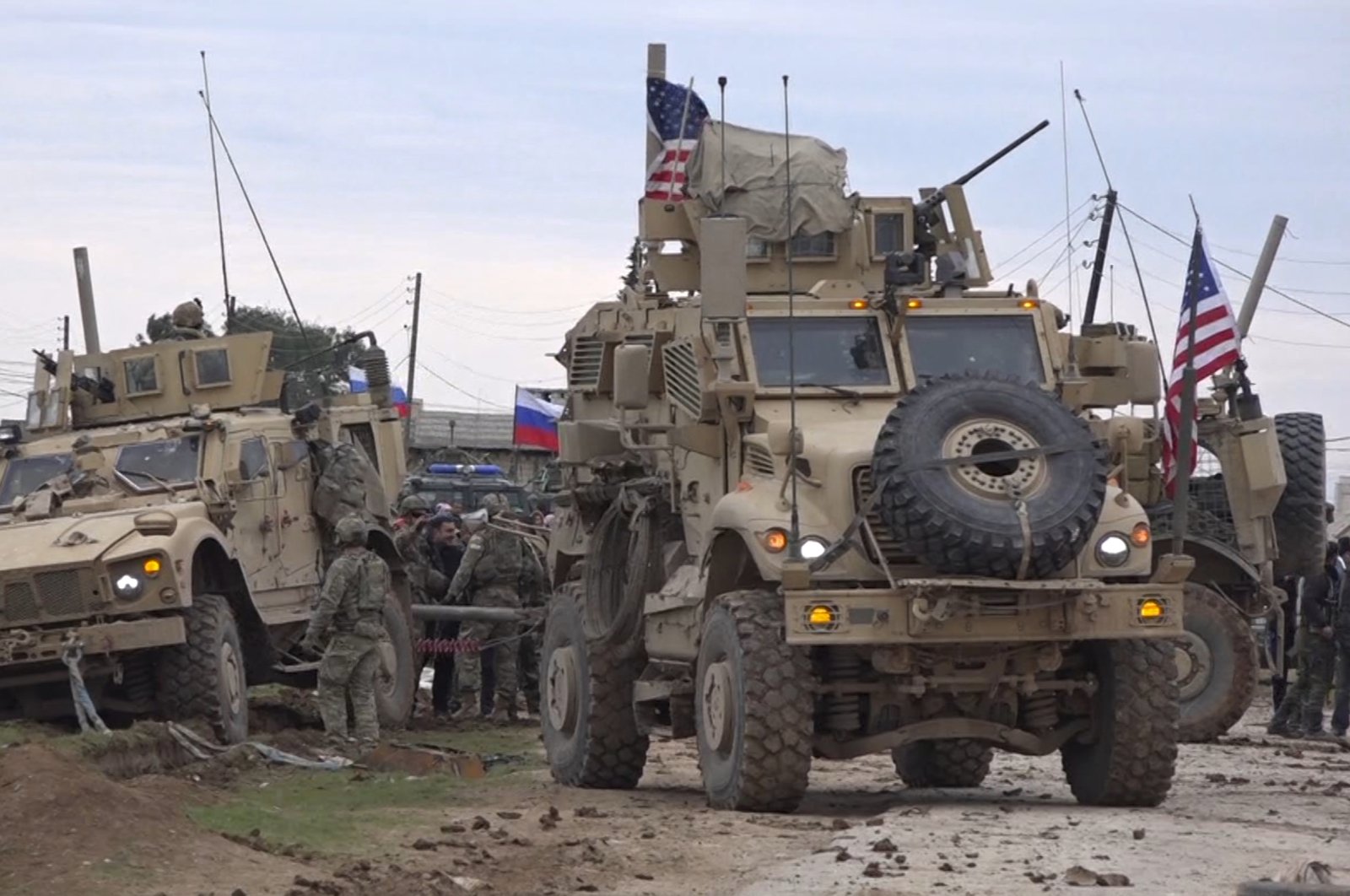 In this frame grab taken from video, people and soldiers gather next to an American military convoy stuck in the village of Khirbet Ammu, east of Qamishli city, Syria, Feb. 12, 2020. (AP File Photo)
by DAILY SABAH Feb 14, 2021 8:23 pm
RECOMMENDED

The trucks carrying military assistance, including the Bushmaster Protected Mobility Vehicle used by the U.K. Special Forces, were seen in the footage allegedly obtained in Qamishli, Syria.

NOW Dozens of #American military vehicles arrives to #NESyria from #Kurdistan region of #Iraq, in additional support for #SDF pic.twitter.com/bOW3jxowde

They were shipped from the Kurdistan Regional Government (KRG)-controlled area of northern Iraq.

The news came as 13 Turkish citizens were brutally executed by PKK terrorists in a cave in Gara, northern Iraq.

Locals in YPG-controlled areas have long suffered from its atrocities. The terrorist organization has a lengthy record of human rights abuses, ranging from kidnappings of suspected persons, recruiting child soldiers, torture, ethnic cleansing and forced displacement in Syria.

Also, the YPG's use of child soldiers has been repeatedly documented and criticized by international human rights organizations, including Amnesty International and Human Rights Watch (HRW). The group reportedly tricks parents into giving up their children or outright kidnaps them, taking them to training camps where they are denied contact with their families.

Most recently, the YPG has detained at least 100 civilians this month to forcibly recruit them in areas under its control in eastern Syria, according to local sources.

YPG terrorists continued to forcibly recruit civilians by separating them from their families in the eastern Deir el-Zour province, where a large Arab population resides. Terrorists rounded up more than 100 civilians, who previously participated in protests against the terror group, from their homes and at checkpoints in various regions of Deir el-Zour.

The PKK, which is listed as a terrorist organization by Turkey, the United States and the European Union, has waged a terror campaign against Turkey for more than four decades and has been responsible for the deaths of nearly 40,000 people, including women and children. The YPG is the Syrian offshoot of the PKK terror group.