Why is China interested in the Middle East and Turkey? 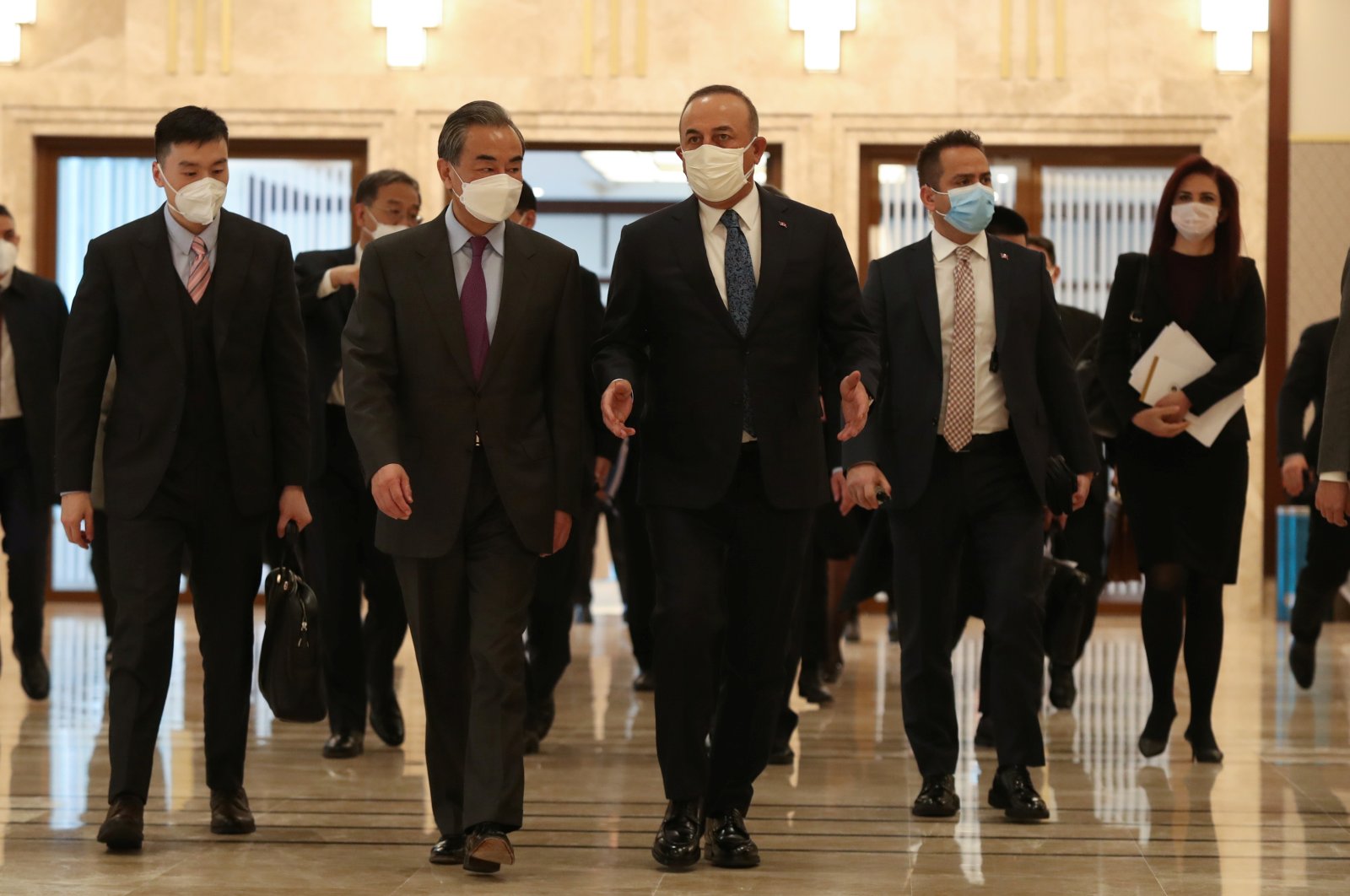 Chinese Foreign Minister Wang Yi paid his second trip to Turkey right after the Alaska Summit which was held between China and the United States. After Turkey, he is now planning to visit Iran, the United Arab Emirates (UAE), Oman and Bahrain.

-Will enhance our cooperation on fight against pandemic and vaccine.

-Conveyed our sensitivity and thoughts on Uyghur Turks. pic.twitter.com/fVdLLtgAey

According to the state-owned China Global Television Network (CGTN), during the talks, Çavuşoğlu reiterated Turkey’s commitment to the "One China" policy and that the country would not allow violence of terrorism to fall upon China in its territory.

China's senior diplomat and former envoy to the Middle East Wu Sike commented on Wang’s trip to the region, saying his visits reflect China's consistent attention to the region.

Wu also said that China-Turkey relations are deepening based on mutual understanding and respect for each other's concerns about ethnic and religious issues.

The two countries also need to strengthen communication and cooperation in combating national separatism, extremism and terrorism, which may also be the subject of Wang's visit.

Some Chinese news outlets also mentioned that Wang’s visit to the Middle East may promote the internationalization of the Chinese currency Renminbi, or RMB, and build a safe haven for U.S. dollar depreciation.

However, Turkey expected to maintain its balanced policy and avoid getting embroiled in the "war" between the two major powers.

Turkey is a NATO member, but the current conflict is not on the NATO agenda. It’s important to remember that Çavuşoğlu recently held his first face-to-face meeting with U.S. Secretary of State Antony Blinken during the NATO summit. The two sides both expressed support for one another.

Moreover, Turkey’s multidimensional foreign policy leads the country to extend its ties with other countries. In this regard, Turkey-China ties are expected to blossom after Turkey’s "Asia Anew Initiative."

The European Union is also involved in the ongoing trade war between China and the U.S. The U.S. and certain EU countries continue to pressure China in the name of "human rights and ‘democracy."

This situation puts pressure on third-party countries to choose a side between China and the U.S. At that point, the two major powers try to extend the sphere of their friend zone to maintain good relationships with partner countries.

China uses many tools to block U.S. influence in other countries. For example, right after Wang’s Middle East trip, Chinese Defense Minister Wei Fenghe is set to embark on visits to Hungary, Serbia, Greece and North Macedonia by March 31.

Wei's visits are intended to boost friendly and pragmatic cooperation with these countries' militaries. Some of the countries are NATO members.

Moreover, Greece has been known to host numbers of U.S. military in recent years, as another important Belt and Road Initiative (BRI) country in the Mediterranean and Aegean sea regions.

The two countries use their diplomatic tools to counter the spreading negative influence around the world.

Although China has a sharp attitude in reaction to international comments on Xinjiang; take it as interfering in China's internal affairs, Chinese media and some officials keep having to explain continuous positive developments in the Xinjiang Uyghur Autonomous Region.

In this regard, the Muslim Middle Eastern powers are the first to be in touch. Therefore, these visits are expected to block the "U.S.-oriented opinion" in the region. Turkey as a Muslim and Turkic country shows more connection to the region than other countries.

2021 is the 50th anniversary of Turkey-China diplomatic relations and is therefore expected to play an important role in bilateral ties.

Turkey’s increasing influence over the BRI and "Middle Corridor" regions proves the nation’s interest in cooperating with China.

Over the last decade, Turkey received massive investments from China. Numerous major Chinese companies have chosen Turkey as a regional hub for their companies.

Additionally, Turkey began to send an export train to China last year, extending its export products in the market while preparing to establish more consulates in China.

China’s economic support of Turkey is quite a testament given the grueling economic climate in recent years.

As we know, Turkey purchases its COVID-19 vaccine from China. Therefore, Wang’s visit carries importance for vaccine supplies. Most probably, the following months will show us the positive result of the visit.