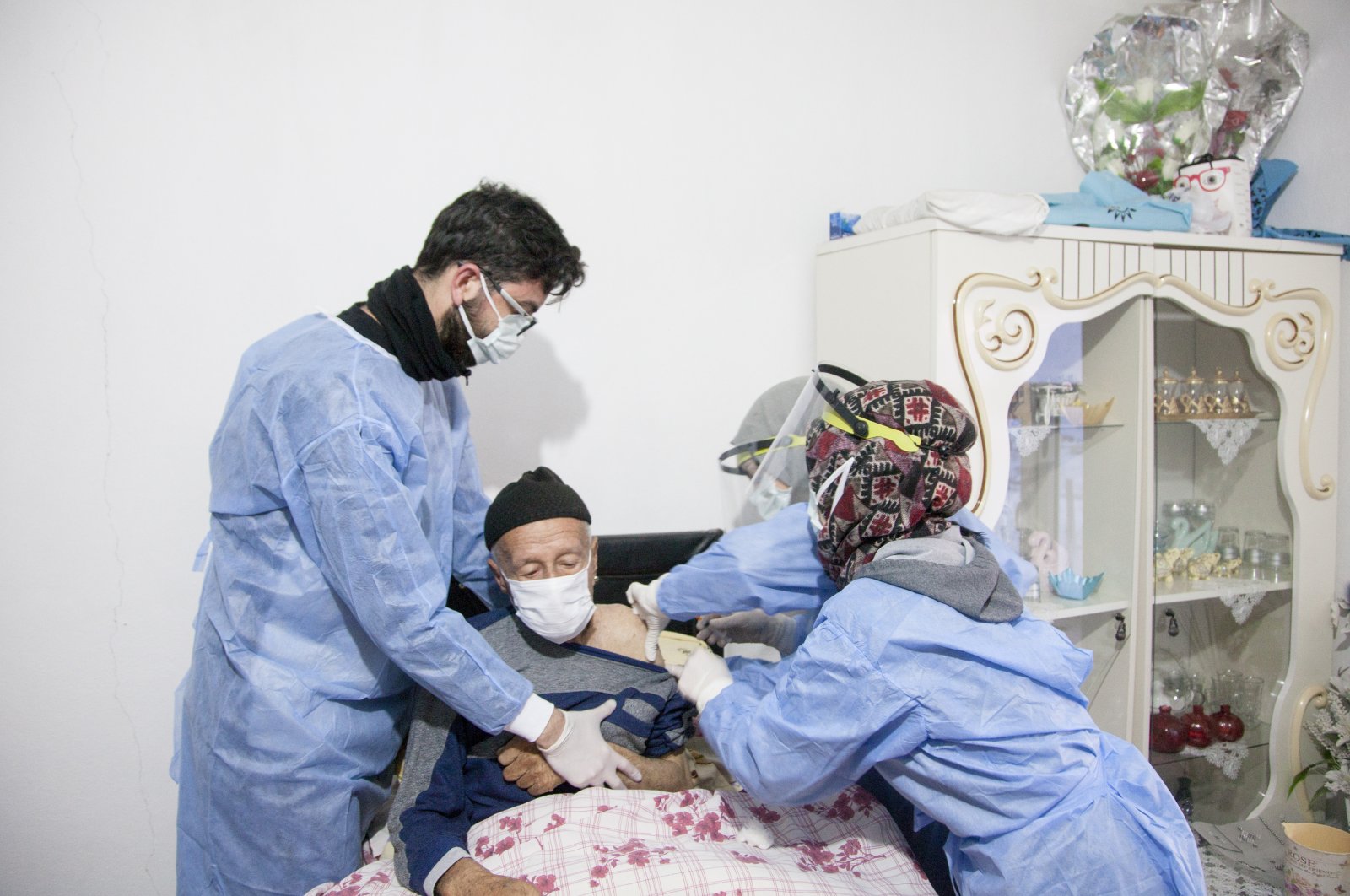 Turkey on Monday received 6.5 million more doses of the vaccine against COVID-19 from China as the nationwide inoculation began for those aged 80 and older

The second shipment of CoronaVac, an inactive vaccine against the coronavirus, arrived in Turkey on Monday. The shipment, comprised of 6.5 million doses of the vaccine developed by China's Sinovac Biotech, coincides with the start of inoculation of people at the age of 80 and above.

An initial consignment of 3 million doses of CoronaVac arrived last month and the country has so far vaccinated 1.27 million people, mostly health workers and elderly people, according to Health Ministry data. The latest shipment, part of a second consignment which will total 10 million doses, arrived at Istanbul Airport early in the morning on a Turkish Airlines flight from Beijing.

About 600,000 people were vaccinated in just two days when the vaccine rollout began in mid-January, but the pace later slowed as it moved beyond health care workers. Nursing home residents and staff were next to be inoculated. The drive later expanded to people, age 90 and older, who are unable to go to vaccination centers. Medical crews had visited them at home for first jabs.

The Health Ministry will test the new shipment, which medics say takes around two weeks, before the vaccines are administered. That means Turkey would be constrained to around 100,000 inoculations per day for the next two weeks. People who received the first jabs will have to wait for four weeks before the second jabs.

Turkey has recorded more than 2.4 million infections and 25,073 deaths due to COVID-19. A rise in cases over recent months led the government to introduce weekend lockdowns since December, but daily cases have dropped to below 6,000 in recent days, from a high of more than 33,000 in early December.

A website set up by the Health Ministry following the arrival of vaccines offers up-to-date information about the vaccination process. A map on the website shows the highest number of vaccinations were conducted in Istanbul, the country’s most populated city. A total of 232,113 people were vaccinated as of Monday. Istanbul is followed by the capital Ankara where 126,219 people were inoculated and Izmir, the country’s third-largest province where 79,031 people received first jabs. The map shows vaccines were administered to thousands of people in all 81 provinces.

A report by the Sabah newspaper says that the country plans to vaccinate at least 4.4 million people by the end of March. The Health Ministry has drafted a road map on vaccination priorities. According to the plan, the elderly, who are at higher risk from the disease, are prioritized. After people in their eighties, those in the age bracket of between 70 and 79 will be inoculated. People working in critical jobs, like soldiers and police officers, will be next in the vaccination drive after the elderly.

Although it relies on imports currently, the country plans to use its own vaccine in the near future. Human trials are underway in a few vaccines under development by Turkish scientists. One of the most anticipated vaccines under development is a virus-like particle vaccine. Developed by an Istanbul-based company, the vaccine is the only one to use that technology among others developed by scientists in the country. VLP mimics the structure of the coronavirus but contains no genetic material from it. Used in more than 100 vaccines across the world, the method is commonly used in the human papillomavirus (HPV) vaccine. None of the coronavirus vaccines approved so far use VLP.

Ministry of Industry and Technology Mustafa Varank, visited a laboratory in the capital Ankara on Monday where the toxicity tests for VLP vaccine were underway. Speaking to reporters there, Varank said the tests would precede Phase 1 trials of the vaccine, and they hoped the trials would start in early February once the vaccine receives initial approval from health authorities.

'DO NOT RELAX YET'

Vaccination is the country’s biggest weapon against the outbreak which has been affecting Turkey since March. Yet, it is still early to feel safe, said professor Tevfik Özlü. Özlü is a member of the Health Ministry’s Coronavirus Scientific Advisory Board which shapes measures to fight the outbreak. Speaking to Demirören News Agency (DHA) on Monday, he said that people should not rush to feel that they would have ever-lasting protection against the virus. “It takes about one and a half months for the vaccine to really offer protection. Antibody levels in the body reach the desired level (for immunity) only after 15 days after the injection of the first dose. So, we should not feel relaxed immediately,” he warned. Özlü called upon the people who received the first jab to continue adhering to measures, like wearing masks all the time, heeding hygiene rules and keeping social distancing with others.

“The protection the vaccine gives should be understood as protection from the disease for oneself. It is still unclear whether the vaccinated person will infect others or not,” Özlü added.

An 80% vaccination rate can be the only way to fully stop the pandemic, according to Özlü. “We still lose more than 100 people every day to this disease and still, more than 5,000 people are infected daily. The pandemic is also on the rise in the world despite the tight measures. So, we should not drop our guard. Certainly, vaccination is a good step toward the control of the outbreak, but it is too early to talk about its overall impact,” he said.