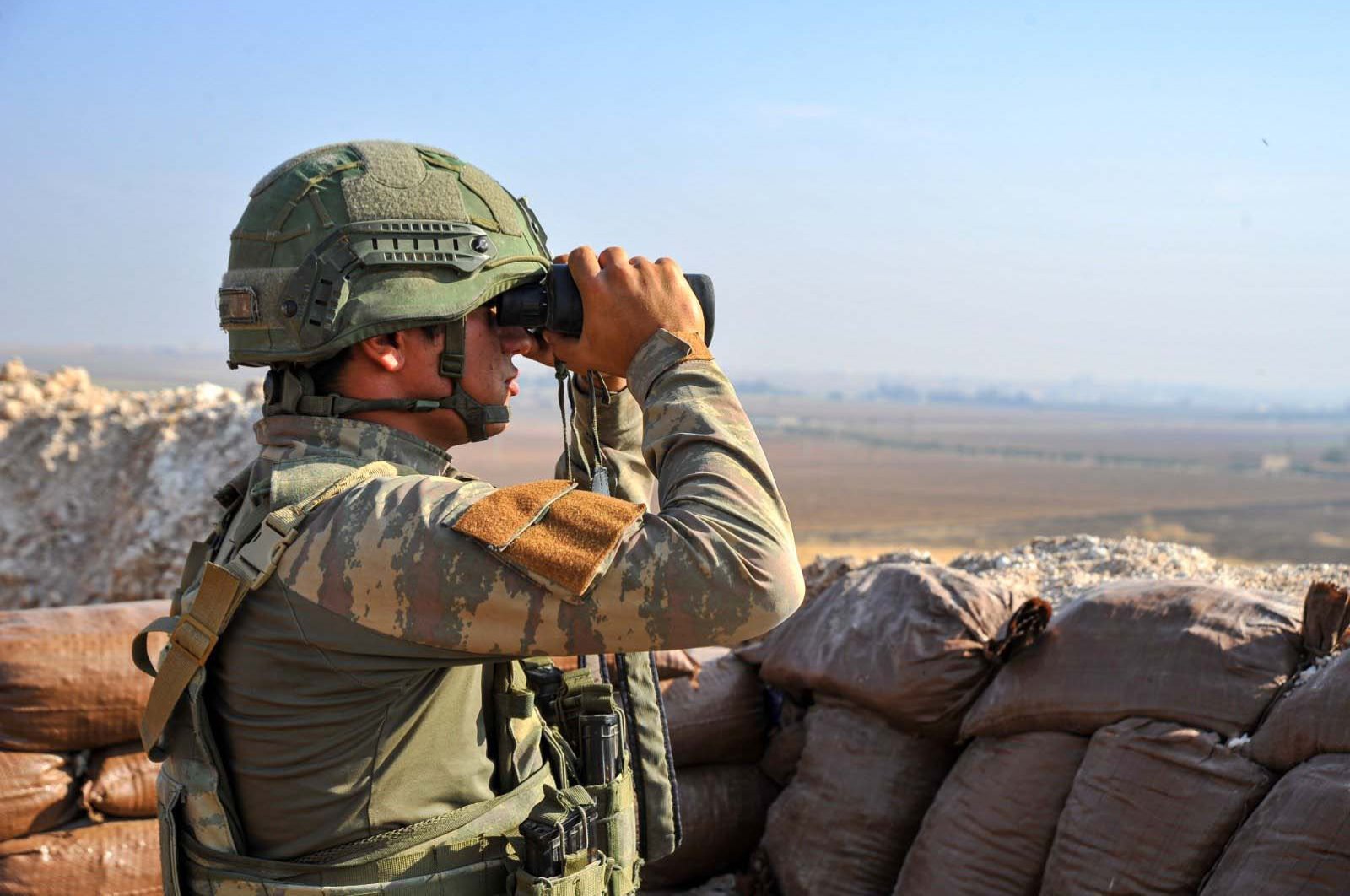 Turkey launched Operation Peace Spring, the third in a series of cross-border anti-terror operations in northern Syria targeting terrorists affiliated with Daesh and the PKK's Syrian offshoot, the YPG, on Oct. 9, 2019. (DHA)
by Anadolu Agency May 03, 2020 1:07 pm

"Twelve PKK/YPG terrorists, who opened harassment fire and attempted to infiltrate the Operation Peace Spring zone to disrupt the peace and security environment, were neutralized by our heroic commandos," the ministry said on Twitter.

Turkey launched Operation Peace Spring, the third in a series of cross-border anti-terror operations in northern Syria targeting terrorists affiliated with Daesh and the PKK's Syrian offshoot, the YPG, on Oct. 9, 2019, at 4 p.m.

The PKK – listed as a terrorist organization by Turkey, the U.S. and the European Union – has waged a terror campaign against Turkey for more than 40 years, resulting in the deaths of nearly 40,000 people, including women, children and infants.

Turkey has long disapproved of the threat from terrorists east of the Euphrates in northern Syria, pledging military action to prevent the formation of a "terrorist corridor" there.